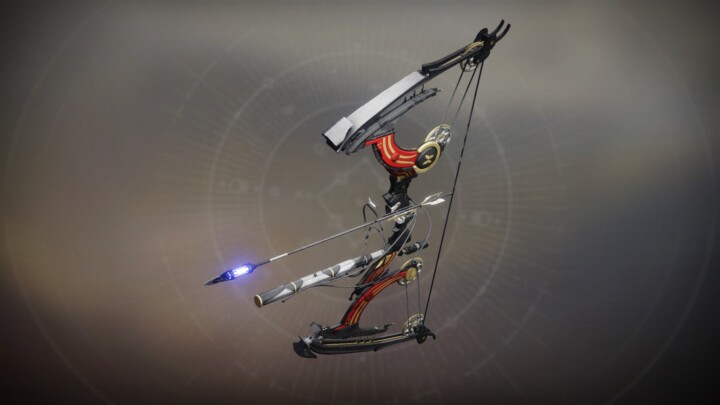 Bows are beautiful and classic weapons, but they are hard to use in Destiny 2 because they have a slow rate of fire. It’s hard to imagine that most players would use a bow as their main weapon if Bungie didn’t have some artifact mod to force them.

This shows that strings have been in danger for a long time. Bows have limited uses, mostly in PvP or high-end PVE activities like Grandmaster Nightfalls that force players to use certain champion mods. However, a recent TWAB from Bungie gave a couple of Exotic bows built-in champion-killing abilities, making them much more interesting endgame PvE options.

Under Your Skin is a seasonal weapon that was added in Season 16. Players could get it from the War Table or by finishing Psi-Ops Battlegrounds. Gather enough Deepsight versions of this bow, and you can make it. This is one of its best features, as players will want to get the Enhanced Perks for this Void bow as soon as possible.

The bad thing about this bow is that it takes a long time to draw, but it does more damage. To make up for its long draw time, players should get the perk in the first column, Archer’s Tempo, and the perk in the second column, Explosive Head. Explosive Head goes well with any Void build that includes Volatile Rounds.

Le Monarque is a much more well-known Exotic bow. It has the Void flavor and goes in the Energy weapon slot. This bow has been used a lot in PVP because it can poison enemies when it hits them, which makes it harder for them to heal. Because of this, Le Monarque will likely remain a favorite in PVP.

But PVE players shouldn’t forget about this Exotic either because Bungie wants to make Le Monarque more interesting in endgame PvE content. It will get an inherent anti-overload perk in season 18, which means it can be a great addition to a player’s arsenal when fighting those annoying Overload champions.

The Whispering Slab is one of Destiny 2’s older weapons, but it’s still good. Its strength as a bow comes from the fact that it can be used in the Kinetic weapon slot, which most bows can’t do. Kinetic bows are a must-have for endgame PVE, and every player should have at least one. The frame of this bow is light, which also adds to its appeal.

With it equipped, players can draw it quickly and move quickly; when combined with some of the perks, it’s hard to say no. For PVE, Vorpal Weapon is a must-have. It can be used with Archer’s Tempo to speed up the time it takes to draw. Keep an eye on the Dares of Eternity loot pool rotation and Xur’s inventory when he comes to sell his goods on Fridays to get this bow.

The Fel Taradiddle bow can be made at the Wellspring activity in Savathun’s Throne World. Players still looking for more bows that can be made should not look any further. To get it, players must ensure the bow is in the current rotation of loot. Once enough Deepsights have been unlocked, players can make the Fel Taradiddle and level it up to get some interesting Enhanced Perks.

The Fel Taradiddle is another Kinetic slot bow, making it a strong and unique choice. It has the same best perks as Under Your Skin, Archer’s Tempo, and Explosive Head. Players can also choose between Killing Wind and Successful Warm-Up, with Killing Wind being the worst choice.

Back to more Kinetic bows, the Biting Winds bow, added in Beyond Light and a must-have for almost any type of player, is worth getting. Unlike some of the other Kinetic bows on this list, Biting Winds does not have a light frame, so it will feel much slower when players use it. Still, it will do more damage.

Explosive Head is a perk that can be found in the second column. The first column is more about what you like, but Killing Wind and Rapid are usually good choices for players who aren’t sure what they want. The easiest way to get this bow is to go to Europe and finish the Beyond Light campaign. At one of the quest steps, it’s a reward.

One of the most important questions about Arc 3.0 is whether or not Trinity Ghoul will be able to use the effects and skills of Arc 3.0. At the time this list was made, this was still unknown. Trinity Ghoul could become a powerful ad-clear weapon, but it’s still on this list because it’s a great Exotic bow to get in preparation for Arc 3.0.

Trinity Ghoul’s special power is to set off a chain reaction of lightning. When you shoot an arrow, it breaks in half. The Trinity Ghoul has a longer draw time, like most exotic bows. This can make it feel slightly slow but not as slow as the Wish-Ender.

To get Trinity Ghoul, you need a little luck since it drops randomly from Exotic engrams.

The whole point of this bow is to shock and stun your opponents. The player will shoot a huge bolt that will knock enemies back and make them stumble. Even though bows aren’t as useful as they used to be, many PVE players still use Leviathan’s Breath, even in Grandmaster Nightfalls.