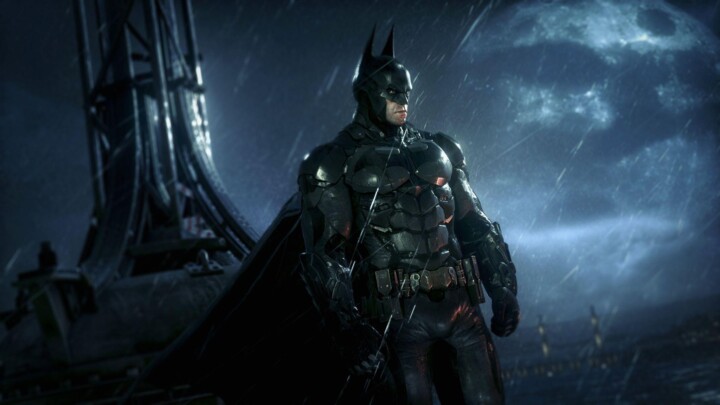 Since the unveil trailer, Rocksteady Studios has made it clear that this Batman game will still have one strong theme: family. Bruce Wayne gets ready to be the Dark Knight as his dead father, Thomas Wayne, talks about what he wants for his son. The bad guys have left Gotham City empty and are now working together under Scarecrow to kill Batman for good.

The Arkham Knight, a strange newcomer who says he can kill Batman, helps Scarecrow do this. But Bruce is not by himself. Catwoman, Nightwing, Robin, Oracle, and his other friends in the GCPD are with him. They are his family, which he has built up over the years of fighting crime. Rocksteady says that the Arkham series will end with a bang. So, as a nice way to end this series, here are 5 things you should know about Arkham Knight.

During the last few games, the size of our world has been growing. From the humble origins in Arkham Asylum to the now bewildering landscape of Gotham City, fans are about to climb into a large swimming pool of urban superheroes.

Guy Perkins, the marketing manager at Rocksteady Studios, told IGN that the change from linear multiplayer to an open world made the map bigger. With the addition of the bungee cord and the Batmobile to the flying mechanics from the previous matches, players can use Gotham City as their jungle gym.

The game has many DLC depending on where you pre-ordered it.

Arkham Knight looks like it will be a great game. But depending on where you got your copy, your experience may be different. Here’s a guide to help you figure out where to get your game. Rocksteady Studios hasn’t said if there will be a way to get all of the DLC in the future in an official statement yet.

The voice actors in this game are amazing.

Did you know that Harley Quinn is voiced by the same person who did Timmy Turner on Fairly Odd Parents, Bubbles on the Powerpuff Girls, Rikku on Final Fantasy X, and Raven on Teen Titans? Tara Strong has won many awards for her great voice acting, so it’s great to hear that she’ll be playing Harley Quinn again.

Troy Baker, who is best known for playing Booker DeWitt in Bioshock Infinite and the Joker in Arkham Origins, is joining her. According to IMDB, he voices Harvey Dent (Two-Face) and the Arkham Knight. Kevin Conroy, who is well-known for being the voice of Batman, is also on board. Since 1993, Conroy has been the voice of Batman.

This game will have a character switch system.

This is called “Dual Play” by Rocksteady Games. It will let players switch between their favorite heroes and simultaneously make moves as shown in the trailers. So far, only Batman, Robin, Nightwing, and Catwoman are known to be playable. You can only play as Harley Quinn, Red Hood, or Batgirl with DLC.

Rockstead Studios has affirmed that this will be a single-player game, so fans who want to experience the thrill of being the Dark Knight will have to wait. Even with this small problem, Arkham Knight is still gearing up to be one of the best blockbuster games of 2015.

The Arkham Knight is a new bad guy in the Batman universe. He wears a suit of armor that looks like Batman’s and is usually armed with two pistols. In recent previews, the Arkham Knight has been seen making fun of Batman and saying that he wants revenge on him.

He also seems to know much about Batman’s armor and tactics, which is strange. Fans have thought this person is ex-Robin Jason Todd, who goes by the name the Red Hood. Even though Red Hood DLC will be available for pre-order at Gamestop, the DLC story missions may show how Red Hood became the Arkham Knight.

This idea would also explain why all of the mercenaries in the army of the Arkham Knight are red. This writer thinks it would make sense for Jason to return to Gotham City, bring all of Batman’s enemies together so he can kill them or stop them from doing bad things, and then get revenge on Batman for not saving him.

It would also help explain why Scarecrow would want to get rid of all the people in Gotham City first since Jason still protects innocent people but doesn’t care about criminals’ lives. Even though this theory seems to make a lot of sense, the only way to know for sure is to wait until the game comes out.