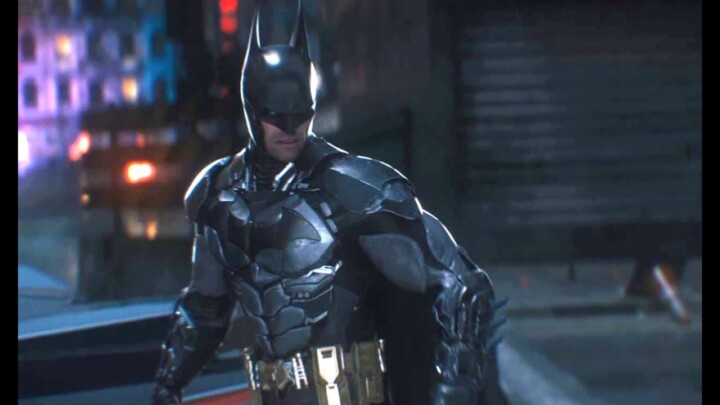 Batman: Arkham Knight has been on Xbox Game Pass for quite a while. But I wouldn’t say I like starting in the middle of a series, even if the games are still easy to play and the story has a lot of connections to the games that came before.

I always feel like I’m missing something, which can be frustrating. So, I finally got to play Arkham Asylum and Arkham City, and now we’re at Arkham Knight, the action-packed finale. When it all started, I didn’t know what to expect, but after I beat the first two games.

I couldn’t wait to see what the last one had in store. It was exciting to the end, and the last few minutes kept my eyes glued to the screen. But no game is perfect, and this one had a lot of things it could have done to go from being good to being a masterpiece.

So, what is it all about?

Batman: Arkham Knight takes place 9 months after Batman’s worst enemy, The Joker, died in a terrible accident. Scarecrow has recovered from his near-death experience with Killer Croc in Arkham Asylum and returned to get back at Batman and the good people of Gotham.

After Scarecrow makes one ominous threat and a strong show of force, the people of Gotham leave the city and get as far away as they can before he releases his poison. Before it’s too late, only crazy criminals are left to pick apart Gotham. To stop the toxic fiend and save the city, it’s up to the Dark Knight.

The freeflow combat system is back and better than ever, with a list of special moves and combos that could compete with some of the most basic fighting games. A skill tree-like system makes it easy to move up in the game. Batman often fights with other playable characters simultaneously, so you can easily switch between them and even do double takedowns.

Almost every gadget is back, and many of them have been improved so much that they look nothing like their Arkham versions and are better in every way. Even though they aren’t brand-new gadgets, their upgrades make it much easier to get around Gotham.

The Batmobile and Gotham

The Batmobile has finally returned as a fully playable vehicle with its bag of tricks. It was just a prop in the first game, and it was almost nonexistent in Arkham City. We finally get to see it in action, from the grapple hook that lets you climb walls in some places to how it can change into a full-fledged tank.

This time, the adventure is much bigger than the ones that came before it. This time, the whole city of Gotham is remade. But the people who used to live there have long since left. Now, the streets are filled with thugs willing to work for the next bad guy with money and a militia force led by Batman’s newest enemy, the Arkham Knight.

Then, what is good about it?

When I first started to play the Arkham games a few weeks ago, I didn’t think the story would be anything to write home about. In the past, superhero games have felt like cheap movie tie-ins, which are rushed to market to make a quick buck.

Arkham Asylum set the bar for how interesting and well-written a Batman game’s story could be, and each one seemed to take it to the next level. Arkham Knight isn’t any different. We get to know Batman’s mind better and feel the weight he’s been carrying all these years as he’s been pushed to his limits.

All of the characters’ reasons for doing what they did make sense, and some shocking moments made me stare at the screen in shock. It’s everything that I could have hoped for in a story. It brings the Arkham voyage to a satisfying end and ties up all the loose ends.

Managing two different characters during a fight was very smooth, and switching between them in the middle of a fight added a new element that I liked. The Bat family is very big, and seeing almost all of the Robins on screen made the fanboy in me cheer the whole time.

Even though most of its residents are being evacuated, the map of Gotham City looks and feels like a real, busy city. The way the Batmobile destroys things and small parts of buildings. You can feel the car’s weight when it crashes through a thin wall or barricade.

And, what’s so bad about it?

I’ve been dying to see the flying car in action since the first Arkham game, and I thought it would be the best part of Arkham Knight. The Batmobile is the part of this game I hate the most, and it’s the only thing that keeps me from calling it a masterpiece.

I also had a few problems with the fighting this time because Batman’s punches didn’t have the same satisfying crunch as they did in previous games. This made the fighting seem less real. But none of those things bother me as much as Batman’s most famous vehicle.

It’s hard to drive, and even when you get the hang of it and can keep it on the road, it’s painfully slow compared to the militia vehicles you have to chase down. I thought it might be because of the tight turns in the city, but when we got on a mostly straight road, The Batmobile still had trouble keeping up.

But it’s not all bad. The Battle Mode was a lot of fun, and there were some epic tank battles on the streets of Gotham, but whenever I had to go a long way, I would rather get out and glide because it was a much better way to get around the city.

Batman: Arkham Knight is a hard game to recommend, to be honest. On the one hand, I’m very disappointed by the main vehicle in The Dark Knight, but on the other, I loved every second I wasn’t in The Batmobile.

All the fast-paced action, detective work, and sneaking around like a ninja that I’ve come to recognize and love are even better, and this should be the jewel in the crown of the Arkham series. The Batmobile is too big of a flaw to overlook. If the car isn’t fun to drive, it won’t be fun to race, and this game has quite a bit of racing.

I kept going through all of this because I decided to invest in the series and wished to see it through. But I wouldn’t be surprised if someone quit the game because of it. Only if you’ve played Arkham Asylum and Arkham City should you play Batman: Arkham Knight on Xbox Gamepass.