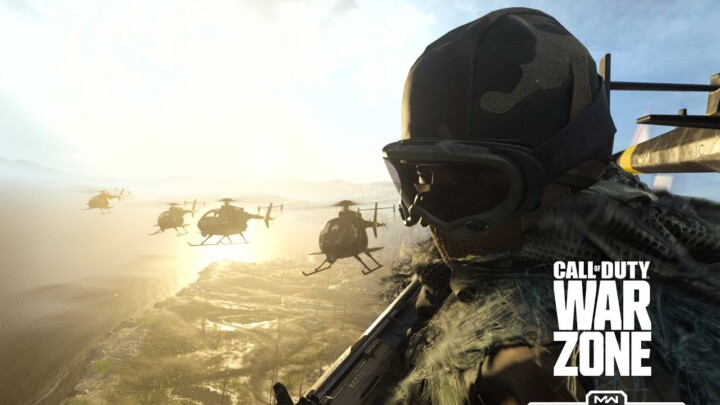 As part of Season 4 Reloaded for Call of Duty: Warzone, Activision has added a new mode called Titanium Trials that will only be available for a short time. In line with the game’s Terminator Operators, the mode is meant to make players feel like they are cyborgs by giving them much more armor than before and making many other changes that make it different from the regular battle royale mode.

Titanium Trials is on Caldera and has a maximum of 152 players. Like in regular BR, four teams have to try to be the last team standing. But the max health pool has been raised to 400 (when fully plated), meaning that the time to kill (TTK) has increased for everyone.

To fit the Terminator theme, it takes longer for health to regenerate. All players start with a Self-Revive kit, the Tempered Perk shows up more often, and the loot pool has been changed. Also, Buy Station costs are higher, but the cost of Loadouts decreases as the match continues.

You get a hard-as-nails mode that rewards players with big magazines and punishes those who don’t try to get as much cash as possible during a match. Titanium Trials has more at stake, so how should you play this new mode?

Communication has never been more important.

In this mode, enemies have more health, so you’ll need to be on the same page as the rest of your team to ensure you can finish off enemies that are already hurt. Normal BR modes require communication, but since the TTK is so fast, you can get away with running around like a headless chicken. But in Titanium Trials, the difference between winning and losing can come down to how well you describe your callouts.

For example, if you know an enemy team is coming from a certain direction, you should ping in that direction and say something like “enemy team on my ping.” It would help if you also tried to keep track of how many enemies you encounter and how much damage you do to them. You can avoid a lot of trouble if you tell your team that the enemy on the far right is about to die.

Focus on getting money

Cash is important in every mode, but since Buy Station items are more expensive in Titanium Trials, you’ll want to go out of your way to make money quickly. You don’t have to finish contracts in regular BR modes, especially if you’re a good player.

But in Titanium Trials, you should try to finish contracts like Bounties, or Most Wanted that pay out a lot. You’ll be glad you did, especially if most of your team dies and you have to buy them back. If you and your team have good weapons, go straight to the contract you feel most comfortable with to get money fast.

Get armor plates as soon as possible.

In Titanium Trials, the amount and distribution of health differ from other games. When you have full health, 100 HP is your main health pool, and the other 300 HP is your armor. But because it takes longer for health to come back in this mode, you should go out of your way to get armor plates as soon as possible, even if you’re in the middle of a gunfight.

The Best Weapons In Season 4 Of Call Of Duty: Warzone
READ

This is sometimes easier to say than to do, but if you try to hide applying for one plate, your chances of surviving will increase. In this mode, you must also have the Tempered Perk, which lets you reach max armor with only two plates instead of three. Remember all this as you fight, and try reapplying plates when the time is right.

A great damage per mag is essential.

Titanium Trials are hard, so you should bring a gun with a big enough clip to give yourself the best chance of winning. It would help if you only chose weapons with magazines that hold at least 40 rounds. Depending on how many shots it takes to kill someone with a certain weapon, you might get more or less out of it.

Even weapons that do a lot of damage, like the OTs9, should be avoided because they can only hold up to 40 rounds. The Scar, which can only go up to 30 rounds, is the same. We’ll talk about specific weapon suggestions below, but remember that the number of bullets a clip can hold makes a big difference in Titanium Trials, so be ready.

The best loadouts for Titanium Trials

In this mode, damage per mag is very important, so you’ll want to bring big magazines with fast TTKs. This tip is important no matter what, but it’s even more important in Titanium Trials because players’ health is much higher there.

Also, snipers can’t hit someone in the head with a single shot, which makes them much harder to use. This doesn’t mean you should ignore them completely, but most players will probably do better if they stick to automatic rifles with lots of ammo and low recoil.

Here are the best builds for Titanium Trials, two for long-range and two for close-range, along with the recommended Perks and Equipment to bring. With a few small changes here and there, many recommended builds are the same as the ones that don’t involve the Titanium Trials.