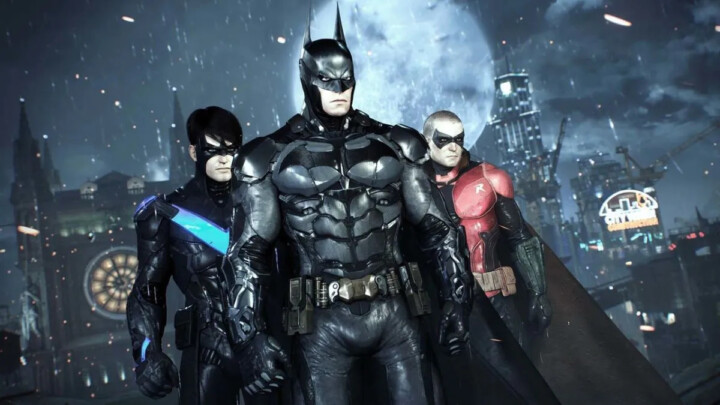 In the Batman Arkham games, the player always had a set of upgrades for Batman to use. You can improve your combat, stealth, and movement using WayneTech points you earn by doing different things in the game. These upgrades will help Batman kill enemies faster and improve his existing tools. In Batman: Arkham Knight, there are many upgrades to consider. In this post, I’ll show you some of the best ones.

If things didn’t get messy, a Batman game wouldn’t be a Batman game. There will be several enemies in the game. You must ensure you have the right gear to fight the bad guys. Early in the game, you should upgrade your ballistic armor when there aren’t as many bad guys with guns. Later, when there are more bad guys with guns, you’ll be sorry you spent all your WayneTech points on gadgets.

When you first see the Batmobile, you will be astounded by how much it resembles a tank. This is something that will blow your mind. There is little question that WB Games took things to an entirely new level with the addition of the Batmobile.

The 60mm Cannon on the Batmobile is capable of devastating damage, but it takes a significant amount of time to reload. Because you won’t be using the Cannon or ballistic armor frequently at the beginning of the game, you won’t have to upgrade them. However, as the game progresses, you will discover that the 60mm Cannon is the only weapon capable of destroying several of the opposing tanks.

What’s so great about the 60mm Cannon Reload Speed upgrade?

Why is the upgrade to the glide boost attack so good?

There was a grapnel boost in the earlier Batman: Arkham games, but the one in Arkham Knight is on a whole other level. Within the Gravel Boost area, you have access to a maximum of three different improvements. It is recommended that players maximize their use of the grapnel boost as soon as it becomes available to move about Gotham City as rapidly as possible. When Scarecrow blasts off-gas over the city, and you need to move fast in the sky without hitting the ground, it’s a huge assistance to have this ability.

What is so great about the Grapnel Boost Upgrade?

If your health is low, you should quickly use grappling to get out of a fight.

The fear takedown ability was introduced in Batman: Arkham Knight and the player’s reaction to it was very positive. If you manage to catch your foes off guard, you can eliminate a good portion of them before the battle even begins by performing a fear takedown on them. Upgrade this ability as soon as possible at the beginning of the game to eliminate as many foes as possible before they have a chance to discover your presence.

What is so great about The Fear Multi-Takedown x 5 Upgrade?

You can gain WayneTech points by accomplishing simple challenges, or you can spend those points to buy a wide variety of other improvements. Make it a priority to get upgrades at an early stage of the game since if you believe the game’s difficulty will remain the same throughout, you are setting yourself up for failure. I hope that this post was of some use to you.