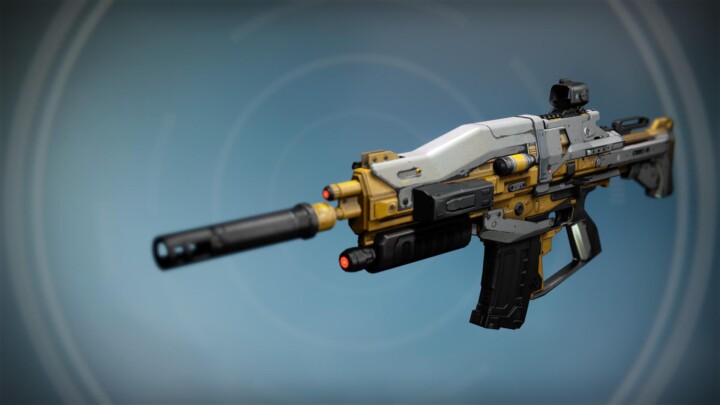 Bungie, best known for making the Halo video game series, made the popular looter-shooter game Destiny 2. You can choose from three classes in this MMO RPG and get different weapons from raids and other activities. You can also change their stats and roles by competing in different tasks.

Bungie is always giving the game new weapons. Some of these weapons can be obtained through public quests and activities, while others can only be obtained by finishing certain dungeons or killing certain enemies. In the same way, the only way to get Adept Weapons is to do some of the hardest things in the game.

Everyone in the Destiny 2 community wants Adept Weapons, and having one gives you the right to brag. This is because getting Adept Weapons is the hardest thing in Destiny 2. This guide will talk about some of Destiny 2’s Adept Weapons.

In Destiny 2, adept weapons are special versions of the weapons already there. Also, you can only get an Adept weapon from endgame content. They have shaders that are different from the normal ones. With that shader, you can change the color of your weapon. Even though you can’t use that shader on weapons that aren’t adept, it’s still a pretty unique trophy.

The Adept weapon gives players better stats, and the Masterwork weapon gives them even better stats. Even though it’s a huge pain for Master to work on a weapon, you know where. Master, You can brag about using an expert weapon for everyone in your community and among your friends.

How can you acquire Adept Weapons in the year 2022?

Even though the Adept weapons have slightly better stats than their predecessors, they are probably the hardest to get in Destiny 2. You can get them from Grandmaster Nightfalls, flawless Trials of Osiris, and Master-tier Raids. Even with well-coordinated teammates, these activities are very hard to complete.

In the trials of Osiris, you are considered perfect if you win seven rounds in a row. When you get to the flawless, you can go to the lighthouse, which is a hub. You can get an Adept weapon and other rewards from a chest in the lighthouse. But remember that these rewards change weekly, so it’s best to watch when the weapon you want drops.

You can get an Adept weapon by completing the Vault of Glass Raid and the Vow of the Disciple Raid on the master difficulty level. The Vault of Glass Raid is a free-to-play dungeon, which means it is the only place in the game where players can get good weapons without spending money. You need the Witch Queen DLC to get into the Vow of the Disciple Raid Dungeon, which is too bad.

Destiny 2: 6 Tips For Raiding The Garden Of Salvation
READ

What are Adept Mods, and how do I collect them?

Adept moderators are a special type of regular mod. Even though they are sometimes a little better than their equivalents, they can sometimes change how your weapons work. You can purchase an Adept mod from Chess master Nightfalls, flawless Trials of Osiris, and Master-tier Raids. This means you can grow crops with the Adept mods while looking for the Adept weapons.

Even though you can get all of the adept mods from these places, you can only get two of them from one place. After getting a perfect score in the Trials of Osiris, you can get Adept Icarus Grip from the lighthouse. You can get Adept Big One’s Spec from Grandmaster Nightfalls and Master Tier Raids.

There are 38 Adept weapons available in Destiny 2 right now. Most of these weapons are great for PvP and PvE, but some are better than others. But with the right build and some good rolls, any average weapon can be useful in certain situations.

The Vault of Glass Raid is where you can get the Found Verdict. This shotgun has one of Destiny 2’s best aggressive frames. As of Season of the Haunted, you need to have Found Verdict in your PvE loadout. Going to open Shot Roll is the best skill for PvP, while Surplus is still a decent PvE skill.

This weapon is free to use, meaning anyone can get it from the Vault of Glass Raid. The greatest feature is that you can obtain a weapon with better stats if you do this Raid more than once. If you’re lucky when you roll for your weapons, you can make this shotgun a real beast.

The Vault of Glass Raid is where you can get Corrective Measures. Some of the favorite class perks can be found in Corrective Measure. With Rewind Cycles and Firefly, this legendary machine gun could be the best in the game. Even though this gun isn’t meant for PvP, if you roll the dice right, it can be a beast in PvP.

You can use this weapon from the Cellar of Glass Raid for free. This incursion is the only place in the game where players can get good weapons without spending real money. A better weapon variant can also be found in the Vault of Glass Raid.

The Vault of Glass Raid is where you can get the Fatebringer. Fatebringer is one of the most famous legendary weapons in the game. It has insane stats and great bonuses. Even though Explosive Payload and Torchwood are great for PvE, Attempting to kill Wind and Opening Shot is also very useful for PvP.

This is another secret treasure from the Raid on the Vault of Glass. If you know what you’re looking for, this hand has a lot to offer, and the Destiny 2 community loves it for how it looks and can do. Since this is a free-to-play weapon, it is easy for players to get a better version of it from the Raid.

The Vow of the Disciple Raid is where you can get Forbearance. This wave frame grenade launcher is the best we’ve got. Even though Forbearance is a good choice for PvP, it shines in PvE. Chain Reaction is among the finest rolls for any PvE activity.

Vow of the Disciple Raid is where you can get Insidious. This weapon seems to have no bad perk in its perk pool and is great for both PvP and PvE. Aggressive Burst does a lot of damage in a short amount of time. Both PvP and PvE are great ways to use Rapid Hit and Rampage.

From the Vow of the Disciple Raid, the Witch Queen DLC has a lot to offer. You could get weapons like Insidious and farm their better versions with God rolls and better stats from these raids. This weapon is a good option for clearing raids and doing other things.