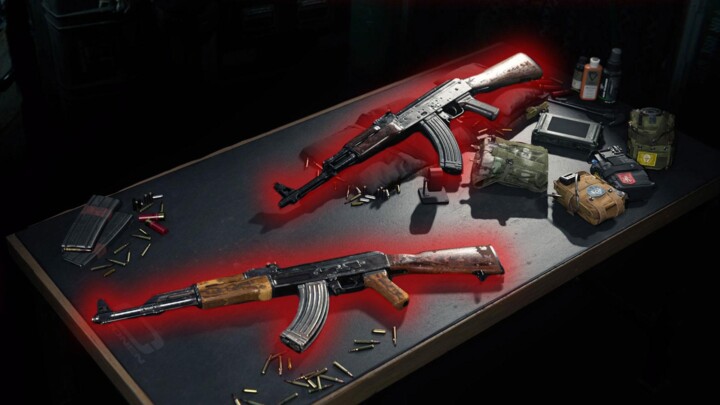 Since it came out in 2020, over 100 million people have played Call of Duty: Warzone, making it one of the most popular battle royale games. If you’ve played, you know it can be hard to win, especially if you have trouble finding a weapon that works for you.

Warzone is played very differently than Modern Warfare, Black Ops Cold War, or Vanguard’s usual multiplayer suite. The goal is to have a varied loadout that works well in all situations and helps you survive against 140 or more other players.

You might find some good weapons along the way, but your best bet is to use your custom load-outs, which you can get from a Loadout Drop. You can buy these from a Buy Station, which gives you full access to all of your custom guns and attachments.

Warzone’s developer, Raven Software, often changes how many of the best weapons work to keep things interesting. Since Call of Duty: Vanguard is now a part of Warzone, there are plenty of weapons to choose from.

There are more than 160 of them. Here, we’ll go over the best weapons in the game, from the most versatile to the ones that do the most damage, along with the best attachments for each, so you’ll be ready for any situation.

Since Vanguard was added to Warzone, the Cooper Carbine has been in and out of the meta, but after the Season 4 Reloaded update, it is now the best weapon in its class. It got a buff and has one of the best tanks in the game, better than weapons like the BAR, Bruen Mk9, and XM4.

Because of this and the fact that it’s easy to control, it’s a top pick in the current meta. The other thing to think about is that the Cooper Carbine is a great support weapon for snipers, even though the recommended build is for long-range. No matter where you are, Caldera, Fortune’s Keep, or Rebirth Island, the weapon will serve you well no matter how you use it.

The KG M40 has replaced the NZ-41 because it doesn’t have as much recoil. Even though its TTK isn’t anything special, it’s easy to hit even from hundreds of meters away. On paper, many of the best assault rifles can have a ridiculously fast time to kill (TTK), but you’ll rarely get that because of several things.

But because the KG M40 is so easy to control, you’re more likely to get its fastest TTK. It has one of the fastest bullet speeds, making hitting your target easier. You might not have leveled this one up because it was never very popular, but you should give it a try because this is now the best long-range assault rifle since the NZ was nerfed.

The Modern Warfare Kilo 141 is now a meta weapon. It has always been good, but after many other weapons were nerfed, the Kilo has moved back to the top of the list. It also got a slight buff, so it now has only one damage dropoff instead of two. This means that it will be more useful at longer ranges, around 55 meters, where the second damage drop used to be.

The Kilo doesn’t hit as hard as the KG M40, but it’s easier to use so you might like it better. Also, remember that the Kilo is a Modern Warfare weapon, which means it’s a bit slower and has fewer optic options, but it’s still a great weapon, especially at mid- to long-range.

The Vargo 52’s best feature is that it can be built for either long-range or sniper support. Its TTKs are between the XM4 and the AK-47 (CW), making it a good choice no matter how good you are. The weapon’s higher rate of fire of 791RPM makes it a much better sniper support weapon than the AK-47 (CW). This is something to think about when choosing a weapon.

But the Vargo 52 works best at about 25 meters, in the middle of its range. At this range, it beats weapons like the FARA 83, AMAX, and XM4, depending on where your shots land. In short, this weapon works well in many situations and can compete with many of the best assault rifles.

TTK is the most important stat for close-range weapons, but the Armaguerra 43 isn’t the best in this way. It does, however, shine in other ways. It has a fast aim down sights (ADS) movement speed, so you can move around quickly even when you have your scope on. From up close, this is huge, and in some situations, it could be a deal-breaker.

It also has a fast time-to-kill (TTK) that lets you win most close-range gunfights against other SMGs. You’ll find it harder to use this weapon past 15 meters, but as long as you stay within that range, the Armaguerra will work well for you.

The H4 Blixen is one of the most useful SMGs because it does well in many different areas. It works well at medium range, and if you use the Bergstrom 17 F3 Barrel, it will be much easier to hit your shots from far away because it increases the speed of the bullet.

Up close, this gun isn’t as good as the Type 100 or Marco 5, but in almost every other situation, the H4 Blixen is great, with great TTKs, mobility, and a relatively easy-to-use design. We think you should use this weapon, especially as support for snipers.

It also has a lot of different magazine sizes that you can switch between depending on how you play. For example, the 7.62 Gorenko 36-round magazines work best in smaller team modes. For Trios and Quads, we recommend the larger 54-round magazines.