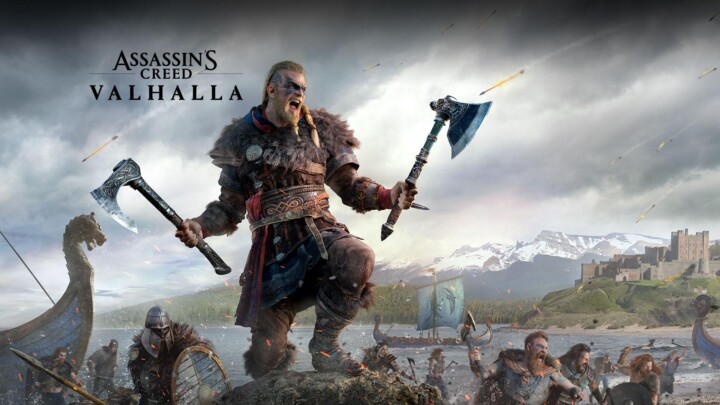 In Assassin’s Creed Valhalla, you will meet many different people traveling through England and other places. Some of them are incredibly kind and caring, while fans of others wish they had never been added.

People often want to know how the game’s supporting characters rank since they appear in side quests, in the main story, and passing. We can put them in order based on how well people like them and how memorable they are to players.

Hytham wants the Hidden Ones to be successful in their mission, so he has decided to live his life for them. The fact that he was so committed to the cause that he almost gave up his life for it put him at the top of this list, even though he is the reason why there are still questions in the game. This character was hurt when he tried to kill Kjotve, but that didn’t stop him from taking on a new job in Raventhorpe to run a bureau.

In Norse mythology, Freyja is Odin’s wife and the Goddess of love and beauty. She is one of the most liked because of this and because cats are very important to her, which is something everyone can appreciate. Her job was to be queen, but she managed to make her changes to Asgard. Unlike her husband, she made it feel more like home.

After Kjotve the Cruel died, King Harald brought Norway together, and his people loved him. Even though Eivor and Sigurd didn’t like him, players liked him because of his desire to bring peace and his level head. This character has great hair for a Viking, and his eyes are so kind that you wonder why Eivor is so suspicious of him.

Finnr is in East Anglia because it was his job to choose a king to rule that area. At first, he can be hard to deal with, but then you realize that he is a true Dane and represents his people well.

He likes to drink, knows how to Flyte, and will do anything to get revenge for the deaths of his friends. Players also love him because they can hire him as a Jomsviking, which is one of the best parts of the game. After all, you can watch him fight in raids with your crew.

Valka is a wise seer who helped Eivor figure out what her visions meant. She even made potions to send Eivor to Asgard and Jotunheim, one of the best parts of the story, so that she could fulfill her destiny. This makes her both cool and likable. This persona is always wise and friendly, as she is always there to listen to Eivor talk about her problems.

Birna is a member of Soma’s advisors, and she could be one of the people in her group who betrays her. It would have been impossible to put her on this list if she had been. Birna is a fighter and lover; her heart longs for Soma’s love. Soma left when she didn’t get anything in return. She became one of your Jomsvikings so she could give you alike her wisdom and her sword.

Ubba was the brother of a real Viking named Ivarr. Everyone liked him because he was kind and a good leader. His brother was out for blood, but Ubba always looked on the bright side and was good at making decisions. No matter how you tell Ubba that Ivarr was killed, he will say that he knows Ivarr is in Valhalla because he always looks at the glass as half full.

Holger is the one who teaches you how to fly at the start of the game, but he shows up a few more times because he likes to get into trouble. Some people might find it hard to like him, but despite his flaws, he does have a certain charm. People in the Raven Clan don’t like him, which is why he is so low on this list. But players remember him, which is why he made the team first.

Tarben runs the town’s bakery, but what makes him so likable is his interesting past and the fact that he might end up with Eivor. In a past life, he was a man named Guthban who gave up being a thief to do something easier and less dangerous.

Tarben swore he would never hurt anyone else again, and this change is what makes him so likable. Eivor can also date him. Who wouldn’t after he told him about the bad things in his past and the good things in his future?

Otta Sluggason is a person you will meet as you explore Sciropescire. You can find him by Lyftmere’s Pond, where he is hitting stones with a bat at targets. He is a component of a side quest and a World Event in which you have to hit certain goals within a certain amount of time.

This baseball player made this list because of how he acts and because Cody Bellinger from the Dodgers voices him. He did rank lower, though, because this sport didn’t start until 1839, and the fact that it is based on history takes away from it.