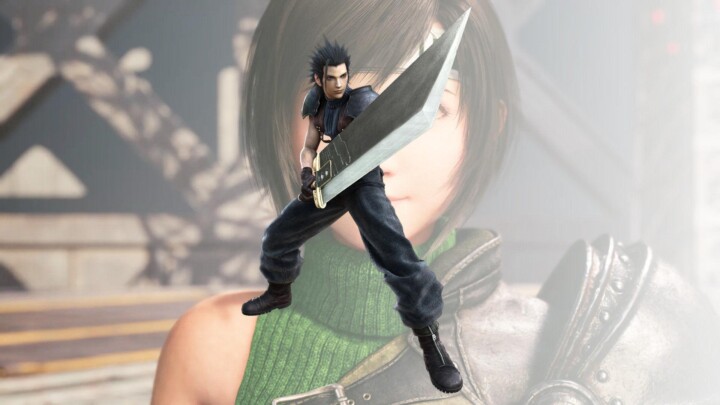 Final Fantasy is a very popular franchise, and a big reason is that it focuses on large groups of well-developed characters who work well together. But as much as we love the unique qualities of each party member, the games usually focus on a single, stand-out character as the main hero.

And most of the time, they’re the most interesting and brave people in the group of good guys that the player is leading through the game. But the important word there is usually. Not every shot will hit the target, so sometimes our main characters miss the mark, no matter how much the game wants us to love them.

We don’t like them because they have no personality or the most annoying laugh. Here are five of the best central protagonists in Final Fantasy and five of the worst.

Cecil didn’t have much personality or story arc, just like most of Final Fantasy IV’s plot. But sometimes, sticking to the basics is the best way to go, and that’s exactly what happened here.

He starts as a strong and capable Dark Knight, but he has to face his demons to become a real champion of the light. Or at least, that’s how most people would describe a Paladin. He saves the day and gets the girl, which heroes usually do. There aren’t many moving parts to mess up, so he did exactly what he had to do.

The game Final Fantasy VIII was fun to play. It wasn’t the best in the series, but it wasn’t the worst. It told a great (if confusing) story that captivated a whole generation. But the main character, Squall, didn’t add much to the fun because he was as emotional as a brick that nobody bothered to throw through a window.

Squall is the perfect example of the “mysterious bad boy” trope taken way too far. He is so mysterious and emotionally distant that he doesn’t make anyone feel sympathy or interest. He has a cool sword and a crazy scar, but not much else is going for him.

In the world of Final Fantasy VII, Zack was a character that fans always wanted to see more of, and they got what they wanted when he got his own game for the Sony PSP called Crisis Core. It was easily one of the best things on the platform, which may not be saying much.

Crisis Core allowed players to learn much about the man Cloud wanted to be. He was a bit of a spaz, which could be annoying at times, but he had a heart of pure gold, which made up for it. He always puts himself in danger for other people. His last stand to protect Cloud was the best example of this.

You might think that a character named Lightning would have an electrifying personality. Still, the main character of Final Fantasy XIII is just another emotionally flat, needlessly “mysterious” stand-in with as much depth as a puddle that dried up three days ago.

10 Most Expensive Items In The Final Fantasy Series
READ

Final Fantasy VI has such a great cast that it can be hard to pick the main character since almost every character has their storylines and reasons for doing what they do. But Terra Branford, who has a lot of problems, is by far the main character and a great one at that.

Even though she starts as a blank slate who doesn’t even seem to know how to become human, this is because she isn’t entirely human. Figuring out that Terra is a mix of esper and human is very interesting and helps the player get through the first parts of the game.

As if Square was starting to realize that their moody, emotionally damaged protagonists were getting old, they did take a hard left with Final Fantasy IX. They went too far by giving us an annoyingly happy monkey boy.

Final Fantasy IX was a very charming game with many good points, but Zidane wasn’t one of them. He had some good moments, but he also had a lot of cringe-worthy ones. One scene featuring Garnet’s rear is especially memorable, and he is blamed for the fact that the main characters are still annoying.

10 Most Expensive Items In The Final Fantasy Series