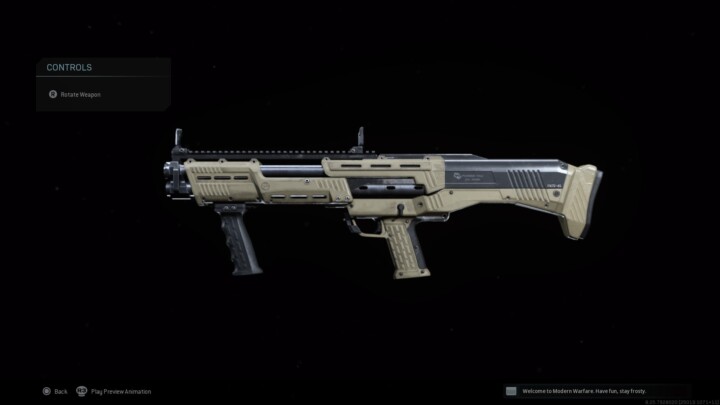 With the addition of weapons from Modern Warfare, Black Ops Cold War, and Vanguard to Call of Duty: Warzone, players, have a huge selection of weapons to choose from. Players usually choose SMGs with a fast fire rate for close-quarters battles to reduce the time it takes to kill (TTK). The Owen gun and the Type 100 are great examples of these weapons.

There is, however, a small group of players who like to get close to their enemies before taking them out with a few shots. For these kinds of people, a shotgun makes the most sense as a weapon. These players prefer to move rapidly through tight corners and dissolve anyone within range. In this article, we’ll talk about five of these shotguns players would like to use for fighting up close.

There are 14 shotguns that players can use in Call of Duty Warzone right now. But only a small number of them are good enough to compete in the current meta. But anyone who gets in front of the business end of any of the following five shotguns is going to get mowed down.

As part of adding Modern Warfare to Call of Duty: Warzone, the JAK-12 was added. Since then, no one has wanted to be near this deadly weapon. It is a fully automatic open-bolt shotgun with a hip fire that is very powerful. Players can use this gun to move quickly through tight spaces without aiming down the sights, making it too easy to use.

To get the most out of this gun, players must attach:

This Cold War weapon in Call of Duty Black Ops lives up to its name. With its fast rate of fire and large magazine, this shotgun makes it strangely easy to wipe out whole squads. Aggressive, experienced players use this weapon all the time to move quickly through tight areas of a building. They can easily send a whole group of enemies back to the lobby with just one gun magazine.

For this weapon to be as deadly as possible, it needs the following attachments:

This Call of Duty Black Ops Cold War shotgun is a real threat in the close quarters of Rebirth Island. It’s not as powerful as the other two shotguns, but Gallo still rips through anything. It’s a semi-automatic shotgun, but it still has a good rate of fire. Its great damage and steady rate of fire make it stand out among its peers.

For the Gallo SA12 to become a very deadly weapon, it needs the following attachments:

If you know how to use this Call of Duty Vanguard shotgun well, it only takes one shot to kill with it. Even though it has been weakened in several ways, it is still a useful weapon on the Caldera and Rebirth Island maps. It does much damage and is much more mobile than any other shotgun in the game. This makes it a great choice for skilled, aggressive players.

The Combat Shotgun comes with these accessories:

Einhorn is a shotgun that came to Call of Duty Warzone when Vanguard was added to the game. This weapon was thought too strong and dangerous when it first came out. Even though it has been weakened in a few ways, this semi-automatic shotgun is still a strong contender and a fan favorite. In the right hands, a gun with good damage, a long-range, and a fast rate of fire can wipe out the competition.

As a Vanguard weapon, this shotgun can be turned into a dangerous monster by adding up to 10 attachments.

With these 5 shotguns, players who like to play aggressively in close quarters will have fun. Using any of these shotguns as your main weapon would be a real slap.

8 Suggestions To Help You Make It Through Resident Evil 7