Leaked image confirms the release of Call of Duty: Infinite Warfare and remastered version of the first Modern Warfare

Released by Assassin’s Creed Rogue Remastered, here are the scores

8 facts, easter eggs and fun facts about the Spider-Man game for PS4

The new game of Spider man it was released just over a week ago, and it’s already a huge success. But, in addition to being a very good game — check out our review — it’s also full of easter eggs and cool curiosities. Check out some of the coolest ones with us!

1 – There are dubs that change depending on the situation

I’ve already mentioned this in my game review, but it’s so cool that it doesn’t hurt to remember: in the original dub of the game (in English), the Insomniac Games requested that the voice actor of Peter parker/Spider-Man, Yuri Lowenthal, record 2 versions of all phone conversations that the character has during the game.

Today in Ridiculously Polished Video Games: Spider-Man seamlessly switches between two different vocal takes depending on whether or not he’s exerting himself pic.twitter.com/3KRXOZnihU

The reason? Whim: the Spider speaks more naturally and calmly if he’s standing still, but he can speak the same phrases more intensely if he’s running and jumping across Manhattan rooftops. It’s just a detail, but it shows the affection (and perfectionism) of the producers.

2 – There is a lot to see in the windows

In many games, windows are just different textures on walls. not the case in Marvel’s Spider-Man: behind practically all the game’s windows, it is possible to see rooms, kitchens, offices, in short, a little piece of the life of those who live or work there.

The atmospheric platformer PLANET ALPHA will debut later this year on PC, PS4, Xbox One and Switch 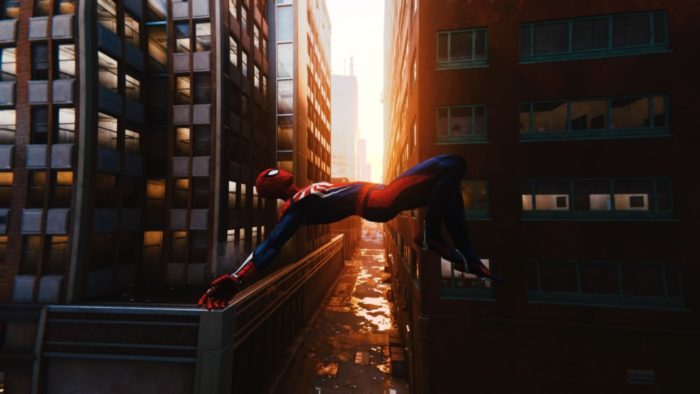 There’s something to see behind every window in the city

Of course they are not fully built and rendered rooms, but a cleverly used parallax effect. Some of these rooms even have their own easter-eggs, with little dolls. Spider-Man and your friends on bookshelves and shelves!

Okay, this title was a little sensational, but the truth is, in a way, one of the most iconic villains in the Spider makes a tip in the game… actually it’s not even a tip, but right? 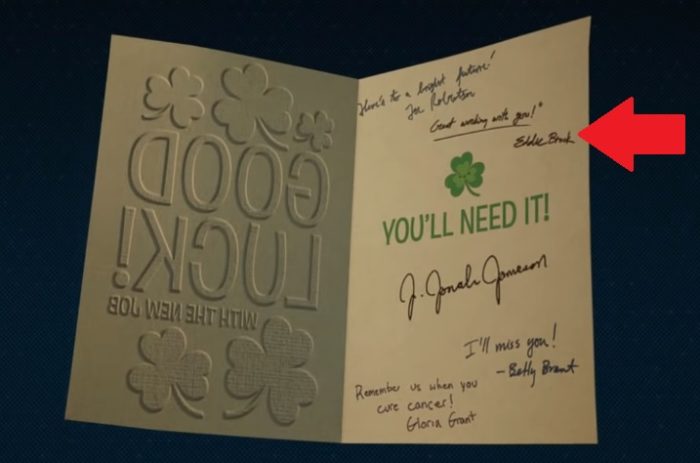 Note that other luxury supporting actors also signed the card

Explaining: the backpacks that are scattered around the city hold relics that marked the life of Peter parker It’s from Spider. Some are direct references to villains — like the tip of the horn of the rhino, or a part of the helmet of the Mystery — but the participation of the venom is much more subtle: on the farewell card of the team daily bugle, we can see the signature of Eddie Brock in a little corner.

Heavy Rain is coming to PS4 in early March

Even though he’s no longer the editor of daily bugle, J. Jonah Jameson has a lot to say about the Spider in Marvel’s Spider Man: through your talk show/podcast Just the Facts, he exposes slanders and absurdities about the Neighborhood friend, and always manages to make the hero look guilty. 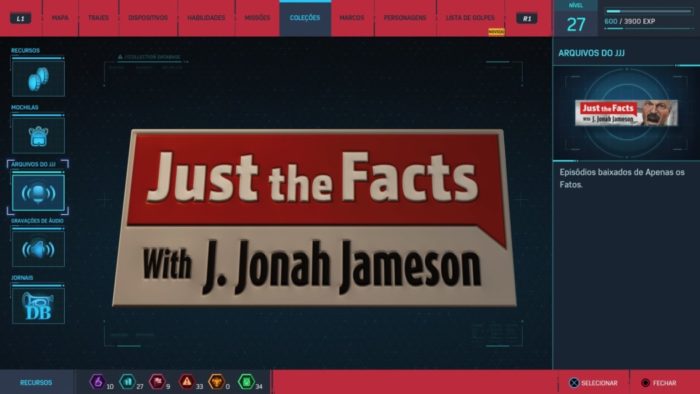 “Just the Facts”… and lies about the Spider

But that’s not all: if you go 3 or 4 days without playing, when you come back you will be received by a special bulletin that says the Spider has not been seen around the city in recent days. If you change uniforms a lot, Jameson will tell you that the hero is undecided, wondering if that doesn’t indicate he’s hiding something.

5 – A city integrated into the Marvel universe

Even though it’s a pretty faithful recreation of real-world Manhattan, the city we explored in Marvel’s Spider-Man also travels to the world of fiction, integrating many elements of the universe Marvel. 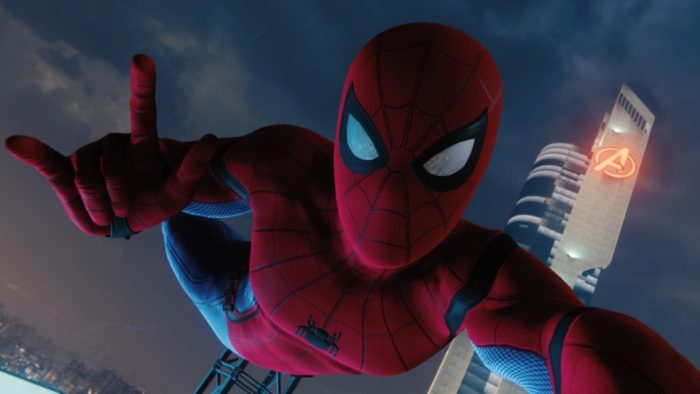 Do the Avengers they are at home? 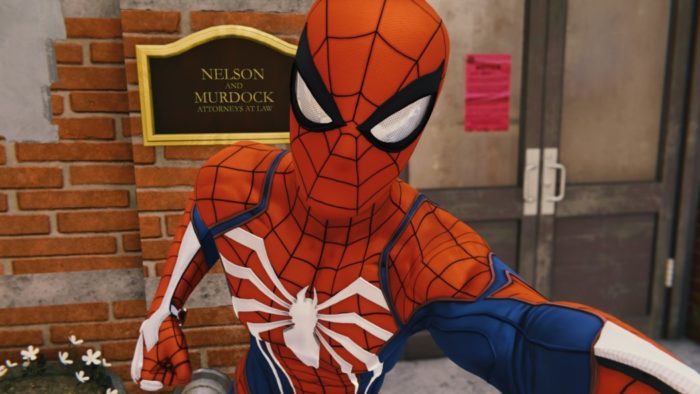 And these two there, you know?

In addition to the imposing tower of Avengers that stands out in the landscape, in a stroll through the streets we can find the law firm of the demolisher, the embassy of Wakanda, the spy agency of Jessica Jones, the temple of Dr. Strange, and much more!

6 – The Spider doesn’t kill anyone

Fighting in high places is quite common in Marvel’s Spider-Man, and it can happen that, “unintentionally”, we end up kicking some criminals out of buildings under construction and marquees.

Smuggle Truck: Meet the indie game that caused a lot of controversy in the US 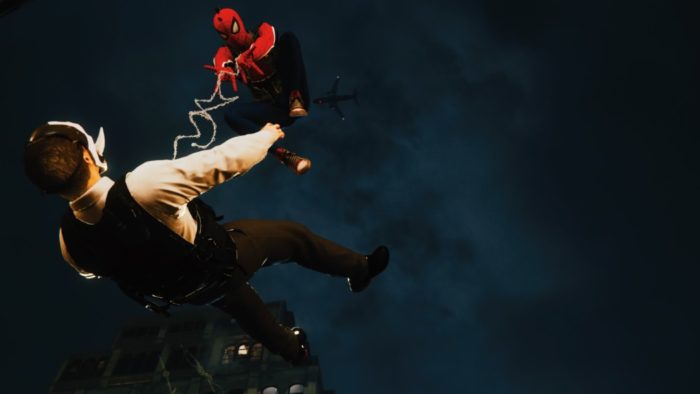 Does that mean they died? Of course not: it is possible to find the evildoers webbed in walls and scaffolding in the surroundings, as if the Spidey had taken care to create some mechanism that prevented them from falling to their deaths. The hero’s arsenal has proximity mines that drop web, so it’s pretty much in context.

This is one of the game’s most popular facts: even during the game’s development, the fan Tyler Schultz go to Twitter ask that the Insomniac Games put a marriage proposal from him to his girlfriend in the game. The producer even asked if he could wait, and as the response was positive, he granted the request. This proposal of marriage is actually in the game:

However, between the guy asking for it in the Twitter and the game comes out, the couple breaks up, and Tyler even accused to such maddie of staying with his brother (?!). Even the artists of Insomniac offered to do away with the marriage proposal that went wrong, and Schultz he decided to honor his late grandmother, who introduced him to the hero’s comics. A future game patch should replace the text on the facade.

8 – There are hidden easter eggs where you least imagine

We’ve already talked up there about the large amount of easter eggs present in the game, but the truth is that the Insomniac Games put things that only VERY observant fans will notice. For example, if we use the Photo Mode to see up close the missiles that are fired by the enemies’ bazookas, we’ll see that they have a nice inscription “guaranteed to kill spiders”! 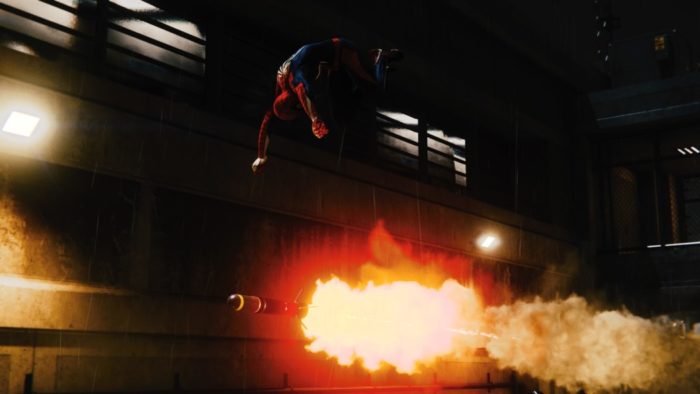 This is the “frozen” scene in Photo Mode

Another even less obvious reference comes from a casual phrase said at the beginning of the game, in which Peter he says he only has 3 hairs on his chest. When we release his more… intimate uniform and take a close-up of his chest, we can see that he really only has 3 hairs! XD

And these are just some of the most interesting, bizarre and curious things about Webhead’s grandiose return to the gaming world. Found anything else cool that we don’t list here? Let us know in the comments!

Quantic Dream is developing a new engine for the PS4

The developers are talking about the new controller for the PS4

Tool Collection 2 – Many tools in one app

PlayStation Plus Collection games available on PS4, but on one condition

Day One iPhone 5S and 5C Apple Store Catania: the collection of photos and videos

Yomawari: The Long Night Collection is coming to Nintendo Switch