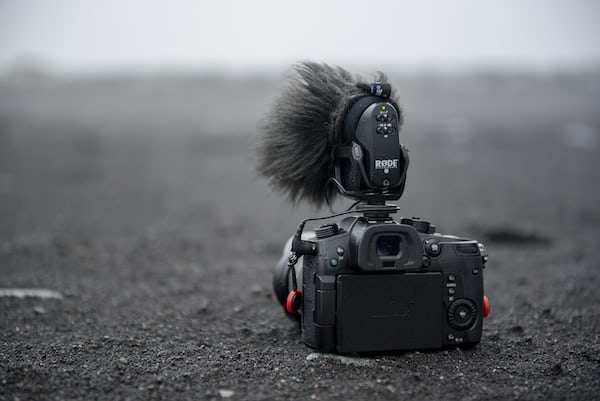 Stamp Square Enix Collective (created to support independent developers) has been supporting games that are being recognized for their value, such as Black the Fall and Children of Zodiarcs that we have already analyzed here in BestyGames. Tokyo Dark is the newest product from this initiative that by mixing elements from many genres manages to deliver a final product surprisingly above average, check out our review!

The surprise is present because despite the studio cherrymochi (strongly inspired by Japanese pop culture, anime aesthetics and western adventures) doesn’t create any really new concepts, he manages to organically unite elements normally used in other productions in a cohesive and gradual way. It’s a toast to good storytelling. The project was financed by kickstarter and collected almost six times the amount of the initial goal, thus generating an interesting expectation about the product. But after all, what is it about Tokyo Dark?

In Tokyo Dark, we accompanied the detective Ayami Ito, who is looking for his partner, Kazuki Tanaka, disappeared a few days ago. What initially seemed like a standard quest eventually escalates into a sinister nightmare that makes her confront her past and question her sanity.

This is the official synopsis, but I believe that this brief summary needs further elaboration because the story is much more complex. Of course the developers won’t deliver the big moments of the narrative in the synopsis, but the plot pleased me in such a way that I think it’s worth giving light spoilers of the first hour of the game so you can feel more excited, ok?

“What’s your badge doing in a place like this?” – Itõ looking for his partner.

If this description is enough for you (it’s very valid to start knowing only the synopsis) I suggest you skip to the next topic of the analysis, but be aware that Tokyo Dark is much more than an investigation game. Anyone who likes a pinch of supernatural elements will enjoy it a lot! ?

It all starts on this journey of Itõ looking for Tanaka. The missing detective’s cell phone starts ringing at a certain location so the police department can track it. Itõ, being informed of the location, heads there and arrives at a nightly den of bars and adult entertainment venues. she finds the cell of Tanaka in the trash and is urged to go to the local sewer.

Once there, he finds his partner on his knees, with a bag over his head. Behind him, a girl wields a knife and presses it to his throat. There is a lot of duality in the scene because Itõ apparently knows the girl of yore, but at the moment you tend not to worry about that, but about your partner’s situation. After a long conversation and some choices the girl cuts Tanaka’s throat.

Every choice has a consequence

After that we played inside a flashback, six months before, when Tanaka is following the trail of an assassin and Itõ helps you in the hunt at any given time. Tanaka ask for help and when Itõ arrives at the scene sees a girl subjugating another, threatening her with a knife to her neck. Itõ, in a moment of lack of control, shoots and kills the suspect and apparently everything is fine despite the thoughtless act.

The crazy thing is that the girl who will kill Tanaka in the sewer six months later is the same girl who was killed by Itõ at that moment, in an almost similar scene. From there, the detective goes on a long journey to find out what is really going on, if something out of the ordinary is really hanging over Tokyo or if all this is the result of her sanity shaken by the events.

Too much talk and not enough gameplay?

Tokyo Dark is classified as a point and click adventure with elements of puzzle and focus on choices (which, as well as in games from telltale, have consequences), anime aesthetic and a robust feature of visual novel. It’s undeniable that all of these elements are there, but the proportions each have makes a huge difference to the experience.

The exploration of scenarios is relatively simple, as they are not complex in structure. These are usually areas composed of three to five places that we can explore, solve extremely simple puzzles and the focus is more evident in the choices we make.

Will your detective solve it in diplomacy or in beating? You decide!

What are these choices? For example: we have to extract information from an NPC, we can be diplomatic or incisive as a legitimate “bad cop”. Basically the gameplay comes down to this at the micro level, that is, it represents something in 30% of the experience. The rest of the time the visual novel side — with seemingly endless lines of dialogue — is what makes up most of the game.

So it’s good to know what kind of experience you’re getting into. The point and click element is negligible compared to other adventures like The Walking Dead or Life is Strange (which doesn’t have much gameplay, by the way). Anyone who doesn’t have a good knowledge of English and/or doesn’t like to be reading long dialogues, it’s good to steer clear of that title. In every trivial conversation the NPCs have lines of dialogue with more than thirty sentences smoothly. It can be said that by having this style it ends up becoming a niche product, which in Japan is appreciated, but in the West it is not so revered.

While the visual novel pace can end the experience a bit tiring, the quality of the script makes it all worthwhile. I really liked Tokyo Dark because despite having exaggeratedly large dialogues, they are all very well constructed. It’s amazing how all the conversations have an adult content, believable and always with an implicit reflection.

But even though the gameplay itself isn’t the focus, there’s a very interesting system called SPIN. We can say that the character’s attributes increase or decrease according to our decisions during the campaign. We have 4 meters (image above) that show the levels of sanity, professionalism, investigative skill and neurosis in Itõ. For example, when you make an ethically questionable decision (such as forcibly extracting information from someone), your level of professionalism drops, but your level of investigation increases. And the sanity bar is always unstable, which is a danger to the character.

If your sanity gets too low you can hallucinate and break down, but taking the meds gets you a little high and diminishes your investigative skills.

Keep the statistics of the SPIN minimally adjusted is an extremely complex exercise, given the high level of unpredictability of situations. And as the game is auto-save all the time, there’s no “I didn’t like it, I’m going to redo this part”. Make your decisions and live with the consequences of them… just like in real life, duh!

For the game’s scenarios, real Tokyo locations were used as inspiration for the construction of the 3D art of the environments. The result is very beautiful, and has the strong identity of a metropolis that achieves modern and somewhat obscure, without neglecting its roots.

The design of the main characters is very interesting as they look like they come from anime. I think the only criticism I have of the game is the tertiary character design. Insofar as Itõ they have big eyes as is common in the Japanese line, some NPCs have a very western design, which is a bit off, and gives the impression that they are characters from different worlds. But it’s something small, overall the game’s visuals are satisfactory.

The soundtrack is original and was composed by Matthew Steed and it fits very well with the game’s proposal, mixing mysterious themes with suspense and horror tracks that owe nothing to the ones we hear in the best works of the genre. The game has few voices, so that the dialogues unfold even when reading texts. The lack of Portuguese subtitles — and the volume of dialogues — makes a good level of English essential for those who don’t want to be floating around.

Tokyo Dark it’s a nice surprise for 2017 and possibly it will be on the list of the best indies of the year. the work of cherrymochi it was impeccable in practically every aspect: the dialogues are very good, the story is very rich in your mythology, the characters are deep and have very human emotions. Anyway, it’s a beautiful piece, and another great game to be part of the already excellent catalog of the label Square Enix Collectives.

Oh, and it’s worth remembering that the game has no less than 11 different endings! Considering that each game can take between 6 and 8 hours, if you want to see all the possible outcomes of the supernatural adventure of Itõ, the replay factor of this game is huge.

Tokyo Dark is being released today, September 7th, on steam for SQUARE and Mac.