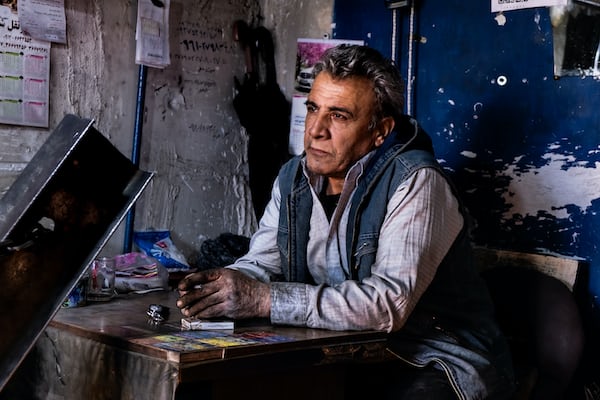 Wargaming is proud to announce its sponsorship of the “Band of Brothers Actors Reunion” in Normandy, as part of the 70th anniversary of the end of World War II. The event will take place from June 4-7.

“Wargaming is proud to sponsor this year’s D-Day commemoration events, in partnership with the World War II Foundation,” said Tracy Spaight, Director of Special Projects at Wargaming. “We share the World War II Foundation’s passion for history, both in the design of our games and in our work with museums, and we are thus delighted to work together to tell the stories of D-Day.”
During the four-day event, visitors can mingle with HBO’s Band of Brothers stars, as well as visit the Overload Museum and Utah Beach museum. The tour will also pass several fortresses around the famous Atlantic Wall. In addition, they will visit various historical locations under the guidance of a historian, followed by a visit to a re-enactment camp. On the last day of the commemoration, the Band of Brothers actors will lay a wreath at the Richard D. Winters Leadership Monument in Sainte-Marie-du-Mont.
“The World War II Foundation is honored to have Wargaming as our presenting sponsor of the 2015 Band of Brothers Actors Reunion in Normandy,” said Tim Gray, Chairman of the World War II Foundation. “As well as being the top online military gaming company in the world, Wargaming truly cares about the history of those who served in World War II. They are dedicated to the preservation of that history through the efforts of organizations and museums and share a similar mission to that of the World War II Foundation, which is to preserve our history for future generations.”
WarHistory Online, one of the world’s largest providers of 20th century online military information, will be joining Wargaming at this event.

Wargaming’s philosophy is to give back to the community. The team has therefore collaborated several times with various museums to preserve and display WWII vehicles, including the USS Iowa, the RAF Museum and the Tank Museum in Bovington. Wargaming is also a proud sponsor of Military Charities, which supports veterans.
She has also worked with WWII films in the past, including Fury (with Brad Pitt) and Saints & Soldiers. Band of Brothers shows how bravely and how much sacrifice the Allied soldiers had to make during the invasion of Normandy in order to push back the Axis powers and cause the Third Reich to collapse.

Wargaming shares the eye for detail that you see in the stories Steven Spielberg and Tom Hanks tell about World War II and want to share it with the world.

All tickets for the “Band of Brothers Reunion” event are now sold out, but tickets are still available to meet the actors during an autograph session that will take place June 4 from 5:00 PM to 7:30 PM at the Villa Laura Hotel in Bayeux. The autograph session, which will take place on June 7, from 11:30 AM to 2:00 PM, at the Utah Beach Museum is also open to the public.

Both the Utah Beach Museum and the Overloard Museum will both be open during these activities. We therefore warmly welcome the public to watch the acrobatic skills of the Liberty Jump Team, which will take place in Picauville on June 4 at 10 p.m.

Finally, non-ticket holders will also be able to join the US Rangers at 3:00 PM on June 6 as they attempt to take out the 155mm guns at the cliff at Pointe-de-Hoc. The 155mm guns have been missing since April 1944 due to poor foundations from the D-Day bombing). In addition, we are honored to have D-Day veteran George Klein in our midst, who himself was part of the unit that turned off the guns themselves 70 years ago.

Wargaming therefore encourages everyone who has the opportunity to attend the event to honor these heroes for their deeds and sacrifices.