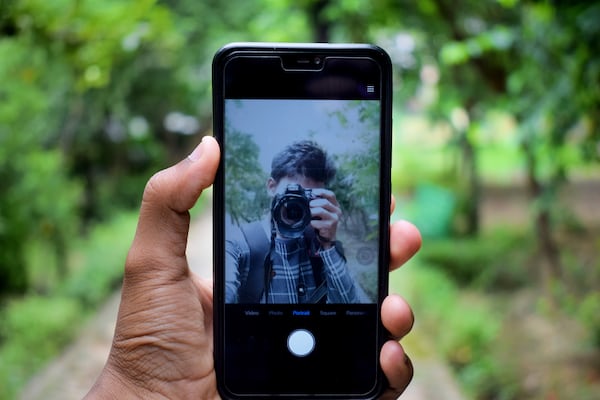 When the first Batman game was released by Eidos, everyone was blown away by the reception. The game scored numbers that exceeded 9 and even went towards 10, or even a 10, but now we are a few years further. At GamesCom, Rocksteady already announced through over-enthusiastic impressions that we can expect another great Batman game this year. Batman: Arkham City was given the grueling task of surpassing its predecessor, but has that turned out to be possible?

What Rocksteady especially showed off is the freedom in the game. This time you will not simply walk through corridors and limited environments, but you will now be able to fly all over Arkham City. Joker, Harley, Bane, Two Face, The Penguin and other bosses are back for you, as are Catwoman, The Riddler and Mr. You will encounter Freeze in the game, which again radiates from the characters. Although the story is again quite linear, you will now notice that you will have more freedom than was the case in part 1. That can be an advantage or disadvantage, it depends on how you experience it yourself. Personally, I think this benefits the story less, partly because of the side missions, which provide a little less focus on the real base story, but they have managed to structurally put together an epic adventure that you really experience it yourself. Side missions can be found throughout Arkham City and therefore provide the necessary extra hours.

The main story of Arkham City will keep you busy for quite a few hours though, although the progression seems to be faster than you’d like. The main campaign seems to go quite quickly and that while you’ve been playing for 4 hours in a row. That’s what makes Batman: Arkham City such a great game. Not only is the story interesting, but also the gameplay and especially the variation thereof ensure that you are constantly fascinated and want to make further progress. If you don’t feel like the main story anymore, you can switch to side missions or the very interesting Riddler quests. These latter missions in particular are as innovative as can be. The puzzles are therefore true brain teasers where you often have to use your gadgets. The gadgets are, as in part 1, also extremely useful. For example, you have the Batclaw, with which you can grab certain objects, the remote electrical charge, with which you can open doors by means of an electric shock, the explosive gel, with which you can pierce fragile surfaces or walls and the cryptographic sequencer V2, with which you can hack computers. But that is of course not all, because the remote-controlled batarang, the normal batarang, a Sonic batarang, a grapnel gun and a line launcher are also present. Now, especially in the beginning, it seems a rather confusing number of goodies that you can use during the adventure, but also in this part one is introduced very progressively to the usefulness of the gadgets. In addition, these are arranged so well that you can hide the gadgets that you only use once via a more difficult button layout.

Are you looking for it, or not…

Often it is not simply indicated which gadget you can use. Sometimes it is searching, but for that there is the Detective mode, with which you can not only dismantle opponents, but also check what is possible in the environments. That way you can also usually find the riddler trophies in an easier way to grab. Speaking of those riddler trophies, they are also hidden in such a cunning way that they also provide the necessary puzzle. That puzzle that you will encounter throughout the game constantly provides the variation that a long game with so much content like this needs. Batman: Arkham City may take up many hours of time to complete, but the constant drive that one manages to exert on the player generates that addictive factor that part 1 also had, but completely overwhelms Arkham City.

While part 1 was still pretty linear, that has partly changed in this part. You can move throughout Arkham City and even go underground, although you will notice that in the real quests usually a building is chosen, in which it then becomes a bit similar to the missions from part 1. These are a lot more based on the corridor system you were in Arkham Asylum. Although people often go a step further by sending you in several directions, you will notice that it does not feel like a disadvantage at all that the freedom will feel a little more limited. Arkham City itself looks atmospheric and, above all, dark. You will encounter opponents everywhere, some armed, some not and above all the different buildings and their striking features make Arkham City a truly vibrant area full of possibilities and interaction.

If you didn’t have enough already

In terms of gameplay, Arkham City looks a lot like its predecessor, although the action is now put together more smoothly. You can upgrade various abilities again, which will make you more susceptible to the environment and you will also get new combos that provide even fatter impacts to opponents. In addition, you can also have Catwoman, if you have a redeem code, and with her you can also go on in the arcade (challenge) missions, in which you can go wild and perform various mini-missions. If you thought you’d play this one for a while, you’ll see when you buy the game that you’ll spend the necessary hours to complete it again. You can of course have your achievements ranked online again and compared with other players of the game. Catwoman also has her own missions and Riddler trophies in the main story that only she can get, with which a little extra content can be collected. How much do you want for a game like this?

Both graphically and in terms of audio, Batman: Arkham City does not differ much from its predecessor, which already exploded from the high level. Environments are indeed larger and more massive and there is more detail, but above all the game looks more atmospheric than part 1. It is no longer just a corridor, but you can really look into the distance and enjoy the cinematics that pass by even more. This is one of those few games where you really want to constantly admire every cutscene. The interaction with, for example, hostages is unfortunately less interesting, although they are sometimes useful to gather information, including coordinates for example. The voice acting is as usual of an extremely high level, just like the soundtracks that pass by. Those kinds of aspects also make a game and just like the movies you get those extra atmospheric details that make a game like this just that little bit extra better. Graphically, the game also looks fine and is undoubtedly ahead of the necessary competition that comes out in these days.

It was considered almost impossible, but Batman: Arkham City has really become a better game than part 1. At the beginning of playing I had my doubts, partly due to the somewhat slow start of the game and given the extremely good experiences with part 1 but when you are really into it after a few hours of playing you will probably also notice that Arkham City is so much better than part 1. The combat is smoother, there is more variety, it all looks more atmospheric, the possibilities have been expanded further and the puzzles are put together even better. Batman: Arkham City is therefore a must-have for every game lover. If you are still in doubt about expanding your collection with this game, then stop quickly, because this is without a doubt a gem that will be high on your appreciation list and an adventure that you really MUST experience.