BestyGames Analysis: Carrion’s “Reverse Horror”, a 2D game where we are the monster 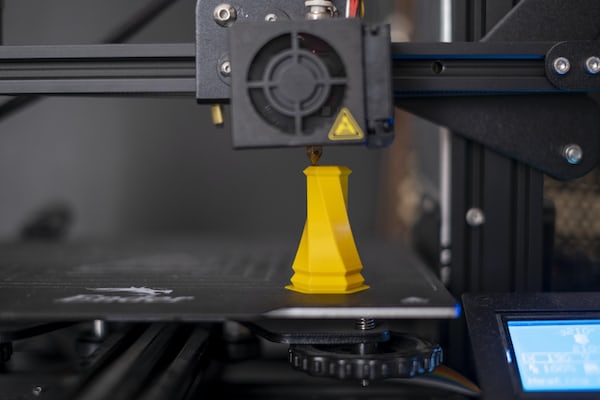 BestyGames Analysis: Carrion’s “Reverse Horror”, a 2D game where we are the monster

The gaming world has allowed us to hunt down evil aliens in dozens of games. We’re used to being the human hero, the space marine badass who saves the day and the human race from a bunch of hostile aliens… But what if we were the alien, and the enemies were the humans?

This role reversal has also been explored a few times in the gaming world, but never like in Carrion, game that the Return Digital recently launched, and you can check it out now!

Carrion it takes place in a facility that is part laboratory, part secret military base. We control a sinister looking alien goo — a shapeless mass made of flesh, eyes, tentacles, claws and teeth — and, after escaping the “aquarium” we were trapped in, we must find a way to escape the environment at large.

There’s not much story being told here, but this urge to flee and seek freedom is strong in its own right — although we can follow a few brief flashbacks to understand a little bit of where the “monster” came from. The problem is that the place we are trapped in is a veritable labyrinth, and there are soldiers, sentinel robots, lasers, turrets, and other dangers in our path. Fortunately, our alien amoeba is highly adaptable… and lethal, much to the misfortune of poor humans.

As I hunted frightened humans and sneaked through ventilation ducts, the movie The Enigma of Another World I couldn’t get out of my head — and this, let’s face it, is a great reference in the sci fi horror genre. The biggest difference is that we were rooting for humans there, while here we are on the monster’s side.

This “inverted horror” vibe of the game is really cool — evolving, growing, and gaining new skills is rewarding. And, of course, being the hunter is way cooler than being the hunt. While other “escape” games like ape out, another great game from Give back –, focus on adrenaline and the improvisation of a cornered creature, Carrion encourages the player to think, act more deliberately — whether to solve puzzles that unlock passages, or in moments of pure carnage.

The gameplay of Carrion it’s simple, intuitive and very nice. Since we are in control of an extremely agile creature (albeit without arms or legs), all you have to do is point the stick in one direction and its tentacles take you there. The goo doesn’t need paths, no ladders, not even leaps: she simply hauls herself up and down with her tentacles, and does so with a fluidity that is impressive…and a little disgusting.

Combat is not the focus here, but it is necessary for our survival. And, our amorphous creature touches terror on human beings, even though it must deal with certain enemies better equipped. Check out a little bit of killing below — put in a special sound fix, which is wonderful:

Carrion it’s kind of a MetroidVania, but not in that continuous way that’s traditional in the genre. There are different environments, which are connected through hatches. You don’t necessarily need to revisit previous environments… but maybe if you go back there with new abilities, you can reach an area that was previously inaccessible. It complicates a little the fact that the game doesn’t have a map: move on until it’s not problematic, but if you invent to revisit areas, you might end up getting lost, as the game is a maze.

Yes, as you progress, you will find containment domes that, when broken, grant you new abilities. There is a good range of upgrades., from the purely offensive (like throwing thorns) to others that contribute to locomotion – like splitting into several parts in the water, or controlling the body of a human being (something that can be done more or less from a distance, and it really works with corpses) to make it trigger some mechanism for you.

A bit of a nuisance thing is that your abilities change according to the size of your goo. You invariably grow during the journey, but you can only use your minor version’s abilities when you’re small (and vice versa). It is possible to dump some of your biomass into “pools” to control their size, but as these pools are not always close to your goal, this becomes a bit boring. Carrying out all of your abilities as you grow would be more practical — and more in keeping with the creature’s “evolutionary” proposition.

could be more creative

Carrion it’s quite creative in the possibilities… but not so creative in the situations. As we are an organism on the run, our goal is always just to escape — and this is done by activating certain points, called nests, which increase our “infection” in a scenario and open up access to the hatch in each area. And although each area is different, the modus operandi to release these hatches it’s kind of always the same.

The game even encourages you to use your skills creatively, but could go way beyond the basics. He could, for example, have small missions where we should possess the body of a specific human being (like a scientist, or someone with a key card), go unnoticed by other humans to access a restricted area, something like that. It would be an interesting way to add new nuances to the gameplay without running away from your proposal.

I love the whole audiovisual part of Carrion. His pixel art is very detailed, and he is at all times obscure, claustrophobic, in a way that recalls the beginnings of the series. alien. This type of game tends to slide into humor — like Destroy All Humans!, which we’ll look at shortly — but Carrion no: he takes himself seriously, and your atmosphere is always heavy.

This is greatly enhanced by the game’s extremely realistic audio: the look may be “old school”, but the sound is clear and crystal clear, and it makes all the difference in immersion. people’s desperate screams, the screeching sound of a door being ripped open, or even the subtle crack of a light bulb breaking… it all sounds great, and helps build that sci fi horror mood — and the soundtrack, which appears dramatically only when it is necessary, punctuates the tension very well.

the proposal of Carrion, of being a “reverse horror game” is very interesting, and overall it delivers what it promises. Me I really enjoyed the vibe of the game, and how intuitive its gameplay is, and the way it allows us to be “hunter” in the form of a gooey creature is unlike pretty much anything we’ve seen in the sci fi genre.

I think his more sober tone matches the proposal very well, and the realism of its audio is without a doubt one of the most immersive soundscape works I’ve experienced this year. It’s a game that could have retro noises and chiptunes and stuff like that, but it takes a much more impressive path, and it does it very well.

However… I expected more. I understand that the proposal here is simply to “run away”, but he could deliver this to me in bolder ways. think about Inside, for example: our objective there is also to escape, but it creates a whole universe of different situations around this premise. This enriches the experience, makes the game more dynamic and unpredictable.

Carrion is limited to the basics. You will always have to create nests to open hatches. How to get to the nests and hatches changes, but he could change even more. I feel that with this repetition, the opportunity to create something really special was lost. Despite that, it’s a fun game with a really cool theme. If you’re less demanding than I am, maybe you’ll enjoy your experience better.

Carrion is available for SQUARE, Xbox one (in the catalog of the Game Pass) and Nintendo Switch.