Borderlands arrives remastered for the next generation accompanied by a remote control Claptrap!

The Raven Remastered is coming in March

Mark of the Ninja, one of the best stealth games released in recent years is coming back! With a fully remastered version released by Klei Entertainment, the game gains new life with a big graphical improvement and some new features.

So it’s time to revisit this great game and once again step into the shoes of the clan’s deadly ninja Hisomu on your most dangerous mission! Come with us and check out our full review of Mark of the Ninja Remastered!

The Ninja Legend of Mystic Tattoos 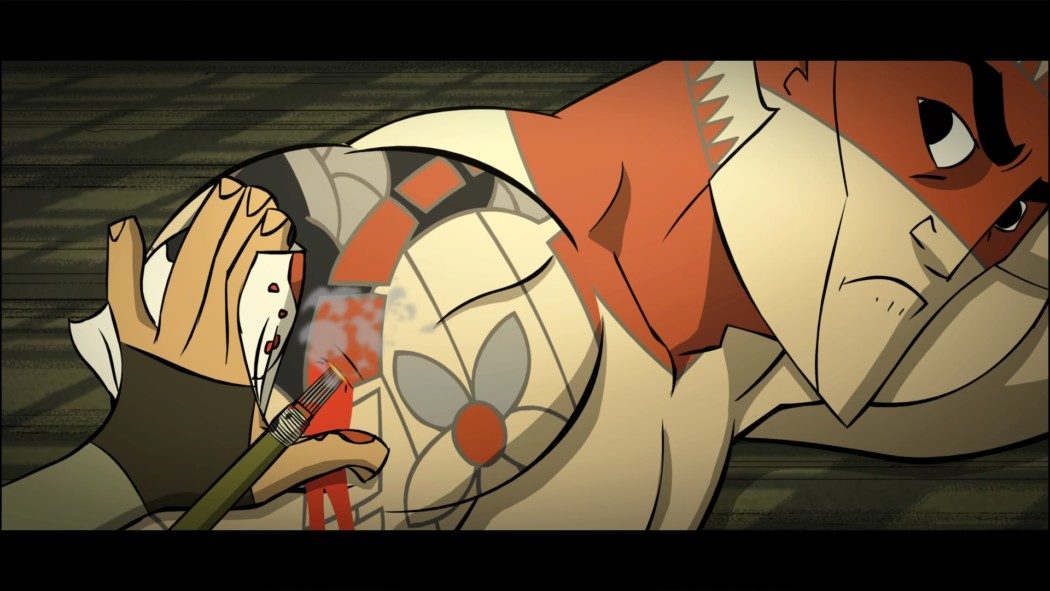 In Mark of the Ninja, you take control of the main ninja of the clan Hisomu, an unnamed ninja who carries on his skin the clan’s legendary tattoos, the “Ninja Marks”. These are special tattoos, made with the ink of a very rare toxic plant that only the clan has access to, and that give incredible incredible powers to those who wear them, but at the cost of gradually destroying their sanity.

Vodoo Vince Remastered: When does it come out? 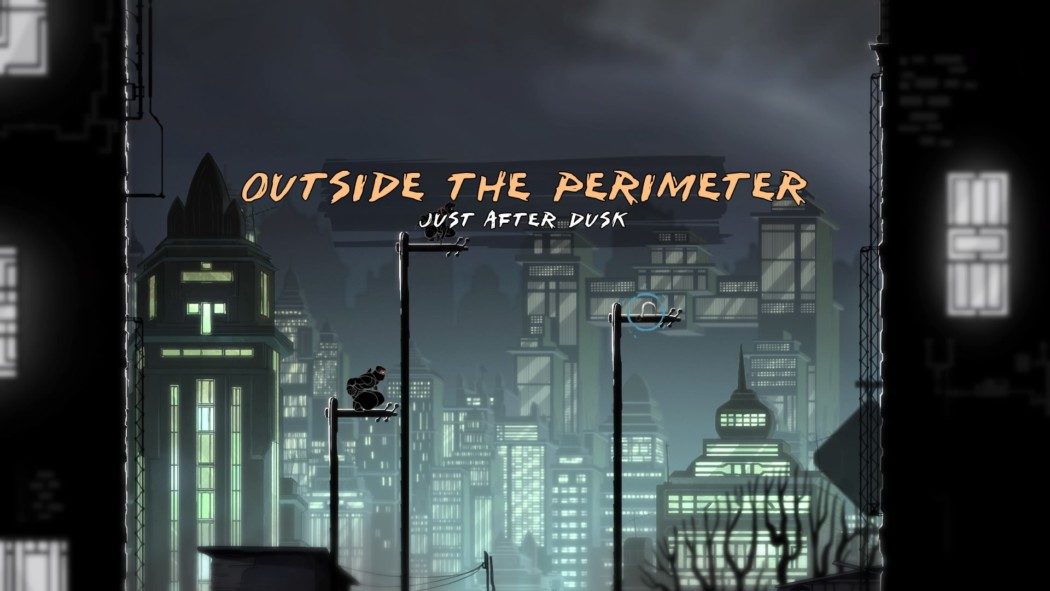 The clan Hisomu he is then attacked by a powerful private millionaire army, leaving many of his comrades dead. So, it’s up to you to take revenge for your clan and go after the mastermind of the attack. And to achieve this you will have to invade your enemy’s own urban strongholds to put an end to his life.

The remastered version of the game even adds an extra chapter, called Dosan’s Tale. This chapter shows a mission from Dosan, the tattoo artist of the clan Hisomu, when he was still young, adding new items and a higher difficulty, while showing a bit of the old tattoo artist’s past. 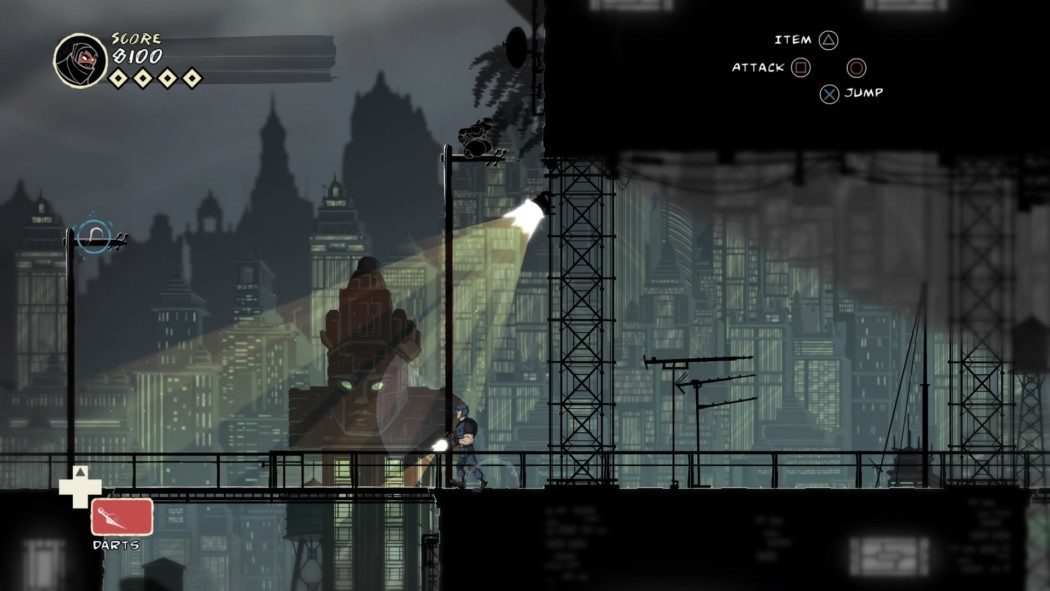 And in addition, the game has now received a New Game+ mode, in which you can replay the entire adventure with all the upgrades you’ve collected. Facing an even bigger challenge, with stronger enemies, with better senses and without receiving much help in the normal way, such as freezing time when using Focus to plan your attacks and strategies, as well as not being able to see the sounds that the ninja makes.

Moving silently in the shadows 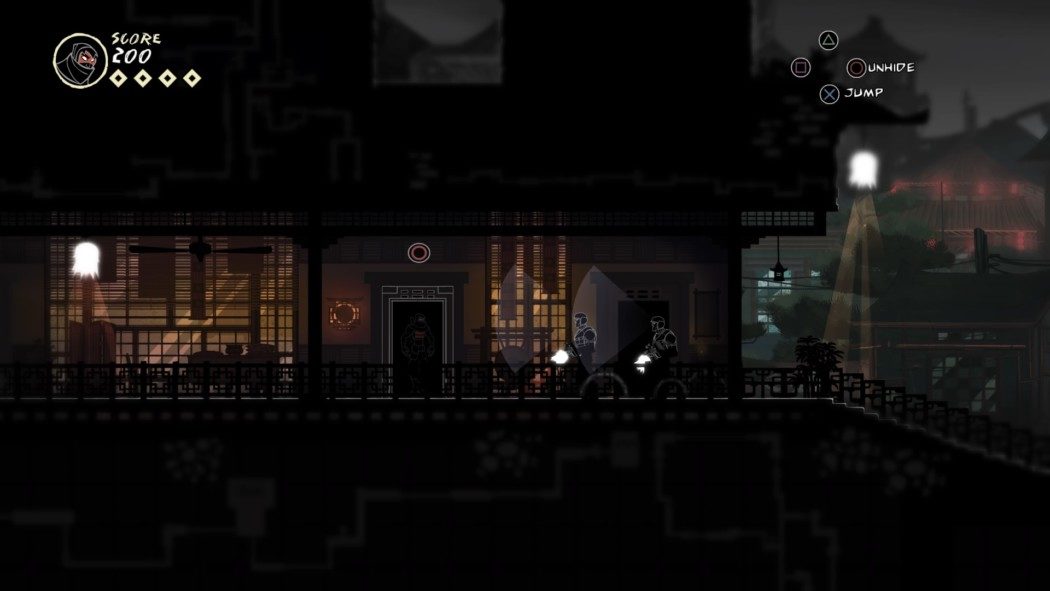 Mark of the Ninja is a 2D perspective stealth game that beautifully captures the mood and challenge of sneaking past your enemies and taking them down undetected. And the main mechanic that the game uses for this is the light and shadows.

We learned the hardware requirements for Dark Souls Remastered

While you’re in the shadows, the ninja’s appearance will turn all black, indicating he’s not visible, while if you’re in the light, you’ll see him in his true colors. Allied to this are the sounds, both from the Ninja, and from its enemies and interacted objects, which are indicated through rings. Using these two elements to his advantage, the player can plan his actions to go unnoticed by enemies or create traps to kill them. 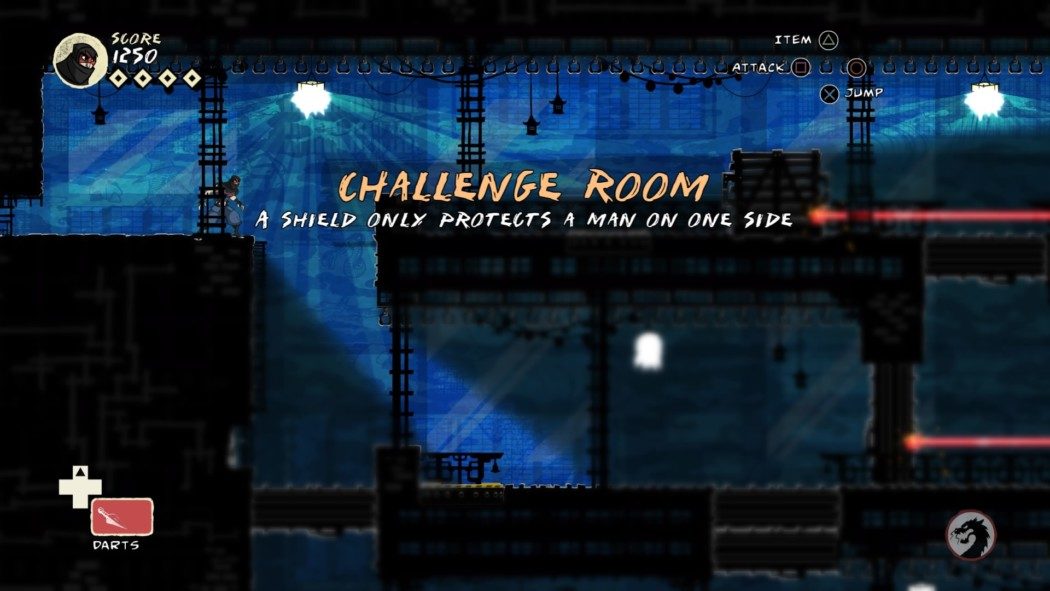 The game allows the player to be very creative in their adventure, often offering different paths to the same goal, in addition to allowing the player to act as they wish. Of course, falling on top of exposing enemies will never be the right thing to do, as this way the ninja can be easily defeated if the player doesn’t know how to escape the danger.

Grim Fandango Remastered will be localized in Brazilian Portuguese

The ninja has the ability to climb walls and walk across the screen effortlessly, in addition to having a grapling hook that helps him reach high places quickly, as well as various equipment that add different strategies to the game, such as bamboo darts, which can destroy lamps or attract enemies, smoke bombs, light decoys and sound bombs and more. He’s even equipped with attack items like thorn mines, poison darts and more. The player’s creativity will dictate how the player will use their resources in the best way. 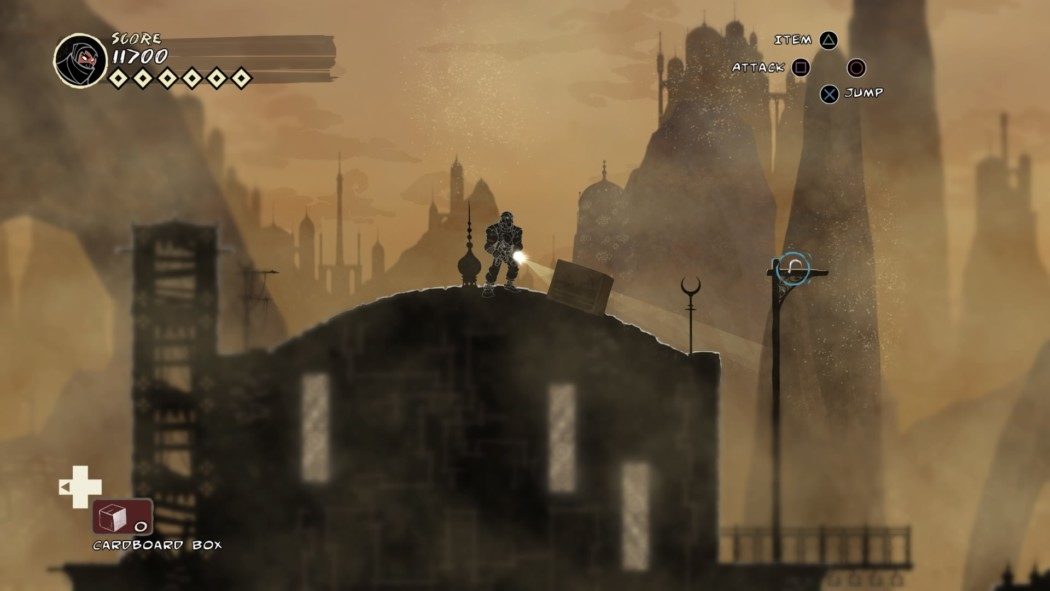 Each mission in the game has main and secondary objectives. Secondary ones consist of performing certain specific actions, such as not being detected in certain stretches, killing enemies in specific ways and so on. There are also scrolls, three per mission, which expand the game’s lore and increase your score. The more secondary objectives and scrolls collected, the higher the final score, which earns the player medals. These medals are used to improve the ninja, unlocking new equipment or abilities.

Mark of the Ninja is a game with a very beautiful look. All worked in 2D with cartoon-style characters with very fluid movement, as is characteristic of games from Clay. And now its entire look and soundtrack has been remastered.

All sprites and characters, scenarios and each visual element were re-exported from the original project, allowing now the game to be enjoyed in 4K resolution, with reworked animations to make them even better, both in gameplay and in cutscenes, making everything very more beautiful, with more fluidity and details. 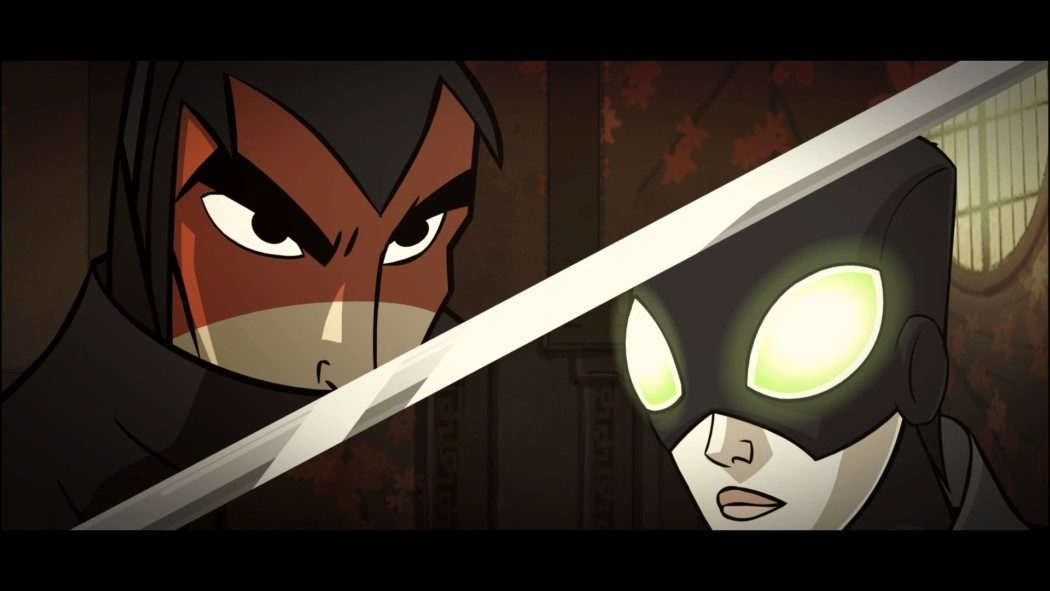 With that, the songs and especially the game’s sound effects were also better. The sounds are even an important part of the game, because the sounds you make, as well as what the enemies do, are crucial, as they serve both to know where the enemies are located, as well as to prevent the ninja from being discovered, or from creating distractions using sounds.

BestyGames Review: A Way Out is a must-have experience for 2 players 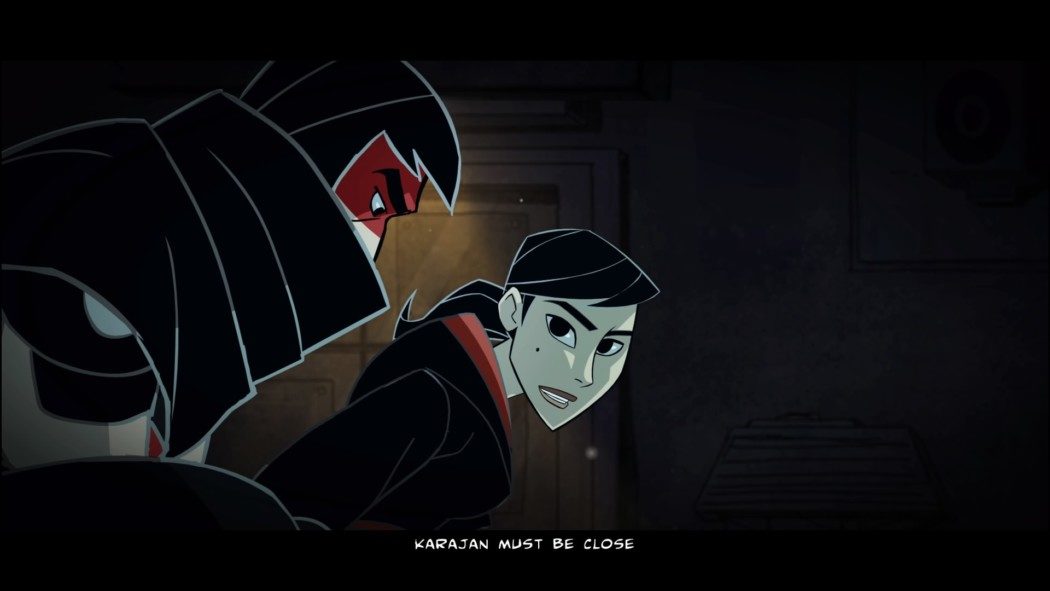 Mark of the Ninja it was good before and now it looks much better in its remastered version! The game is essentially the same, but adding the extra chapter of Dosan and all its visuals and sounds reworked, making the game even more beautiful.

If you are a fan of good Stealth then you have an obligation to check it out Mark of the Ninja Remastered! If you already had the original version of the game on steam or not Xbox 360, you can upgrade to this new version for a small fee. And if you already had the Special Edition the game, the upgrade is free!

BestyGames Review: Super Volley Blast is volleyball and fun to get friends together

Mark of the Ninja Remastered was released on the day October 9th, with versions for PC, Playstation 4, Xbox One and Nintendo Switch!

Starcraft Remastered: what does it add to the original?

You can get Saints Row: The Third Remastered for free for a week

Arrives at the Batman: Arkham Collection

South Park: The Fractured But Whole will not appear on Nintendo Switch

Stardew Valley makes its debut on the Nintendo Switch this year

Samurai Shodown hits Switch in December, and PC version has also been confirmed