The Raven Remastered is now available for Switch

The Command & Conquer Remastered Collection arrives in the summer

BestyGames Review: Call of Duty – Black Ops 4: now the shooting is multiplayer only

For lovers of old campaigns of Call of Duty, this time the Actvision did a little different… Call of Duty: Black Ops 4 is designed only for mode multiplayer, so if you’re waiting for a well-designed campaign, you can already take the little soldier out of the rain, because now the game is “exclusive to the competitive crowd”.

Call of Duty: Black Ops 4 (BO4 for the most intimate) was released two weeks ago, in the midst of the chaos of BGS, which delayed the work a bit here. But you, dear reader, who are still in doubt whether it’s worth spending your hard-earned money on this title, don’t worry, now our fresh review is coming out for you!

Have a chance to play Call of Duty 3 first

There’s even a story…

Calm down, it’s nothing like you’re imagining… this time we have a Headquarters with a kind of Lore. All characters (Specialists as the game calls them) they have a task to be accomplished, with a tutorial to understand how each soldier’s abilities work, and a very simple and straightforward video that tells his story. Finally, there is a match against bots to be won (the game mode varies according to the Specialist). 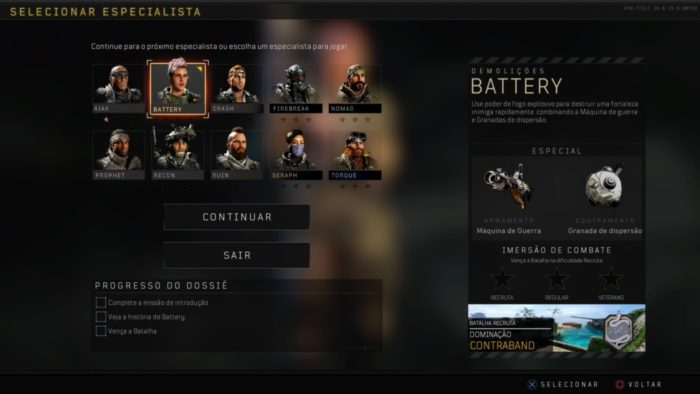 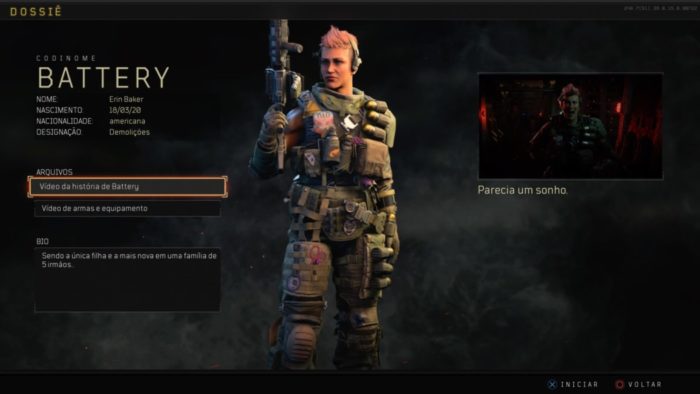 Call of Duty: Black Ops 4 is one of the most frenzied CoD’s (if not most), the matches barely start and the kills begin (regardless of which game mode you play). Of course that’s one of the features of the series, but I really thought that in this game the matches are even faster.

Call of Duty: World at War map pack continues to dominate with over 2 million downloads

To get an idea of ​​how fast things happen, I’ve often been reborn very close to enemies, because my team had already advanced to the other end of the map. There are also times when the respawn plays a trick on you: right after dying, you are born in front of enemies and die a second time, without having any reaction time (a real problem for the most stressed).

As this time the focus was on online shooting, I believed that there could be other game modes, or even rescue the wonderful “Sticks and stones” we had in Black Ops 2, but the developers preferred to stick with the classic modes. Of course fans of CoD play the modalities of Team Knockout, Domination and Confirmed Discharge, but a greater variety of modes would be interesting, since this time we only have multiplayer.

If you haven’t seen any video about the game yet, here’s a gameplay from a game of Kill Kill in Team, on a map already known to veterans of BO1. I already let you know that I’m not a very good player XD:

In case you are a player like me, not very good (not to say bad), the persistence to prosper in this game is a virtue. I say this because of the experiences I had, the game barely came out and the level of people who participate in the matches is almost surreal. We tested the game on PS4, and sometimes it’s hard to believe that other players are using a controller to aim (noob mimimi, I know).

Here was my biggest concern, because after the BO2 (from past console generation) not many came out CoD’s which I liked with their game dynamics, for being more futuristic and bringing double jumps, wallruns, jetpacks, etc. In BO4 you can do the usual moves (run, crouch, and jump) and also do a ground slide, which serves to catch your enemy by surprise — which may (or may not) have been an action they added in CoD’s latest futurists to avoid the famous Drop Shot (crouch while shooting, so the enemy loses sight of the aim).

Now in this new CoD: BO4 besides being possible to create a class, there are characters with specific “powers”, a kind of overwatch, where each soldier has a unique and exclusive equipment, as shown in the image below:

BGS 2015: Revamped, Black Ops 3 promises to be the best Call of Duty of the new generation 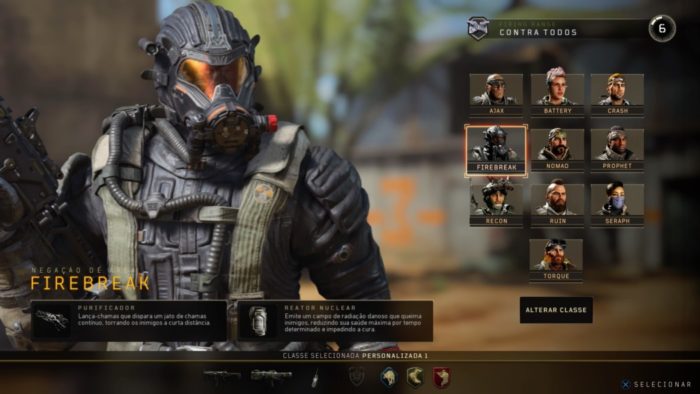 This soldier has a flamethrower as a special attack, and a nuclear reactor attack (which is in place of the grenade) and works as a radioactive area that deals constant damage in the vicinity.

during matches it is notable that the use of explosives has become much less (compared to previous games in the franchise). The reason is that now in place of the traditional grenade we have the character’s ability (like the radioactive attack in the image above). After a few levels up, it is possible to exchange this skill for other equipment, — like the good old grenade, or an ax, light grenade, etc.

However, even after changing this skill to use other equipment, it is necessary to wait for its cooldown before it can be used. The same happens with the special attack, but in this one, the filling of the bar happens as you go on killing enemies.

Even healing became more complicated: in the past it was just to stay still in a corner and your health would gradually return to normal, now this mamata is over: you must use a device that makes your energy regenerate faster, a kind of injection of life, and after using this device, it is necessary to wait a while to be able to use it again.

Let’s talk about the newest fashion in games, the Battle Royale… Here in BO4 we have the possibility to join a game with up to 88 players (on consoles, on PC it’s a little more). I played a few games and obviously didn’t win any, but also as you know, the guys from BestyGames not a big fan of this game mode. XD

For now, there are several problems with the mode. blackout: a delay to start a match is one of them; even filling the room with all the players is a very long wait. After entering and being able to play, there is another demotivating factor which is lag: it is easy to see that the shot takes a while to hit the enemy, and this not only hinders but is extremely irritating; We have the delay to render the scenario items, sometimes at the start of a game you land on a house, but the items don’t show up on the screen as they should.

In addition to lag, another thing that appears quite often is the message of Host Migration… That’s when this message doesn’t appear here: 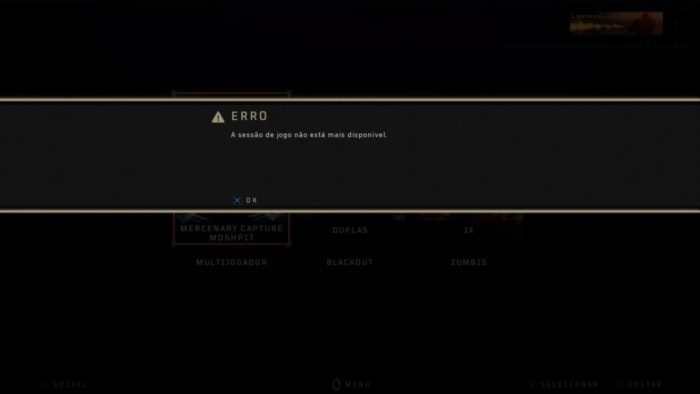 Ball show, huh? For people who enjoy Battle Royale, the way BO4 Blackout has potential, but, in these first weeks, is demanding a lot of patience to be enjoyed. Not to mention the controls, after all, this type of game is better to play with keyboard and mouse, as it is easier to collect items and move the inventory. In control it is a little confused, but nothing that is impossible to do.

Here’s a video for you to see a game in which I almost had the faintest hope that it would reach the end:

And finally, the zombies

If you like the frantic matches of zombies, BO4 it’s a plateful for fun! It doesn’t have any mechanics very different from the old ones, but there are 3 different maps, each one with its own story, but the game footprint is basically the same: score points to open the doors and complete the objectives. 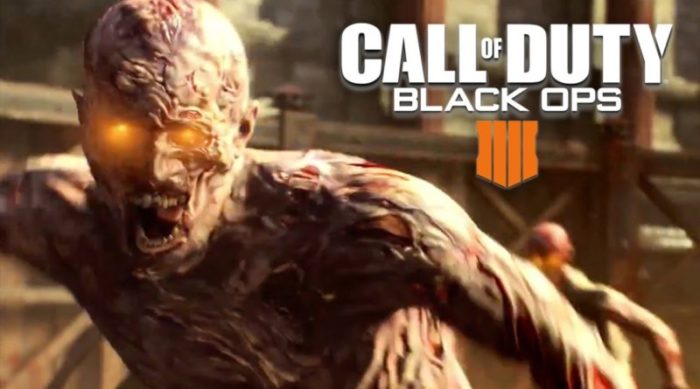 The way zombies it can be more fun if played with friends, but nothing stops you from entering a room with 3 strangers (or even bots) and starting the kill. It’s certainly possible to spend several hours playing in this mode, after all there are always easter eggs to be discovered.

In the first contact I had with BO4, I thought this new scheme of Specialists, where each character has its own characteristic, different weapons and unique gadgets. It’s also weird to see the cooldown grenades, but this is all something we can get used to, so it’s nothing a few hours of play doesn’t solve.

Although it is far from being an innovative or revolutionary title, Call of Duty: Black Ops 4 it probably delivers what fans expect: solid, frantic, and a lot of fun multiplayer. With many classic game modes from the franchise, zombies and the inclusion of the mode blackout (which for now is kind of problematic), that is, there is enough type of game to spend time enjoying with friends or alone.

We tested the multiplayer beta of God of War: Ascension, check out our impressions!

Call of Duty: Black Ops 4 is fully localized for our language, and was officially released day October 12th, To the platforms Playstation 4, Xbox One and SQUARE.

Snoop Dogg gives his voice to Call of Duty: Ghosts

Do you like fighting games? So have a good laugh with a collection of glitches, bugs and flinch

Collection of all games from the Dark Souls franchise is announced