Someone remastered the GTA Vice City intro, and the result was amazing!

Rumor: Alan Wake Remastered to be released in October

Dragon Quest XI: Echoes of an Elusive Age marks the debut of this acclaimed series of RPGs in the current generation of consoles (disregarding spin offs and musous, like Dragon Quest Builders and Dragon Quest Heroes) in its original form: that of a legitimate JRPG!

Developed and published by Square Enix, Dragon Quest XI arrives in the West 1 year after its Japanese release, bringing the art of Akira Toriyama in a plot of good versus evil signed by Yuji Horii, who took care of the story of the entire series Dragon quest.

Although other franchises have been more successful in the West, the importance of the series Dragon quest it is indisputable: there are more than 30 years of history, and without it many RPGs established today would not even exist, since many of their concepts served as the basis for several other games of the genre. 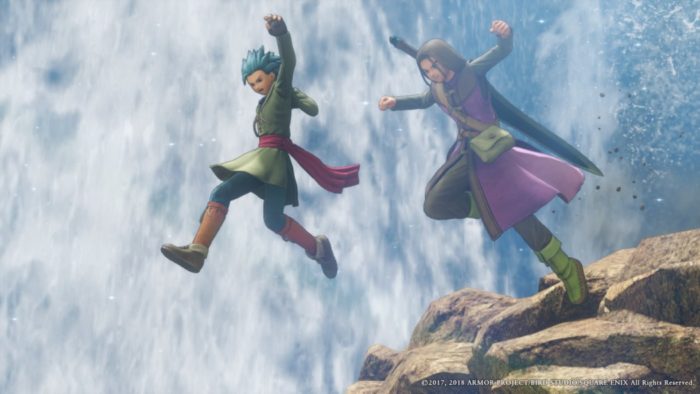 The series is highly acclaimed in the east and this newest chapter of it has been very well received. Is he deserving of all this hype? Let’s find out!

Dragon Quest XI takes place in Erdrea, a fantasy world that is vast and quite rich, having been created from the great tree of life (Yggdrasil) which is located on a floating island. 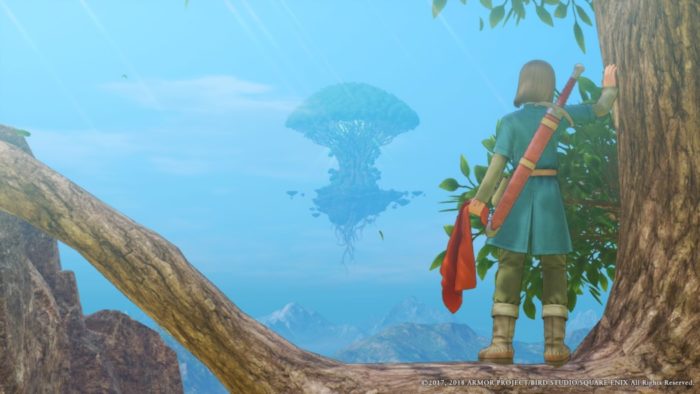 The game’s plot begins in the small village of cobblestone, where we are introduced to a 16-year-old boy who has a strange birthmark on his left hand. Along with your best friend, gemma, he is at the age of completing a maturation ritual that is tradition among his people.

BestyGames Review: Dragon Quest Heroes II is a great mix of RPG with hack and slash

During this ritual, however, both are attacked. The moment their lives are put at risk, the protagonist’s birthmark emits a mysterious glow, annihilating all enemies. When he returns home (not quite understanding what happened), he discovers that he is actually the reincarnation of an ancient hero who had already saved the world in the past. 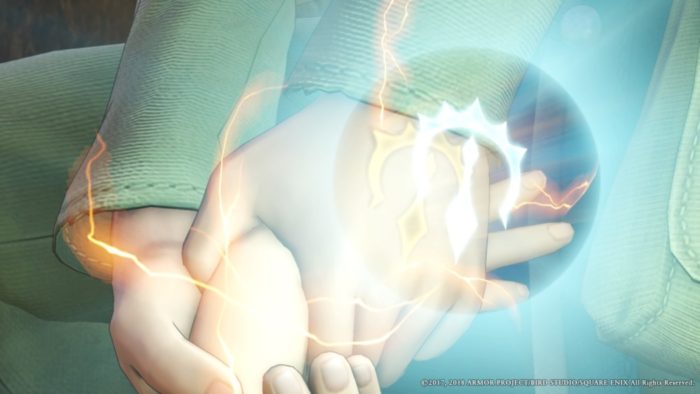 There is a new horde of demons and creatures of darkness emerging, and now it is up to the boy to undertake his own journey in order to annihilate the dark forces that are ravaging the world. For that, he will need to better understand his new powers and make allies that will help him in his mission.

Chronos: Before the Ashes – game review. Time is the best teacher

Many will find this story of good versus evil a bit cliché, but what makes things interesting is precisely the way the story is told: we find books that narrate the legend of the ancient hero who defeated evil in the past, and with that we got clues to unravel what we need to do to continue our own adventure.

The gameplay is the strong point of Dragon Quest XI, especially for longtime fans of the series, as it manages to mix new features with classic gameplay. During exploration we can purchase items, ride horses and camp to replenish energy, talk to the group, shop and forge or upgrade weapons and equipment. 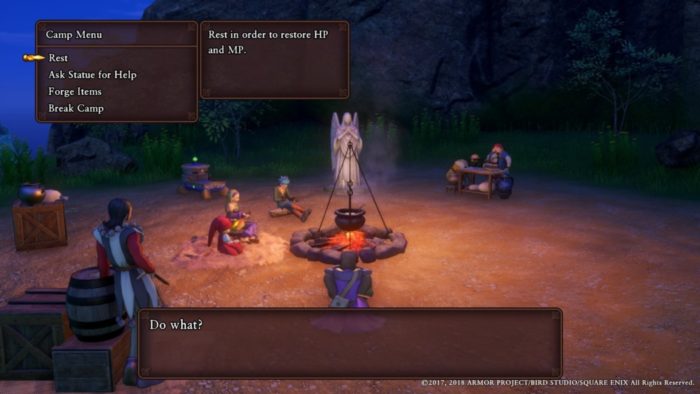 As we explore the game’s vast world, we may encounter charismatic NPCs who will ask us for things (aka sidequests). Fulfilling these goals usually guarantees something that will come in handy on your journey, like recipes for weapons or armor to forge or some unique item.

When fighting, the game assumes a shift system inside a small arena. In addition to the normal commands typical of a JRPG — such as attack, defense, magic, items, etc. — there is also a tactical command system that we can use to give predefined commands to teammates. 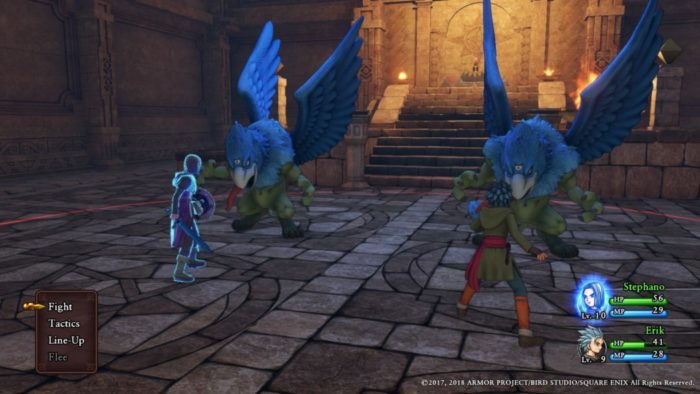 The player can choose a behavior profile that best suits a character’s combat style, and then give commands based on that profile. This option is very useful when “upgrading” the group or facing the most common enemies on the map.

Speaking of leveling, the game also has a skill tree that we unlock as we gain experience points. Each character has unique abilities that differentiate him from others in combat: there are characters who do better with spells, while others show their potential with melee weapons, and so on. 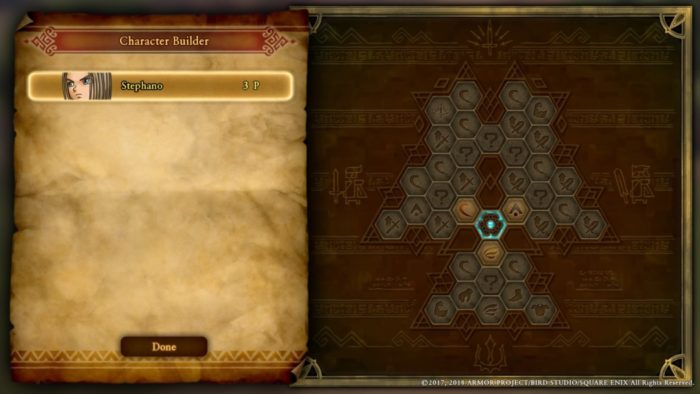 To top it off, we also have skills called pep (Excited): When your character reaches this level in battle, an aura of light appears around him, enhancing his attacks. 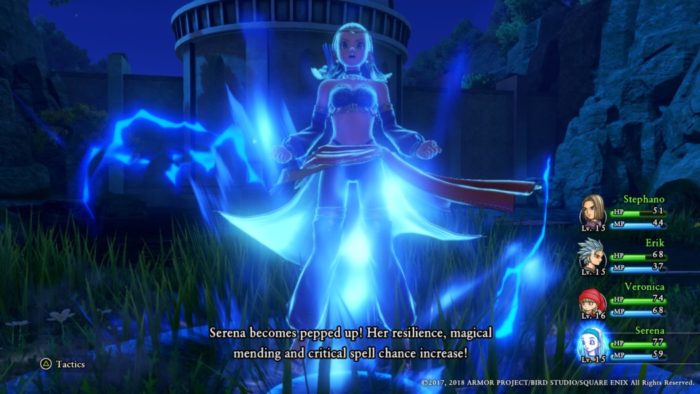 This also makes it possible to run powerful joint attacks: There are several such attacks in the game, which change depending on the heroes involved.

the world of Erdrea it is vast and full of life: there are many types of biomes, green plains, arid lands and even snowy areas. Obviously this influences the fights, as there are unique enemies in each area.

The passage of time also affects the types of enemies we might encounter: it’s possible to advance time in camps or inns, and there’s a whole variety of monsters and creatures that we can only encounter at nighttime. 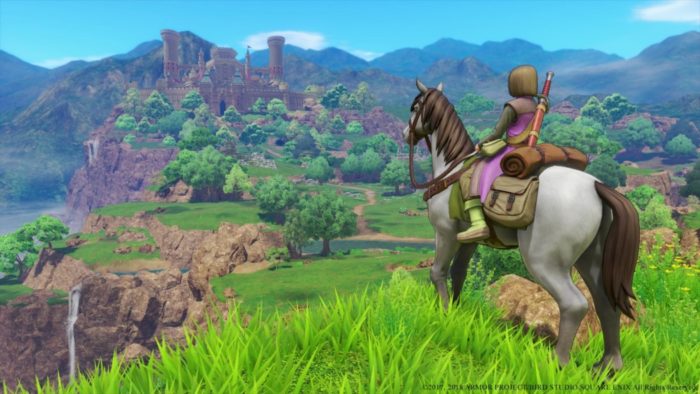 Unlike so many other open world games out there, the world of Dragon Quest XI it is divided into several segments, which are quite vast, and with a lot to explore and discover.

Cinema: check out the review of the film As Aventuras de Tintin

The graphics of the de Dragon Quest XI are a masterpiece: produced in the ever-versatile Unreal Engine 4,the developers managed to deliver a vivid and exuberant game, with beautiful graphics and lighting effects that give an extra charm to the game. The game runs very smoothly, the game doesn’t choke and transitions between locations are fast (with brief loadings). 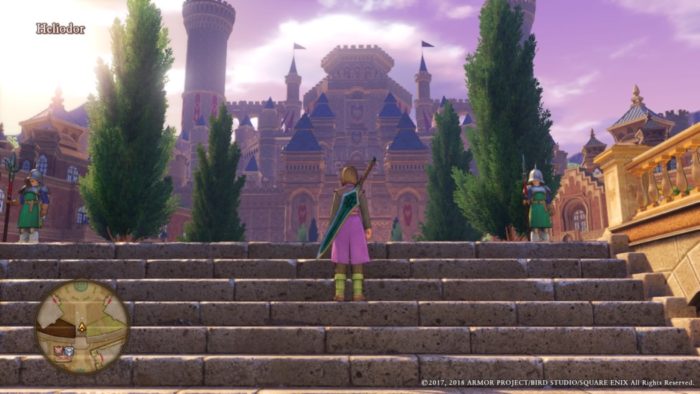 The soundtrack was produced by Koichi Sugiyama — who has been at the forefront of the series since the first game. In partnership with Tokyo Metropolitan Symphony Orchestra, the composer delivers new and grandiose arrangements for classic themes from the series Dragon quest in a splendid way.

Let’s not forget the dubbing: another hit in the game. I’m a fan of dubbing games, whether in Portuguese or English (in case the game is in English) and in Dragon Quest XI the voice team seems to have been handpicked: in addition to a great lipsync job, the voices deliver a fantastic job of acting during the dialogues, each voice matches its respective character and this only adds to the immersion of the game. 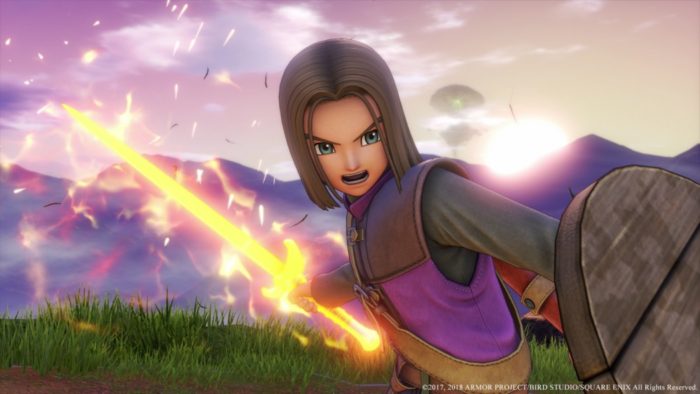 It is noteworthy that only the version released in the West has dubbing. As it’s not all flowers, unfortunately the game was not localized to the Tupinikim lands, being 100% in english. Considering the large amount of information, menus and dialogs, it is necessary that you have some knowledge of the language in order not to feel lost.

Dragon Quest XI is an RPG aimed at longtime fans of the series, but also trying to win new audiences by combining current news — such as incredible graphics, story and improved gameplay — with a rich universe, full of beautiful landscapes and captivating characters. 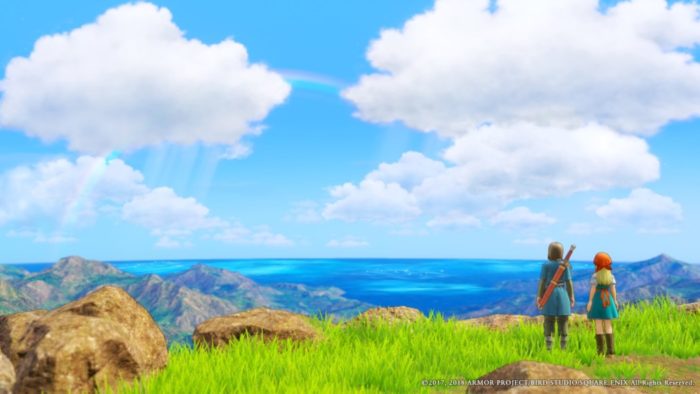 It’s been over 10 years since the last console release of the saga (which was Dragon Quest VIII), but the wait was worth it: Dragon Quest XI delivery more than 50 hours of campaign, and its post-game content yields another good hour of gaming for those who want to make it to the secret ending. A legitimate JRPG with the seal of quality Square Enix!

BestyGames VR: Check out 10 upcoming VR games to keep an eye on

*The guest collaborated with this analysis. Stephano Luiz.

Dragon Quest Heroes 2 Review – The Return of the Great Battles

Borderlands: The Handsome Collection is the new EGS free game

Nintendo Switch sold in the UK in the number of 80 thousand. copies

Alien: Isolation is on Nintendo Switch

Other sources confirm the rumor about new versions of Nintendo Switch

Yo-Kai Watch 4 to be released for Nintendo Switch