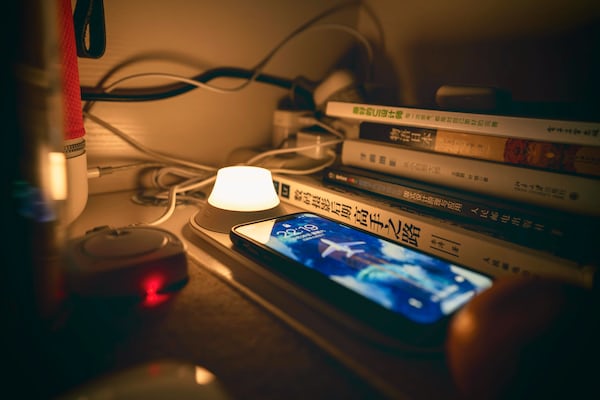 April 26, 1986, the Chernobyl nuclear disaster. The worst nuclear disaster in human history. Countless games, movies and series have already been made about it and there will undoubtedly be many more to come. Despite it being a horrific event, our human brain is not destined to give up our natural curiosity. As far as media is concerned, there’s been plenty to do with that lately. A few years ago there was the excellent HBO series Chernobyl (if you haven’t seen it, definitely check it out), STALKER 2 is currently scheduled for next year and for now there’s Chernobylite. A supernatural survival horror thriller that uses the power plant and its surroundings as a landscape for an open world game.

Chernobylite is a somewhat special game. Almost the entire game has been rendered as realistic as possible with the help of laser scanning. It produces impressive and recognizable images such as the well-known Duga station. You know, those gigantic steel structures that most resemble high-voltage pylons. However, there is a story that is quite far removed from reality.

In Chernobylite you play as Igor. A scientist who lost his wife in the nuclear disaster. She has disappeared without a trace and years later, after some peace dreams, Igor decides to look for it. Starting at the reactor, of course, because that’s where it all started. However, Igor knows more and deep in the reactor he finds Chernobylite. A substance that was created during the disaster and can be found all over the environment. Chernobylite is quite unstable stuff and gives you the opportunity to do all kinds of weird things with time and space. He also has a portal gun and with Chernobylite he can open wormholes to “teleport” himself and others. You guessed it, there’s more to it. Especially when the KGB comes to say hello and they don’t do it to sell market products. That’s where your interdimensional journey starts with Chernobyl as the background.

Survival with a nuclear reactor in your garden

But what exactly is Chernobylite? A shooter? A story-driven game? A survival game? A horror game? All a bit actually. At first, Igor is quite a weakling because, well, he’s a scientist. You are thrown into nature to collect so many resources, tidy up your base a bit, take on some allies and find clues about what the heck is going on. The first few hours of this piece are excruciating. Igor doesn’t even hit a road sign from a meter away, gets stressed if he manages to shoot someone and dies if someone near him sneezes in the wrong direction. What does that mean? Collect resources like an idiot in one of the five areas and build your base so that with the right stuff you can build more to find allies. In the first part of the game you are only busy dodging everything and staying in the shadows as much as possible. The survival piece.

In the long run you will have enough resources to actually do things. That’s when the game really started to come alive for me. You have more allies learning your skills. Like increasing your inventory or (finally) being able to shoot your weapons better. Which by the way is more than just putting a check mark somewhere to let them know that you can do it. The characters actually teach you what to do. With the help of an obstacle course, for example. Many more options open up for combat and clumsily operating your weapons becomes a bit manageable. So you can actually start shooting without being shot to pieces yourself. This is therefore the moment that the game thinks of increasing the supernatural theme and bombarding you with monsters. Don’t immediately think of Farcry, but more the subtle side that we know from STALKER. They have their origin in Chernobylite so they have their own form of teleportation targeted attacks. The horror element thus gets a more prominent role, because they can suddenly appear at somewhat unusual moments. Does it get really scary? No, although there are a number of jump scares that are placed in very good locations.

Where has the time gone?

What Chernobylite does very well is playing with time. As mentioned before, the stuff Chernobylite offers the possibility to play with time and space. Space by being able to teleport and time by being able to adjust your choices in the story at a later moment. When you die, you don’t necessarily die. You then end up in a kind of other dimension where all your choices up to that moment are depicted with crystals. If you don’t like a choice, you can adjust it at that moment to mess up the entire timeline. You can completely forget them, which will erase the entire mission structure of that decision and you can (partially) play it again. You can even build an object in your base later in the game to be able to adjust the timeline at any time. Few games actually dare to do such a thing and I can only give Chernobylite’s developers full credit for offering this choice.

As a smaller game, this game may get a bit overwhelmed by all the great violence that is to come. Somehow it’s a shame that he might be a little bit in the shadow of that other Chernobyl related game. Although the game lost me a bit in the beginning due to the too much emphasis on the survival part, the 80% that followed made up for so much. The story continues to interest you, the gameplay gets a lot better and the atmosphere continues to grab you. As far as I’m concerned, this smaller game can compete with the bigger guys.