Chronicle and criticism of the Sony conference at E3 2018 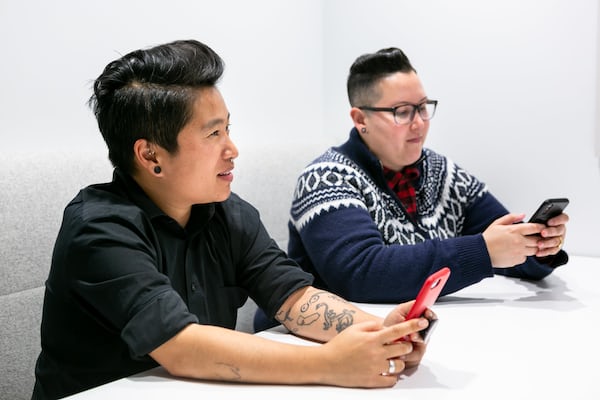 Chronicle and criticism of the Sony conference at E3 2018

In the early hours of Monday to Tuesday, from 00:00 hours, we returned to attend the Days of Play Celebration, the event that Sony organized in Madrid on the occasion of E3. This is how we live the Sony conference at E3 2018 in Medias Puri, the room chosen for the occasion.

As happened last year at the Shoko nightclub, this time it was not for less, with the entire place decorated and prepared, filled to the brim with consoles where you can try various games such as Street Fighter 30th Anniversary Collection, GT Sport, Onrush or Dragon Ball Fighter Z; there was also a virtual reality presence in the form of the playable demos for Blood & Truth and Robot Rescue.

The rest, which may also interest you, was a very pleasant atmosphere, people with a good vibe, a few drinks, quite generous catering and, of course, contests, live music and entertainment. It is curious that, entering through that portal of what was once a haberdashery, one suddenly finds such a large space.

And that’s how time passed, between a game, a couple of trips out to disconnect for a while, have a snack here, drink something there, listen to the concert -the group is very good by the way, playing great songs in style – and go from one place to another, fostering that atmosphere of general nervousness prior to what we were all waiting for: the Sony conference.

After barely ten minutes, I was surprised to go downstairs and see almost everyone already sitting in some chairs that had been brought out for the occasion. Fortunately, my colleague Bernie and I were able to find a good couple of places already ready, from the club itself. Imagine the illusion, the desire, the expected moment for which many of us were there, awake on a Monday morning.

Leaving aside the issue of the environment and the place, which could not have been more conducive, we are going to focus on the conference itself, on the games. I’m going to tell you a little about what I thought.

I start with a general feeling of a certain disappointment, since they have hardly taught anything new, and of what was already known we have not even seen almost any departure dates.

I was saying a certain disappointment because, on the other hand, what was shown could not have been more spectacular. You already know the debates I have with my friend Bernie, he is very fishy, ​​and, of course, when I saw the different trailers, I told him “look, on a console almost five years old”, and he put on a circumstantial face and answered me “But is that the game or are they videos?” It is not for less. In fact, between us, I highly doubt these titles will look like this in the end, and will necessarily suffer some downgrade. On the other hand, remembering my article on Naughty Dog, I allow myself to dream and think that at least The Last of Us 2 will look that way.

And since we are with The Last of Us 2, let’s talk a little about my impressions of the different games. This Naughty Dog bomb looks like everything they do, a masterpiece. In the trailer, apart from confirming Ellie’s sexual orientation (questioned from the Left Behind DLC), what we have seen are in-game scenes of great crudeness and tension. I won’t say realistic, because it seems a bit unusual for a 50 kilo girl to stand up to thugs who come to beat her up and stamp her, but who cares! Hey, Ellie is like Batman, okay, we don’t care about her, we adore her! The graphics are simply next generation, stunning.

Then we had the opportunity to recall the games that have been announced at the Countdown to E3: Tetris Experience with support for PSVR, Days Gone, Twin Mirror, Ghost Giant for PSVR and Beat Saber also for Sony glasses. Nothing new on the horizon, and indeed an unnecessary trailer in a way.

The Forsaken expansion for Destiny 2 followed, as a geek in the room let out a bloodcurdling scream. Will these people realize that if we all did the same thing it would be impossible to see anything? Forgive my ramblings, it’s just that I was torn between looking at the screen or the kid in ecstasy. Be that as it may, Destiny has never interested me much and therefore I did not care a bit, although I am sure that this DLC will be very welcome among fans of this remarkable saga.

Come on, come on, let’s get back on the right track… no, on the terrific track with another cucumber called Ghost of Tsushima. Impressive is little. In the trailer, which mixed videos with in-game scenes, we were able to get an idea of ​​the impressive technical bill of this title, which is already on my list of essentials. Another exclusive to take off your hat, although for a change from it, no departure date has been said either.

Control followed, a surprise from Remedy and 505 Games that is reminiscent of Quantum Break, but which -maybe this is just me thinking- clearly paled next to what we had already seen. The problem here is that if we are going to demand the quality of The Last of Us 2 or Ghost of Tsushima from all games, be very clear that this business model is going to change, starting because in an annual event like E3 it is impossible teach novelties, as has been proven, due to the eternal times of development. So let’s settle for knowing that Control will be released in 2019, something that, beware, is far from assured of the others.

Which brings me to the remake of Resident Evil 2, which will also be released at the beginning of the year and of which the first images have already been shown amid more crazy screams from the spectators. Let’s see, we are talking about a legendary game, but to be fair, despite the facelift, there is something in it that feels old. Also, were those characters Leon and Claire??? Because in this case the creators have smoked something without a doubt. To make matters worse, some rumors had been leaked that made this title compatible with PSVR, something that almost all of us have thought when seeing the trailer starting with a first-person perspective. Well, nothing about virtual reality, friends, but we’ll talk about that later.

What we will see on PlayStation VR is Trover Saves the Universe, from the creators of Rick and Morty and definitely in the same style: a light, simple game, with raw humor and little else to say.

Then we had the opportunity to take the pulse of Kingdom Hearts 3, with the usual overflowing charisma and a technical invoice that, although it cannot compete with the heavyweights that we had already seen, it was at least striking, with a recreation much more realistic of Donald and Goofy. In addition, I must confess that I have not played the second part and it seems that they are also going to release a compilation that I do not intend to ignore.

And then THE TIME came… well, or that’s what Hideo Kojima would have wanted. The truth is that, next to what was shown above, Death Stranding failed to surprise. Don’t get me wrong, Kojima-san’s work is on the right track, but at least for me personally the hype doesn’t last three years, less when they don’t even give a release date. In my opinion it is even ridiculous, if I tell you the truth; and we still don’t know what exactly the game is about, but hey.

Suddenly we get a completely unexpected surprise in the form of a short trailer followed by an on-screen title: Nioh 2, yay! Server is playing the first one right now and I’m having a blast, so this news is very welcome.

And the presentation ends with more of Spiderman, in a spectacular trailer where we see all the villains that will surely face us throughout the game. We can say without fear of being wrong that Spidey is going to have a title to match him, and it would be very rare if he did not meet expectations as a result of what was shown.

As you can see very little news and, what is worse, most of what has already been announced without a release date yet. They have also criticized the conference for having a somewhat erratic rhythm, with live music that cut quite the roll, however pleasant it was.

The E3 that buried PSVR

When it seemed that the presentation was over, suddenly From Software’s Déraciné was shown for PSVR, a game that does not even make up for the alarming lack of news for Sony’s virtual reality peripheral.

In the so-called Countdown to E3 we were able to see some titles for PlayStation VR. The most optimistic believed that the smaller games were revealed earlier to show the big game in the conference itself.

The reality has been painfully different. Although speaking in the past is always easy, I must tell you that I feared the worst… and I really feel I’m right. In the entire conference not a single mention of PSVR, except with the “dribble” (let’s not fool ourselves) Trover Saves the Universe and the incipient Déraciné, behind the scenes and at the end.

Where are Fallout, the rumored Bioshock, the VR mode of Ace Combat…? What the **** is up with Golem or Star Child? Wasn’t Impulse Gear up to something? And Moss 2? There was even talk of support for virtual reality in Resident Evil 2 and Spiderman, ha! For not teaching, we haven’t even seen anything else of the games that are supposedly on the way.

Above Sony has published a blushing list of what is to come to PlayStation VR. If we already know, man: indie titles, half-hour experiences and curiosities…

And that, my friends, is how a system fails. PSVR will survive based on indies, and I have no doubt that in the course of it it will manage to surprise us sometime, but we can definitely say goodbye to what some of us expected when we bought the glasses.

As I told you in my PSVR article after a year and a half, it is unfortunate that Sony does not have the foresight to realize that virtual reality is the future, and that it has millions of potential customers to be at the forefront. head. Instead, having already largely succeeded this generation, it continues to pour all its resources into PlayStation 4.

At least PS Vita is no longer alone in the desolate wasteland of ostracism.