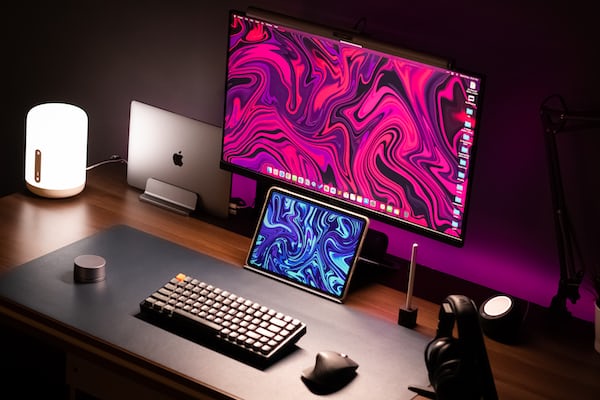 Today, the LEGO Group announced the arrival of a unique social play experience: for the first time, kids and fans can connect LEGO Mario and LEGO Luigi figures together for new duo player challenges in the world of LEGO Super Mario. This new eye-catching game feature encourages play together and is ideal for family moments as two players enter the LEGO Super Mario universe together for new LEGO brick-built adventures.
Duo player adventures with LEGO Mario and LEGO Luigi (or any combination of the two figures) is possible by connecting them via Bluetooth. Kids and fans now play together in one team and can collect additional digital coins by performing actions together such as walk, spin and jump.

Players work together to defeat enemies and challenges, and share rewards, or they can completely turn the game around by going head-to-head. This new unique duo player feature was also featured in a video the LEGO Group and Nintendo shared earlier today. “Our main intent is to encourage endless creative building and remodeling, and create extended playtime. With today’s announcement, we’re bringing LEGO Mario and LEGO Luigi, their friends and foes, to life, while the new interactive feature delivers unlimited fun. We are very excited to expand the play experience and the LEGO Super Mario universe with even more new sets and characters, and hope to bring fans into this story,” said Simon Kent, Creative Lead of LEGO Super Mario.

The interactive and highly anticipated ‘Adventures with Luigi’ starter set is the latest addition to the LEGO Super Mario product line, the result of a unique partnership with Nintendo, introducing a whole new way of playing with LEGO bricks. Starting August 1, players can get started with LEGO Luigi in the LEGO Super Mario ‘Adventures with Luigi’ starter set, which can be played in both single and duo play.
The twin brothers LEGO Luigi and LEGO Mario are available in separate starter sets that take you into the world of LEGO Super Mario. You create the interactive duo game by combining the two figures, which is thus possible from 1 August. Along with the announcement of the new Bluetooth-enabled duo player mode, the LEGO Group is also introducing four new expansion sets, two new power-up packs and ten new character packs. The four new expansion sets are all very exciting builds for children to expand their base sets, and in addition to an extra coin collection contain elements suitable for both single and duo play. As of today you can pre-order the ‘Bowsers Airship’ expansion set. With this set, fans build a new challenging level where they battle the infamous flying ship. Battle Kamek, a Goomba and a Rocky Wrench, then battle the ship itself! Bowser’s Airship can be set up in ‘flight mode’ or unfolded in ‘course mode’.

All sets and packs allow fans to expand, remodel their adventures endlessly
and customize, and enjoy creative play in an interactive duo game with LEGO Mario and LEGO
Luigi.