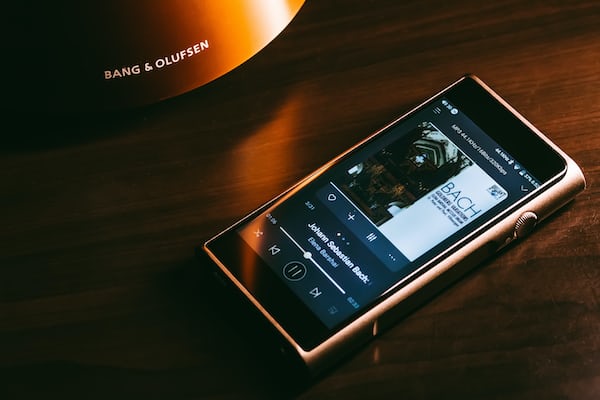 Almost everyone is familiar with the mythical Half Life game that, it could be said, redefined the concept of FPS, providing a dense and forceful story beyond the pure and simple kill-kill. Such was his success that, among the many mods he enjoyed, there was one that was a phenomenon in itself: I am referring to the very famous Counter Strike, which would later come as an independent game over several installments. As well, Playing Firewall: Zero Hour I couldn’t help but remember that first Counter Strike where the current dynamics of online FPS began to be defined.

And it is that virtual reality, that cutting-edge technology, has taken us back to the old days in many aspects: games where, as I have commented in some analyses, we go back to counting the megabytes in the PS Store to see if there is chicha; relatively short games, with straightforward gameplay; and games like Firewall: Zero Hour, where the mechanics take a step back, but at the same time they retain that almost endearing air and of course very funny.

However, let’s not be fooled. Why does a current game, even if it is virtual reality, have to present these somewhat old mechanics? Well, as always friends: lack of interest in developing something really big for an emerging technology.

Thus, what Firewall: Zero Hour proposes to us is to form two teams of four attacking players and four other defenders. The objective: access or preserve valuable data stored on a computerbasically reaching it and staying close to start the download or stop it.

Being the attackers is somewhat more entertaining, since in addition to the infiltration itself, you have to first locate and activate some access points to the firewall to know the final location of the computer. The defenders for their part must prevent it, which basically consists of taking good positions and waiting.

This game mode, which is still typical of controlling areas with some frills, is, for now, the only thing we are going to find in the title. Forget free-for-all, zombie mode, capture the flag, etc.

But this leads me to talk about something else. I have verified that games never end because attackers or defenders achieve their objective. Without exception, the game ends when one of the two teams eliminates the other, since there is no respawn. A downed player can be revived a couple of times if they don’t get riddled first, but in practice everything results in a complete annihilation.

Damn, couldn’t they have left that for a team fight mode, and for the damn thing of the computer have allowed the respawn until the objectives are met or the time runs out? Well, it seems not.

And that’s because Firewall: Zero Hour is very, very green, launched as they say without baking, and is crying out for a series of patches that will undoubtedly arrive. You don’t know what the heck it is, nowadays, to have to analyze games knowing that in a short time they will improve significantly, but the case of Firewall: Zero Hour is especially noticeable. We are talking about a title that urgently needs more game modes and some adjustments to various mechanics.

The precocity of the title is also noticeable in something even more serious, and that is that, being an essentially online game, it is not uncommon for the server to kick you out of the session after two or three games.

It is not possible to create public sessions, but the game itself is dedicated to bringing the participants together. In this way, if you invite a friend, both of you enter, but most likely in opposing teams, when the grace of Firewall: Zero Hour consists precisely in coordinating with your comrades.

If we fight against bots, we can create sessions, and in this case play alone or with one or more friends. Strangely, the bots come back to life over and over again when you shoot them down, so in offline mode you’ll have to accomplish the mission’s own objectives unless you’re killed first. Come on, that changes quite a bit.

Weapons, equipment, we want it all!

Firewall: Zero Hour has a double experience system based on itself and on cryptocurrencies. We get both as we play. Usually experience, which defines our level, is required to unlock content that we can then buy with in-game currency. The additional characters, however, are achieved as we level up, not being necessary to buy them.

speaking of characters, in this game we are basically mercenaries. Eight are available initially, but another four can be unlocked just like i said. Everybody has a predefined ability and another that we can set once the necessary requirements have been met.

The abilities are very noticeable, and give us, for example, greater resistance to bullets or increased reload speed, going through additional grenades or ammunition, improved ability to heal downed teammates, quieter movement, etc.

The amount of equipment is also not negligible, starting the game with an assault rifle, a shotgun or an automatic rifle, in addition to the pistol as a secondary weapon. apart from that we can unlock a lot of new weaponsthey are all very customizable with sights, stocks and other modifications, which is much appreciated and is also noticeable in the games, biting us to improve our team. We also have two auxiliary weapons, which can be different types of grenades, mines, C4 and even a bag of ammunition that we throw on the ground and we have it there for emergencies.

Personalization is also present in the form of numerous skins for both characters and weapons.from simple flat colors to intricate decorations.

But The best thing about Firewall: Zero Hour is how much fun it is to talk with your colleagues to coordinate and form a real team there, in virtual reality. When you start to get to know each of the nine scenarios available (some very large by the way) the game acquires an amazing tactical style that, I insist, with the virtual reality helmet reaches levels of immersion never seen before.

Your companions are physically there with you, and enemies lurk much closer than a poor flat screen will ever represent.

If you add to this the rush to level up, unlock new equipment and check how you progress in the game, the truth is that we have Firewall: Zero Hour for a while. Imagine what this title would have been like with more game modes from the start!

eye, because if they add a good amount of content and smooth out the rough edgesas they have promised from First Contact Entertainment, we could talk about a big one for PSVR. So stay tuned.

I am going to bring together all the technical part, from controls to graphics, in the same section, more than anything so as not to bore you.

The game supports AimController (no Moves), simply essential. can be played with Dualshock 4but in this case the difference is obvious. The movement is freewith the possibility of smooth turns and sequential. The controls are intuitive and simple, and the title immediately feels comfortable and, more importantly, playable.

The finishes are more than decent. Although the stage is not destructible, the holes of the bullets and the “sparks” of these when impacting are there, transmitting good sensations. The characters, yes, suffer a little from the effect of the elongated arms that we have seen in other virtual reality games.

In the sound aspect Firewall: Zero Hour complies well. When starting the games, still with the black screen, we listen as if we were picking up and preparing our weapons, while orchestral music introduces us to the core. The short but bombastic melodies are heard when there are changes in the development of the game, as the teams meet their objectives. The sound effects, as usual, achieve their goal without further ado. By the way, the game comes dubbed and translated into Spanish.

Putting everything in one section does not mean overlooking the fact that, purely technically, Firewall: Zero Hour does very well. In short: intuitive and comfortable controls, quite competent graphics and a sound that accompanies perfectly. It could be said, in a way, that despite its flaws and its hasty launch, on the other hand this title feels like a complete game due to its good finish.

As I have told you throughout this text, if you are a video game lover -and both those who write and those who read are -, sometimes it hurts to have to analyze games like Firewall: Zero Hour, which you know for a fact is going to be a much better title in a matter of weeks and even days.

It hurts, on the one hand, because as a fan it sucks not to play the optimal version of a game. In fact, everything I buy on my own tends to age for a while, like good wine.

But it also hurts because, as an analyst, you ask yourself: why are the developers sending us this like this? Why don’t you wait a month or two for it to be more polished? What grade do you give to a game that has great potential and you know 99% that it will improve over time?

Firewall: Zero Hour is a title that does the most important thing well: controls, immersion, graphics and gameplay. It fails, and it also fails a lot, in things that can be easily corrected with patches: a somewhat weak online support, few options for creating games, a single game mode and some perfectly rectifiable design errors.

When in doubt, in my games I would ask a kid -thanks Rubén for your good advice- what grade he would give the game. He told me “from eight up”, but I think he was thinking more about what will undoubtedly be Firewall: Zero Hour and not about what it currently is. Definitely, it will be a title that over time will deserve a point more than what we are going to give it now, but it is what it is as long as developers continue to release their games like this. We have to rate what comes to us as is, they will know.