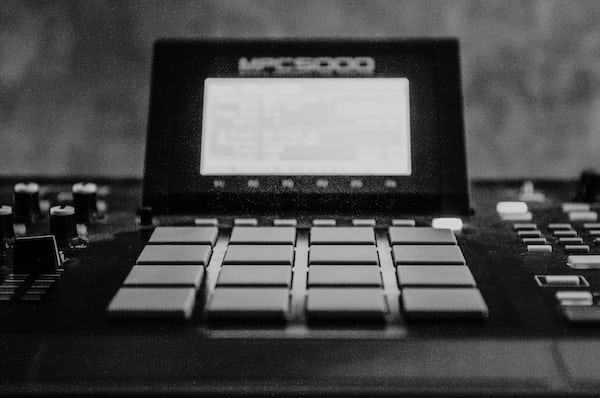 Rolling with balls is always fun. We know of course Marble Madness, Monkey Ball and Katamari that have made ball rolling super popular. But lately there have been very few titles that have successfully developed this theme. The Danish developer, Bolverk Games, is happy to change this with Glyph. A title that already appeared on the Nintendo Switch at the beginning of this year and is now making the switch to the PC. This physics puzzle platformer adds a lot of new elements to rolling a ball from point A to point B. Is this a big risk or do all these elements come together in a nice round whole.

A beetle in ancient Egypt

Glyph is set in an alternate version of Egypt where large Scarab beetles rule. Unfortunately, this civilization did not survive and now only ruins remain. Glyph is a robotic beetle who is tasked with restoring this lost world to its former glory by rebuilding an ancient temple. You do this by collecting as many diamonds, coins and golden scarab beetles as possible in the large amount of levels that this title has. As you can see, the story is not the strongest point of this game. The “tell” bug that guides you as a player via text clouds feels like a cheap way to give the player the necessary information as quickly as possible. The aura, music and presentation of the world in Glyph is very strong and mysterious enough on its own. The creators would have done better to keep this mystery alive and omit the extra beetle altogether. In addition, this beetle also often reveals where you can find the secret items in the level. This tries to make the game more accessible for the more inexperienced players, but there is little to discover for yourself. Fortunately, you can skip the story and this bug to fully enjoy the gameplay.

In the first half hour, all gameplay elements are calmly presented to the player, so that you can quickly pick up different elements. In Glyph you do much more than just roll a ball. You can jump, double jump, fly, wall jump and stomp and you will have to combine all these elements to successfully complete all levels. A physics puzzle platformer stands or falls with an exact control and luckily the controls here feel very precise and exact. For example, one skill you should pick up soon is combining a stomp with a double jump to gain enough height and then fly to a platform. Combining is easy and although you notice that the game was originally conceived for a controller, the ease of looking around with the mouse is an advantage for the PC title version. You might be wondering how hard rolling through the sand can be? The sand you see everywhere means a game over screen. You are only safe on the pieces of stone from the broken buildings that are scattered here and there in the sand.

Two types of levels and a hub level

The temple you are trying to build is also the hub where you can choose the different levels. Not all of these levels are immediately available, but you will have to unlock them by collecting all the coins, diamonds and gold beetles. These can be redeemed to not only gain access to new levels, but also rebuild the temple and gain access to even more portals of levels. Fortunately, you don’t have to play everything perfectly to get to the end. If you don’t succeed in a level, you can also skip it, there are plenty of coins and diamonds to be found in other levels. There are two types of levels that you can unlock. The discovery levels give you an environment in which you must collect everything to complete the level. In the time trial levels you have to race through a level as fast as possible, breaking three times to unlock all the diamonds. This variation ensures that there is some variety and each level also looks different, making it always interesting to start a new level.

For the players who like to collect everything in a game, there are also a lot of cosmetic prizes to be found here. This allows you not only to give the beetle a different look, but also a different effect for the track you see when you fly through the air. A downside here is the difference in difficulty between the levels. Many levels are relatively easy to complete, but every now and then a level comes your way that significantly increases the difficulty. This can be very frustrating at times as you have to restart the level many times. Luckily you won’t lose your progress on your coins, bug and diamonds, unfortunately you will have to collect the keys and cosmetic prizes again. The game feels very polished and finished here. The loading screens are neatly hidden, the game runs like a train at a stable high frame rate and you don’t encounter any strange technical problems.

Glyph is a title that offers a lot of beautiful levels for both the more serious gamer and the inexperienced player. The game controls super tight and precise, so it always feels right when you land perfectly in the right place after a long flight through the air. The game looks very neat and we like the technical finish. The story is minimal, but luckily you can avoid it. It is only a game that you occasionally play for fifteen minutes instead of hours in a row. Especially for the player who likes to quietly try to discover, collect and unlock everything, this is the perfect puzzle platformer.