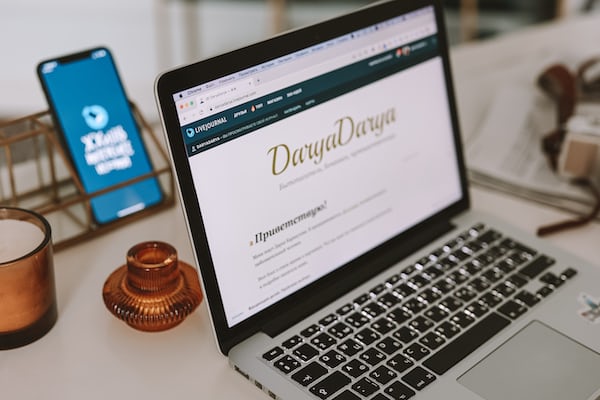 When you talk about first person shooters in World War II, you immediately think of titles such as Call of Duty, Battlefield or, if you go a little further back, the Medal of Honor series. With the multiplayer of these titles you also think of arcade gameplay and achieving the highest possible score so that you can show off at the end of a game of shooting. Playing together was never the main goal in these games, even if you played a mode in which that is actually the intention. As soon as there are a few excellent players in one team, the whole team almost always wins. With the greatest of ease they shoot, slide and jump through the levels where you start to wonder if this is completely representative of what really happened back then. Of course this kind of gameplay is very popular among the target audience but what would it be like if you had a shooter that focused much more on realism? And I’m not just talking about dying your character faster, but also about the tactical side of waging war. Developer Black Matter probably also had this thought because in October 2017 they started a Kickstart campaign for **** Let Loose. **** Let Loose came out in Early Access mid-2019 and has had several major updates since then. The game was fully released on July 27 and we are very curious whether this war simulator is worth it.

It’s not for nothing that I describe **** Let Loose as a simulator and not as a first person shooter like the above titles. Everything you know about these shooters can be thrown in the trash as soon as you fire up the new title of Black Matter. This game is so unbelievably merciless and tactical that for the first two hours you’ll be staring at your screen with some despair, wondering if this game isn’t full of invisible cheaters. You initially start the game in good spirits and put together your character, this is not much to say because you only have a few options for clothing and weapons that you also have to unlock first. Anyway, you “enlist” yourself in the army and then get a list with the different servers that are available at that moment. This immediately feels nostalgic, because being able to determine yourself on which server you play has not occurred in games such as Call of Duty for a long time. What immediately strikes you is that at the moment it is not very easy to just enter a server. The servers have a maximum of 100 players which means it’s 50vs50. You often see at servers that there are still a few places open, but as soon as you try to get in you often get a message that these places are reserved for so-called VIPs. This results in a lot of frustration because you often have to look up servers that are only three-quarters full to make sure you get in. Once you have managed to get into a server, the party can begin, the first step is to choose which role you want to play. Think of the regular soldier roles such as Rifleman and Assault, but you can also choose from specialized roles such as the Officer, Support and the Engineer. In total there are 14 reels to choose from and each reel has its own purpose. For example, the Engineer can place useful objects such as sandbags and bunkers anywhere on the map, but does need Supplies for this, these Supplies can then be supplied by the people who play Support. The Officer can then place so-called Garrisons that allow his own team to respawn in a tactical location, so it is very important to keep these people alive and get as far as possible into enemy territory. When you have chosen your role, each team starts on its own part of the map and has to push back the opponent by taking over points spread over different sectors. Taking over these points not only ensures that your team can spawn again in those places, but these points also ensure that you collect certain resources. These resources are split between Manpower, Fuel and Munitions and can be used by the main role of **** Let Loose: The Commander. Each team can of course only have 1 Commander and this is the person who has to ensure that your team wins.

The Commander has a complete overview of the playing field and can call tanks into the field on the basis of the resources, request bombings and, where necessary, have Supplies flown in. It is therefore necessary to listen carefully to those who dare to take on this role. Since you almost always fall dead with 1 good shot, it is very important that you and your squad (of a maximum of 6 men) carry out the tasks that are passed on by the Commander. Conversely, there must be clear communication to the Commander when you need help from other squads or if you need a bombardment on buried opponents, so having a microphone is almost a requirement. The emphasis in **** Let Loose is so much on playing together that at the beginning you don’t know what is happening to you. As a seasoned Call of Duty player, you immediately set out on your own to put down as many people as possible. You soon realize that this tactic is useless. You run a few meters and you suddenly drop dead, can happen. You pick a new place to come to life and sprint back into the fight, bam dead. The first two hours of **** Let Loose I was constantly dying and never knew where it came from and that’s really frustrating. Also because the game doesn’t have a tutorial, you don’t have the faintest idea at the beginning what the intention is and that can deter many players. It doesn’t help that the game is unforgivably difficult. You are often dead with one shot, there is no killcam so you don’t know where it came from and you get no feedback when you have killed an opponent. So when it is not certain whether someone is dead, it can be quite exciting to continue walking. Ultimately, it always comes down to teamwork to progress in a game and when your team really plays well together, it ensures the most atmospheric and intense experiences you have experienced in a World War II shooter. You’ll see players crawling through the grass, taking shelter in bushes and running from wall to wall in the famous town of Carentan as they come under fire. In the background you can hear the bombings and tanks deployed by the Commander and the screams of fallen soldiers. Good communication allows you to see other squads through the flank helping those under fire and with some well-aimed shots you have gained a few meters in the sector together. It also feels like you have to fight for every meter and then it is not surprising that the jars easily last 90 minutes.

As you might notice, **** Let Loose is not very friendly to beginners. There is no tutorial to explain everything, teamwork is the only way to win and you will drop dead after 1 bullet. What is nice to see is that the “veterans” of this game actually automatically take on a leadership role and take the newbies in tow, just like a real war. Furthermore, the difficulty of this game is not helped by the poor performance. On an above-average PC it is very difficult to reach 60fps and even then you regularly suffer from small stutters while this game is anything but graphically impressive. Fortunately, the maps are well put together and give you a real feeling of being in a certain country that was destroyed by that terrible war. This feeling is enhanced by the excellent audio, bullet shots sound extremely realistic and the ambient sounds immediately remind you of the legendary Band of Brothers series. **** Let Loose is a tricky game to rate. This is definitely not a game for everyone, people who like fast action and lots of kills will run fast. People who are looking for more depth will come to the right place, although they will have to struggle through the first hours. But if you manage to persevere, with **** Let Loose you will get a game that can provide many beautiful moments.