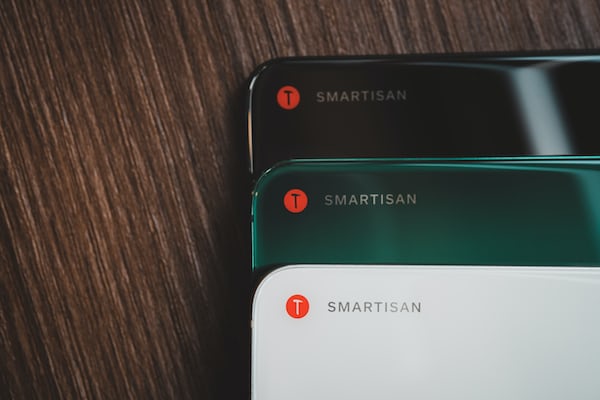 For this review we decided to take a little more time than the other titles, as we wanted to understand for sure what we were going to talk about. As of today, however, we are finally ready to analyze Mutant Year Zero: Road to Eden, the new turn-based strategy developed by The Bearded Ladies Consulting and published by Funcom. What, on the surface, could have seemed like any role-playing game, turned out to be a much more complete title than those of the same genre.

Each mission can in fact be tackled in the most creative way possible, going straight to the point or exploring the entire area to collect precious objects. All this embellished with very well-finished graphics and a noteworthy stealth component. But let’s calmly analyze every single aspect of Mutant Year Zero: Road to Eden, starting from the plot.

The Ark as the only safe place

The title is set in a long-term post-apocalyptic world, populated by tired and disorganized survivors, who try to take refuge in strange settlements structured by them. Among these structures, the main one is the Ark, a collection of scrap and metal where men and mutants live in complete harmony. Threatening the Ark is not only the increasing lack of food, but also the presence of the gods ghul, infected ready to eliminate everything and everyone.

The protagonists are initially two: Bormin And Duke, a rather abrupt wild boar and an anthropomorphic duck with derisory tones. After discovering the disappearance of Hammon, one of the most important characters of the Ark, are sent on an expedition to find him and bring him home. During the adventure, they will find themselves faced with a very high number of obstacles to overcome, discovering that their existence is somehow linked to a promised land called Eden. This is where the journey begins.

A gameplay that rewards stealth

The central point of the story is undoubtedly the Ark. After visiting it for the first time, you can return at any time using the fast travel. Every single resource collected along the way can be essential to make the characters even stronger. The Ark is in fact composed of several shops thanks to which it is possible to unlock team bonuses through the artifacts obtained, improve weapons and make the characters more effective by unlocking unique skills.

The gameplay Mutant Year Zero: Road to Eden, excluding the exploration aspect, is essentially similar to that of any other RPG. Each level has a unique structure, therefore forcing the player to implement a different strategy each time. The type of enemies is not very large, but some can also regenerate the life of the companions, making the fights never banal. To make things even more interesting are the levels of the enemies, which are difficult to defeat if it is higher than that of our characters.

The number of opponents to take down is always quite high. For this reason the stealth component plays a fundamental role. In order to be the winners of a fight, the best solution is to eliminate the enemies one at a time without being detected, so as not to face the group face to face. The combat system is the classic one on the grid, with the exploitation of the objects present in the environments (such as destructible covers) and the turn that ends immediately after attacking.

From the point of view of the equipment the title is quite broad, with weapons and gadgets of different types, both for long and close distances. A very interesting feature is the ability to share equipment with the whole team, without having to trade before a fight. All the characters can in fact access the gadgets at any time of the game, allowing the player to stay focused on the action that is taking place.

Mutant Year Zero: Road to Eden and the technical sector

While the gameplay is convincing in the right place, it is impossible not to praise this title for the technical sector realized. The Unreal Engine used by the guys of The Bearded Ladies Consulting shows itself in great shape, staging an unusual setting for a game of this kind. The volumetric haze, thick grass, and advanced lighting have an almost maniacal care, even though the title takes place almost entirely within a forest.

Excellent work also done on the models of the characters, with some less accurate than others, but still of great visual impact. Characters that are made more captivating by the possibility of assigning them parts of equipment, thus changing their appearance. Let’s not forget the environmental destruction, clearly aimed at making the adventure more dynamic.

Finally, there is the sound aspect, well cared for to make the atmosphere as engaging as possible. The dialogues are very well done, with that pinch of irony that never hurts. There soundtrack it is made perfectly 80s themed, with a mix of synths from 1997: Escape from New York and Blade Runner and a sound part taken from UFO, as well as some rock melody coming from barely functioning radios scattered around the game map.

In conclusion, Mutant Year Zero: Road to Eden is a title that has far exceeded our expectations, putting on the plate a turn-based strategy with different and very pleasant mechanics compared to those we were used to. Patches released post-day one corrected those small optimization issues found, making the game a flagship for fans.