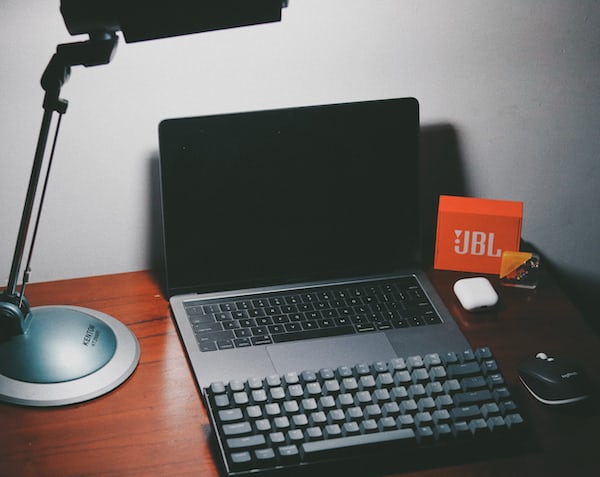 The NieR series has a long and relatively complicated history, despite only being published in two parts. The first part was released in Japan in 2010 as NieR Replicant with a young protagonist. Due to pressure from the American branch of Square Enix, the main character was replaced with an older version. For the PS3 version in the west, the game was released under the name Nier and for the Xbox 360 the name Nier: Gestalt was chosen. In 2017 the sequel came out Nier: Automata made by a different developer but with the same game director. And to make things even more complicated, the upgraded version of the original Japanese Nier Replicant game has been given the name NieR Replicant ver.1.22474487139. But enough history lessons, is this upgraded version worth picking up?

The search for a cure

One of the biggest strengths of the original was the in-depth story and the interesting characters that come along. The game starts with a segment that generates more questions than answers. A man and woman take shelter in an abandoned supermarket in a snow-covered post-apocalyptic world. The woman suffers from a mysterious illness. They are ambushed by a group of shadows and with the help of a talking book the man manages to stop the shadows with various magical attacks. Unfortunately, using the book has a price, its soul. The woman realizes this too late and also touches the book. Then hundreds of years later, a brother and sister find themselves in a similar situation. You are in the shoes of the brother and have to go on an adventure to save your sister.

NieR is at its core an RPG, where characters and history play an important role. The world is interesting and the player is really sent out to experience an interesting story. For the players who already know the story, there are even surprises and extras to be found. For the players who hear of NieR for the first time, there is really a lot to find here. Where many games spend little time on their characters, an amazing amount of time is spent here introducing the most important people in the game. This is both a minus and a plus. The first few hours of the game you have little sense of progression, because the game is preparing all the pawns. This feeling is not only due to the many conversations you have, but also unfortunately due to the structure and gameplay of the game.

A mix of many genres

While most older Japanese RPGs often feature turn-based combat, NieR Replicant manages to go in a completely different direction. It mixes hack & slash with bullet **** shooting action during the battles with the many small and big enemies. And although this doesn’t go as smoothly as the second part, it is a big improvement compared to the original. The controls are fluid and you have a lot of options and attacks to defeat enemies. Using the magical projectiles you can fire also seems at first glance to be an easy way to defeat enemies from a great distance. But a bit further in the game you will really have to get closer and there is quite a bit of tactics in the fights. Where things go wrong are the moments when you get too close to an enemy. Once hit, you can quickly do nothing at all. And the fights are also quickly repeated, this was also the case in the original and unfortunately is now the case again. The feeling of endlessly doing the same thing without any change is great here. The improved version is therefore really just between the first and second part in terms of battles.

The moments where the game moves away from standard expectations provide the best experiences. For example, the camera moves in various ways to portray the game in a new fresh way. For example, you will sometimes play the game from above or as a 2D platformer. The large projectiles that you have to avoid are not only present at enemies, but also occur while exploring the world. A good example here is a piece in a mine where you have to shoot projectiles from the sky while you are stuck in a mine cart. For the purists this may break the illusion, but for many it will be a pleasant breath of fresh air to keep the game interesting. Unfortunately, not everything is a success here. For example, the extra missions are really ridiculously boring and you have to travel enormous distances to deliver letters to people, for example. The reward is small, so you quickly skip these extra missions.

In many ways, NieR Replicant is the same game as 2010, despite many improvements to the combat system. The game is really a passion project to bring the game to the Playstation 4 and let more people in the west experience the original. The focus here was on cosmetic elements. Graphically, the game is a lot sharper and more detailed and the game contains a lot of extra pieces of text and history. The biggest change, of course, is the original young protagonist. But for a new player, these improvements are not that spectacular. In terms of music and audio, all dialogue is now recorded by voice actors and the great soundtrack, which has been completely re-recorded, sounds even better.

NieR Replicant ver.1.22474487139 is therefore a game that is really intended for lovers of the original and less for players who have never come into contact with the series. The big improvements will mainly be noticed by the people who have already played the game. The graphical improvement is a bit disappointing, but the music makes up for it. The story is really the highlight, but the repetitive gameplay and the slow start make it very difficult to finish the story. If you want to give the series a chance, start with Automata and if you still feel like more, then this is a nice detailed extra.