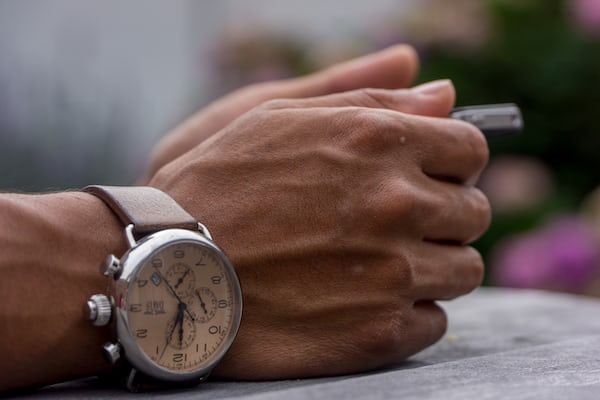 The world of the future

You often see that indie games have more creative input than triple-A games. Indies are more likely to take the risk of implementing their idea, but on a smaller scale. Retro Machina also seems like such a game. The Brazilian developer of the game dares to develop a creative action RPG that is slightly different from many standard action games. We experience in this interesting adventure that humanity does not need to be involved.

Retro Machina is a retro-futuristic action-puzzle RPG, in which players step into the metal shoes of a small robot, who decides to leave the assembly line it stands on. In the game, the robot decides to explore the world outside the factory, and investigate all the mysteries that take place now that humanity has perished. Looking for a way to fix itself, the robot is on the hunt for answers. Who transformed this world and why? You go back to Endeavor City to get the bottom stone up.

The story sounds quite simplistic, and it is, but the ambiance immediately sets the tone. Humanity has destroyed itself by the robots that are taking over. It just might be a glimpse into the future. Still, the game looks nice and retro. It’s a bit of the BioShock tone that they are trying to put down. The game is simply about platforms, but especially a lot of walking, defeating enemies and puzzling. Enemies have their own characteristics, and you quickly get to know them. One enemy can dash with a sword, the other shoots fireballs, and another is annoyingly small and simply runs at you. The enemies are relatively one-sided, and appear to a great extent in the game, but it becomes interesting especially when the combat gives way to puzzles. You have a power with which you can take over machines, so also various opponents. You can use this to your advantage, to open gates or get through small cracks. But you can also manipulate machines like elevators with your powers. The way in which these puzzles have been conceived and worked out can be praised, because they make the game a creative masterpiece. A small developer like this seems to have spent a lot of time on the level design, which is well put together, and also has a fairly large open world to offer, with many different areas, each with a different atmosphere. A slight blemish on all this is that the map is sometimes a bit cluttered, so that you sometimes do not immediately know where to go. Yet the game has some illogical logic, so that you usually end up in the areas where you need to be for your ultimate goal.

The gameplay itself is also fine. You can travel to different planets, and the main goal in the beginning is to find keys that unlock a door. You will encounter various large and small enemies in the game, and you can defeat them a little easier by using the RPG elements in the game. These can be called quite retro and are fixed, but can also be selected in a certain order and upgraded by handing in resources. From extra health to swinging an extra long robotic arm, there are about 10 perks you can use and which can be selected using the arrow keys on your controller (R2 to perform the action). In the game you also have all kinds of power-ups as extra health that you can use and you have collectibles that you can collect. This keeps the game quite limited in depth, but it does offer a perfect balance between what is possible and what is not. As far as I’m concerned, it’s good that the game makes exploring possible, but that this isn’t irritating due to a respawn of enemies in the world. The game remembers which enemies you have defeated in which areas, allowing you to return regularly without having to defeat waves of enemies again. The balance of the enemies that are there is also perfect. It never gets annoying when you have to defeat a few enemies again, and luckily the drop rate is fine in that regard, so the action moments never get monotonous. If you also die once, then you just continue in the same environment, and you don’t have to cover whole parts again, which increases the accessibility of the game. However, you have to completely defeat the bosses again, of course, and they can be called challenging. However, the game, again, has something that keeps the challenge going. Fortunately, you don’t give up easily and think, never mind and put the game aside, and I really appreciate that about this game. You always manage to get the balance over the line, to give you the feeling, ‘I’m just going to succeed’.

Where the game seems quite limited and linear in the beginning, the world soon opens up. The level design is supported by the large open worlds, but especially by the razor-sharp graphics, which feel both retro and very modern. Graphically, the game looks both 2D and 3D, due to the multiple layers in the platforms that look great. Furthermore, the game has a kind of mix between realistic and artwork-like style, which looks unique. The retro part is mainly in the user interface where you can view the inventory, the map and your collected objects. This looks like DOS and is sometimes a bit difficult to read due to the very small font of the texts. Still, you can’t control much in the menu interface, actually nothing at all. You can purchase RPG elements such as special attacks in a different menu at a special device that is suitable for this. They have thought of all the details, both in terms of gameplay, balance and in terms of graphics and audio. The soundtrack in the background is otherwise quiet, but sometimes brings just that bombastic, mechanical atmosphere that you need in a game like this. The sound effects are also fine, as are the loading times, although they (in this case on the PS5) are a bit on the long customer compared to other games on the same platform. Still, you don’t get too many loading times on your screen, so it never really gets annoying to have to wait those 10 seconds.

It’s that the combat sometimes feels a bit one-sided, otherwise this would have been a game to perfection. Retor Machina is excellent in its simplicity. You can really see that the developers have put their heart and soul into this game, because really in many areas this game is approaching perfection. Sure, it’s not comparable to a The Last of Us or anything, but for a ‘simple’ action puzzle game with probably a low and tight budget, the developer has made it a unique concept, which also manages to draw the perfection of the drawing board. to approach. The game contains many hours of gameplay (20+), and has even resulted in a slightly addictive effect for me, and then you do it more than well!