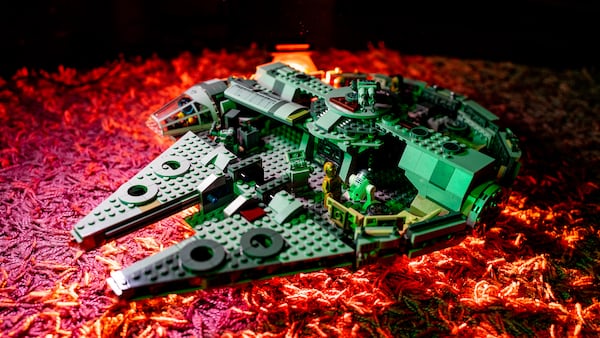 In the 1980s, two parts of the cult comedy with the catchy title Ghostbusters were released. The film has cult status in many circles, so it’s no wonder that the game developers try to refer to the topic from time to time. Unfortunately, all the productions released so far are not very successful. Undeterred by the failures of others, the Japanese studio Toybox decided to show their own perspective on the problem of ghosts and fighting them.

The plot imposes on us the role of a typical high school student. Ryusuke Touma comes to today’s Tokyo to continue his studies at a prestigious university. The only thing that distinguishes the young man is the ability to see ghosts, and as it turns out, the new school has its dark secrets. Anyway, on the very first day, Ryusuke becomes involved in the action of the Gate Keepers group, trying to eliminate the dangerous biocrotic reptile. As it usually happens, he becomes a member himself along with his classmate Sayuri Mifune. Formally, they both work in the editorial office of a paranormal magazine, which is a cover for their real activities.

The script was structured like a 13-episode B-class anime series, i.e. as a series of short, loosely related episodes. All in all, the whole concept works for good in the game, as the individual ghost stories are quite interesting and fun to follow. The charm is certainly added by the successful performances of the characters in the drama – both in the foreground and background. Each of them has a distinguishing feature, which makes it impossible to pass by indifferently by any of the characters. In addition to high school friends of both sexes, we will have to join forces with, for example, a scientist-otaku, a young witch, a stereotypical rocker, or even members of the Yakuza. The game touches on various taboos, so sometimes questions are asked about the rightness of the actions taken.

Looking at the graphics, we notice a significant difference in its performance. The fictional part received nicely rendered and diverse photos as the background of the dialogues, and the mature, moving portraits of characters as if borrowed from Compile Hearts titles, with their detail and style, they really catch the eye. Everything is kept in the tone of the setting sun. This is contrasted with the simple and schematic execution of the strategic part. We follow the course of direct fights through surveillance cameras – the ghosts themselves then look quite decent, but the surroundings are drowning in darkness. While playing, we listen to atmospheric rock rhythms, but the individual songs are a bit scarce. It is a pity, because the composer was not just anyone, Nobuo Uematsu himself. The dubbing issue was completely mocked. It actually consists only of occasional grunts, squeaks, greetings or greetings.

During conversations with characters, these characters often ask us for an opinion or expect a response. An interaction system is used for this purpose. It is a simple matter: there are two circles (one after the other) with the appropriate symbols of feelings and gestures, we choose one of each as we like (or ignore it), which gives as many as 26 combinations of our behavior. Although this has little impact on the dialogues, the right choice increases your familiarity with a given character. It is a pity that the whole system is not very intuitive, and the lack of a tutorial does not make things easier. Moreover, we encounter a cultural barrier, because what we consider to be a sign of good manners may be misunderstood there.

At first, the tactical part is even intriguing – before the action, we review the schematic technical plans of the property and set up various traps. Some restrict the freedom of movement of ghosts, others hurt them, paralyze them or force them to follow a designated direction. We also use electromagnetic field detectors and decoys. Then we send a four-person group of slayers in a van and we direct their actions on these plans with the help of the so-called Ouija panel.

Using AP points, we set the route and the type of attack / skill in advance, and then we set everything in motion. Opponents rather eager to fight are not and usually run away, even using electric cables or water and sewage pipes. Only the cornered (or enraged) begin to bite back. The fight itself takes place without the player’s interference, we only watch the animation. You complete the mission by exorcising the main troublemaker before the specified number of turns (minutes). The payout depends on our effectiveness and you can earn quite a lot, but we pay for any damage out of our own pocket.

Unfortunately, all this game of cat and mouse gives pleasure only during the short storyline, because by taking on numerous side quests, we quickly discover its limitations. It becomes too repetitive, and in combination with the simplified graphics, it quickly becomes boring. The variety of available plans is also modest, although in theory we will visit quite a large number of locations throughout the city. However, you can get the impression that the creators had ideas to diversify the gameplay more, but there was not enough time or money.

The situation is slightly improved by RPG elements. For a successful exorcism, characters receive experience points and advance to the next levels, learning new skills. The exception is the main character, who can only “borrow” them, but in return the player decides entirely about his development. In addition, by using the training option, hunters develop passive talents that translate into various aspects of the game itself. In our free time, we visit a shop, workshop, or play a board game with friends.

Tokyo Twilight is a typical species hybrid with all the advantages and disadvantages of such synergy. On the other hand, the combination of visual-novel, jRPG and strategy with a hint of management and horror turned out to be really interesting. Some interesting ideas were implemented but, unfortunately, due to the limited budget, they were not implemented properly. All in all it’s good, but it should be better.