Sonyers will attend a Gamescom 2018 that promises to surpass itself 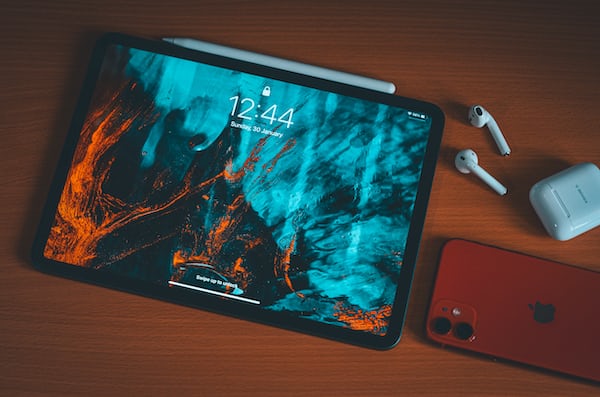 Sonyers will attend a Gamescom 2018 that promises to surpass itself

After attending E3 2018 held in Los Angeles for the first time in our young history, we can confirm that the pace will not stop and Sonyers will also have a physical presence at the event. Gamescom 2018the next great video game fair.

Gamescom, or GC for those who like abbreviations, will be held as in recent years in the German city of Cologne from August 21 to 24 and it will once again bring together the main companies, who will take advantage of the event to make announcements and show the latest version of the releases that will arrive in the coming months or years.

Do you want to know what awaits us? Then keep reading…

This year marks the tenth anniversary of the most massive video game fair in the world, a fair that is growing year after year.

And to prove it, here are some data… Since 2009 the number of exhibitors has grown by 100%, the number of visitors by 45% and the exhibition area has expanded by 68%. Almost nothing.

In this 2018 edition, a record number of exhibitors will be broken again, 20% more than last year, who will come from more than 50 countries and will occupy an area of ​​no less than 201,000 square meters. Will the 350,000 attendees last year be exceeded? We would bet on it without a doubt.

In addition, Gamescom 2018 will be very special for Spain, since this year it will be the guest country.

The joint stand of the invited country, Spain this year, will occupy 120 square meters. For the first time in Gamescom’s ten-year history, the invited country will not only be present in the business area, but also it will also take up space in the entertainment area.

Thus, game lovers from all over the world will have the opportunity to experience the Spanish video game sector live and personally appreciate the great reception that the guest country will offer in Hall 10.1.

At the joint stands we will be able to enjoy different activities: from talks and workshops by and with the best Spanish gaming experts to specific activities and sessions for Spanish programming studios. In addition, Spain will present at Gamescom 2018 the “Games from Spain” guide which offers numerous information related to the gaming market in Spain as well as an overview of the Spanish companies in the sector.

But Spain will not be alone in the German fair, the participation in the Gamescom of 28 pavilions from 25 countries. These include Austria, Australia, Argentina, Belgium, Brazil, Canada (2), Colombia, Korea, Croatia, Chile, China, Spain (2), the United States, Estonia, Finland, France, Great Britain, Italy, the Netherlands, Poland, Romania (2), Sweden and Switzerland. Also for the first time Japan and Malta will be present with a pavilion in the business area.

Gamescom 2018 will be a wide space to enjoy video games in many different ways. It will not only serve to play, although that is its reason for being, but also for professionals in the sector to share their experiences and knowledge in their conferences.

It will be in the devcom, organized by CMG Conferences, where we can enjoy dozens of conferences, summits, workshops and networking events, including the “Respawn” conference focused on Indian developers. There will be four great “keynotes” by four great personalities that have not yet been revealed. This event will be held from August 19 to 20 and you have more information here.

We will also have the SPOBIS Gaming & Media, an esports-focused congress organized by SPONSORS that will create an interface between eSports/Gaming and business and will be held on August 20. More details at www.spobis-media.de/en

And we don’t forget the merchandising in the fan shop arena. Around 80 companies will offer marketing articles related to the gaming theme that we can admire in hall 5.2.

A delight for the eyes and a nightmare for the pockets…

Gamescom 2018: The best place to play

the german fair brings together the best companies in the video game sector, who take advantage of the event to offer the hundreds of thousands of attendees the chance to play the titles that will hit stores in the coming months.

As of August 22, the fair opens its doors to all audiences, who will be able to enjoy everything that its five pavilions will offer: consoles, mobile games, PC games, presentations, concerts, contests, cosplay exhibitions…

The entertainment area is a true paradise for the gamer, who can play a few games next Jump Forcejump between buildings with Marvel’s Spider-Mancheck how it looks Resident Evil 2 Remake or throw a pique against a Frenchman in the next FIFA and PES.

Virtually all prestigious companies will be at the fair:

All Cologne will be a party, do you want to attend?

As usual, the German city of Cologne will celebrate the Gamescom throughout the city. The Gamescom City Festival will fill the urban center of the city with an endless number of musical offers, street culinary proposals, games, events… even juicy offers in stores!

A festival organized by Media Kultur Köln GmbH in cooperation with prime entertainment GmbH and promoted by the City of Cologne and the Koelnmesse GmbH.

Are you interested in attending? Unlike E3, which has very limited tickets and has only been offering them for a couple of years, or the Tokyo Game Show, which doesn’t directly sell tickets to the general public, Gamescom is the only massive fair that is 100% open and oriented to the public and anyone who buys their ticket can attend.

the fair is open from Wednesday 22 to Saturday 25 August, and although everything is sold out for Saturday, there are still tickets for the rest of the days. Tickets can only be obtained in the online store and you can access it from here: www.gamescom.global

And remember that In Sonyers you can follow in detail everything that Gamescom offers with our special envoys to the event.

Very attentive to the web to read all the news, to our YouTube channel and especially to our social networks (Facebook, Twitter, Instagram…) because we will offer you things that you will not be able to see anywhere else.

See you in Cologne! Auf Wiedersehen!