Made for Mark of the Ninja: Remastered

The noise of the battle is far away, I hear it, but its call becomes more and more insistent and captivating. They gave us orders, but Seifer’s idea intrigues me a lot. Oh God, is it true that he and I are really alike? After all, that’s what practically everyone keeps telling me… Better not think about it now!

Zell: “It’s an important test, we have to respect orders.”
Seifer: “Then you stay here. We don’t need the lazy! “

Two really nice guys, these two. On the one hand Seifer, to date the person to whom I must recognize the best talent to make those around him lose their temper in the easiest and fastest way possible, on the other Zell, the person, among those I know, who probably he gets hot most easily of all.

We are a really good team …

Seifer: Enemies are heading for the mountain. We preside over that area! “

We run away from the town square now more deserted than ever and, following Seifer, we venture across a long bridge. Halfway through the same we run into Galbadian troops, but once again, as always so far, the battle quickly turns in our favor without any worries.

At the end of the bridge, while Seifer continues his advance, heedless of me and Zell, the two of us stop to rescue a Dollet soldier on the ground. Speaking with him, we discover that the army of G-troops has targeted the transmission tower. So that will probably be the next goal towards which we will aim.

We leave the soldier behind us and resume our march until we reach the beginning of a staircase on which we see Seifer (strangely) waiting for us. Nearby, some Dollet soldiers wounded by the Galbadian troops who crossed this street before us with the aim of taking over the tower, for a reason still not clear to us. The last soldier we meet tells us that the road to the tower, which has been closed for some time, is full of monsters and that G troops would probably have been attacked by them. However, he does not have time to finish the sentence, as the attack of an Anacondar (a monster with the appearance of a large snake, known for its venom and common in this area) prematurely puts an end to his suffering.

I, Zell and Seifer therefore find ourselves having to face the attack no longer by military troops, but by monsters, exactly as we did so many times in training. Perhaps this could even make things easier for us.

The monster attacks, crushing him twice between its coils, Seifer, who responds promptly to the attacks suffered by the sound of Gunblade blows. But it is with the evocation of Shiva that we manage to solve the situation in the best possible way; the Anacondar, our luck, is weak to the frost element. This battle is also over.

Zell: “Pure monsters?”
Squall: “This is a great deal!”
Seifer: “The story just got more exciting. Come on let’s move! “

Sooner or later I’ll have to figure out if he’s a reckless fighter, or just an unconscious idiot. For now I just have to follow him …

We continue along the staircase, without however encountering particular difficulties. Just a few soldiers who quickly fall under our blows. At the end, arrived at the top of the steps, from behind a ridge of rock that we promptly use to hide from the enemy, we see that the soldiers have taken possession of the transmission tower, two of them also guard the entrance.

Suddenly the metal door behind them opens and a third comes out. We try to listen to the conversation as best we can. From what little we have understood it seems that the G troops are repairing the tower, but the reason for this interest still remains unknown.

Seifer: Is this your first time on a real battlefield? Fear?”
Squall: “I don’t know, I try not to think about it.”
Seifer: “I’m not afraid. I like wars. I wish they would never end. They make me feel close to the realization of my dream. “
Squall: “Dream?”
Seifer: “You’ll have yours too, right?”
Squall: “It’s not a speech I want to do.”

I really don’t want to talk about my dreams, nor do I want to talk to Seifer. But what will hers be? If I had been told this morning that I was going to end up in the middle of a conflict on a battlefield talking about our dreams with Seifer, I would have probably had a big laugh. Life is so strange …

Everyone in Final Fantasy VII Remake will have actor dubbing

My thoughts are interrupted by a female voice, “here you are!”.

While Seifer has already disappeared, Zell and I turn in the direction of the voice and a female figure appears from the top of a mound of rocks. We hardly even have time to look at her face as, having slipped on a stone in a precarious position, the girl rolls down practically to our feet. I help her to get up and I recognize in her small figure and cheerful face and lively eyes the same girl I had helped this morning by giving her a hand to better understand how to move inside the Garden of Balamb. 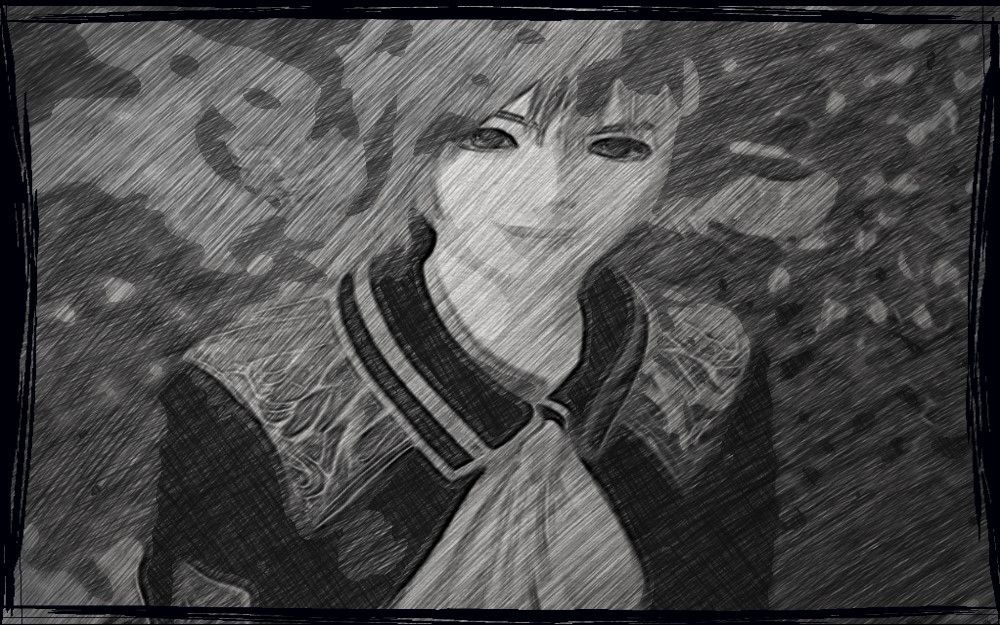 “Thanks to you, I get lost a little less than before. Sorry, I didn’t show up. I’m Selphie, runner from team A. “

Selphie, asks me where the foreman Seifer is, who in the meantime has arrived alone at the entrance to the tower. I point it out to him with a bit of resignation and he turns around and yells at me “… one day I’ll tell you about my romantic dream!”

What the ****? Romantic dream? Seifer? The same Seifer with whom we played them this morning, leaving each other’s face a memory of their lifetime? This mission is truly taking on the contours of the unlikely!

Final Fantasy VII Remake will not do without big changes

I try to recover from the amazement of what I heard, just in time to see Selphie jump off (this girl is a top made of unconsciousness) from the rocks on which we find ourselves to go in pursuit of Seifer, who in the meantime has entered the inside of the transmission tower.

I have to follow it, we have to follow it, even if Zell does not seem very enthusiastic about the leap we are about to take. It’s definitely not one of the cleverest ideas on this mission, but I have a feeling it won’t be the last for today.

Final Fantasy XII The Zodiac Age: Advice on which classes to use

‘WipEout Omega Collection’ will have a retro edition

Bioshock Review: The Collection – Welcome back to Rapture and Columbia

Ambition of the Slimes will hit Nintendo Switch on January 18