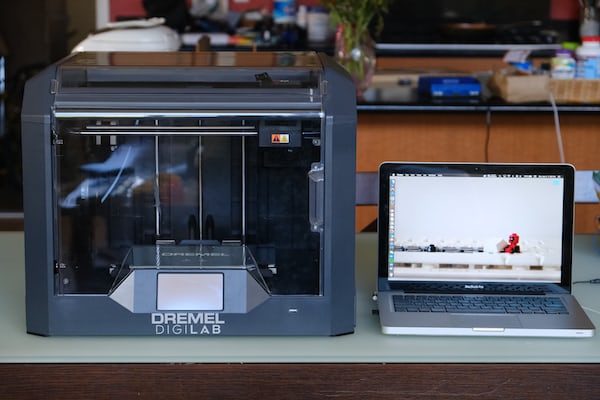 Swearing, yelling, smiling, surprising, frowning and sweating. Just a few verbs in a row that describe my experience with The Ascent. It’s rare that I throw an emotional cry at the screen while gaming. Cries like ‘how then?’ or ‘seriously?’ or ‘never mind.’ Things you say when you bump your head against that support beam for the umpteenth time that hangs just a little too low, but has been in the same place for thirty years. I personally don’t use those phrases too often. On the other hand, while playing The Ascent, these flew around like I was salting on a frigid winter night. Which by the way is not bad. After all, that support beam hangs just above the stairs to the attic for a reason, and salting in the winter is not an unnecessary luxury.

The Ascent is a twin-stick shooter with a touch of Diablo, a big dash of cyberpunk and a little bit of Elysium. Dead Nation (the gameplay loop), featuring Diablo (the RPG elements) and Cyberpunk 2077 (the setting). Although Veles, the world in which The Ascent is located, is a lot dirtier than the suburbs of Night City. Like most games with online multiplayer, you start by creating an (ugly) character and you can start in the bottom layer of Veles to work your way through all kinds of landlords or organizations to the top layer. The game does its best to create reasonably detailed factions and groups, but in essence it comes down to trying to knock off that big bad, meaningless million-dollar organization during the main story. Characters come and go for no reason and the amount of characters you really bond with can be counted on one hand. In general, they are mainly angry and unenjoyable. The world is kaput so everyone is trying to make the best of it in their own way. The countless sidequests offer a little more relief and function well as a distraction for that constantly present burden on your digital shoulders. That is also allowed during the more than fifteen-hour campaign.

The story seems more like a means of dropping you into as many firefights as possible. It’s more about the setting itself and the game does that fantastically. Veles looks stunning from the moment you start to the end with all kinds of smaller details to make the world breathe or suffocate. It is played with multiple camera angles to emphasize what is happening during gameplay. The soundtrack is quite cliché in the genre. It does give that extra bit of charge that goes with it.

Shooting rounds until you go crazy

Spinning it 360 degrees (ha!), the actual gameplay of The Ascent is similar to games like Dead Nation, Alienation and Nex Machina. You have your left stick to move, your right stick to aim and your right trigger to shoot. Through augmentations and a tactical weapon, you can bring up to three additional weapons or support tools at any time. Equipment such as grenades, rescue robots, turrets and healing items. Each with its own gauge and a cooldown crammed into the corner of your screen. A bit difficult to read during the chaos of the gameplay, but every meter has a sound to make it clear that it is time to be used again.

What no gauges are used for are your two default weapons. Handguns, shotguns, rocket launchers, machine guns and all the other standard weaponry you can expect from a shooter. Spread across multiple “elements” to directly attack enemies’ weaknesses. You’re going to need that, because the game can get damn difficult as soon as it suddenly feels like it. Unique element is the ability to hide behind any object and shoot over the object with a click on the left trigger. Simply going around in circles and firing is of little use, as the more difficult encounters soon send a stream of melee enemies to flank you. You can also forget about kiting enemies, because they walk back after a bit to fully charge their life bar again. Staying in the middle of the firefight, taking cover and using your full arsenal is the best tactic. That only benefits the game. This one is at its best during the gigantic chaos that arises during firefights. Exploding cars, crumbling cement, bodies bouncing in all directions and the stream of bullets that just won’t stop. Gunfights are heart rate elevating, adrenaline fueled and a joy to play in multiplayer.

It is recommended that you play most of the game with someone else. Couch co-op will be nearly as extinct as the dodo by 2021. Fortunately, The Ascent becomes a lot more fun. The frustration that arises during boss fights is thus limited. There are unbelievably high peaks of difficulty that can almost only be overcome on your own by grinding, having gear that fits the situation perfectly, or banging your head against that support beam until it breaks. All three options that are not exactly pleasant. That difficulty usually arises from being dumped in a closed room with simply too many enemies. A fun challenge with multiple players, but frustrating on your own.

Let me say it right away, even though the game is quite similar to Diablo, it doesn’t come close to some loot and RPG elements. Although there is a reasonable amount of different weapons and the like available, but keeping yourself busy with the underlying numbers is generally not really necessary. Enemy shoots with electric weapons? Okay, put on that one helmet with extra protection against that one element and forget about your gear for the next two hours until you hit one of those peaks in difficulty again. This is especially true for the stats that are directly linked to your character. Pumping the most in critical hit rate is the best option I’ve found, but it doesn’t necessarily make the gameplay any different or easier. In the end, the most important thing is still how well you can aim.

Loot is essentially a thing. Where most loot-based games overload you with junk, The Ascent handles that fairly modestly. Bosses usually give a lot of money and if you are a bit lucky one weapon. Which you usually already own. So you are in the wrong place to feel that rush of looting.

The Ascent has become a great game that breaks at times due to the ambitions of the small group of developers. The meaningless story and the high peaks in difficulty are a small blemish on the whole. There are also some unwelcome bugs and glitches. For example, a cutscene didn’t trigger for me, so I couldn’t continue. At that point, the game also refused to go back to the main menu forcing me to close everything. However, the gameplay remains fascinating and that is what this is about. Just don’t expect deep RPG elements. You really need to start another game for that.