The news of PlayStation VR in the Madrid Gaming Experience 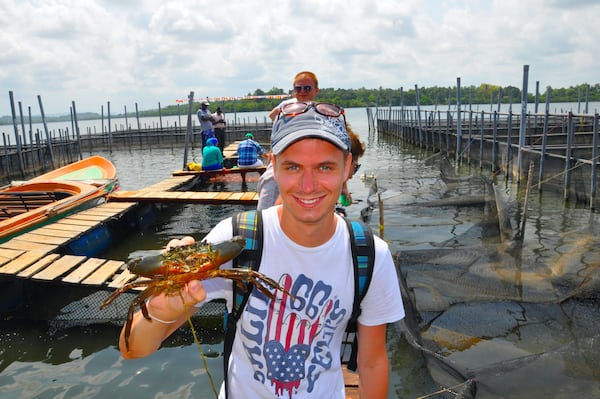 The news of PlayStation VR in the Madrid Gaming Experience

We have attended the Madrid Gaming Experience at the IFEMA site, and we want to share with our readers the first impressions of some of the games that were there to PlayStation VR.

The presence of PSVR in the PlayStation area was important, and it is clear that the company knows that if it wants to sell its product, people must try it. To do this, he brought a good number of helmets and several of his next releases, so that attendees could discover the world of virtual reality.

It is worth clarifying that about The Impatient, which is not discussed in this article, we will write a separate review, since we will soon attend an event directly related to this game. Well, having said that, I invite you to know our opinion about what we have seen.

We finally tried Bravo Team, a Supermassive Games game that has the aim controller support as the main attraction. We knew it was a Time Crisis type game, where you move from cover to cover, remaining hidden until you show up with a button on the pistol control to shoot it.

The demo that we have played took place on a bridge cut and full of crowded vehicles, as if they had collided. On the one hand, my partner Bernie and I, talking through the micro of the glasses; the feeling of seeing your colleague there, in the virtual world, is always very rewarding. Opposite, on the other side, a kind of terrorists. Along the way you collect ammunition boxes. If your comrade falls, you can approach him to perform first aid. The rest consists of killing bad guys, which became somewhat complicated because inexplicably, behind me, there was a light billboard that undoubtedly made it difficult for the Aim Controller to track well.

Unfortunately, a month after its release, we doubt that the game can be polished much more. I say this because lacks certain important details. For example, the scenery elements are not destructible, except for the windows of the vehicles; but both headlights and tires, for example, remained immaculate before our shots. I was also surprised to see that when I opened fire on the cars in the middle distance, there didn’t seem to be a single mark left on them, until I got closer and then I could see the bullet holes. Also, the feel with the rifle isn’t exactly satisfying, but rather ethereal, like we’re not actually shooting projectiles. Add to this, at first, just starting the demo, a drop in frame rate! It’s the first time I’ve seen it in virtual reality, but it has been as is, verified at the same point in the game during two different games.

At Sonyers we want to be close, clear and direct, and this Bravo Team, who didn’t convince me in the E3 presentation video, hasn’t done it now either. On the good side, we have graphics that aren’t bad, with good effects and plenty of elements on the screen. Yes indeed, the demo was running on a PlayStation 4 Pro, so it remains to be seen what Slim’s version looks like.

If anyone expects a triple A from this game, I’m either very wrong or it’s not even remotely the case. I fear that Farpoint will continue to be the undisputed king of Aim Controller, pending to see if Doom VFR ends up supporting it as rumored. We will have to see how long this Bravo Team finally lasts, what variety of weapons it has and what different situations it poses. Hopefully I’m wrong and things improve in the final version.

The Ministry of Time VR: Save Time

A pleasant surprise, without a doubt, which by the way is already on PSN… and free! Of course, when trying this game -being a Spanish development based on a television product-, the first question that comes to one is: “but is this one of those half-hour experiences?”. And the truth is, I don’t know. What I can tell you is that the game mixes interactive videos recorded in 360º with polygonal environments, all enlivened by the original actors of the series.

The demo I tried was escape room type, where we have to solve a puzzle to get out of a room. The clues, while not exactly difficult, were quite clever. In the end we were about to enter one of the gates of time and that was the end of it, leaving us wanting more.

This time the game was running on a PlayStation 4 Slim, and I must say that I found the graphics very convincing. Inside the room everything was perfectly recreated, with some very careful details. In addition, we can freely move around the environment and, although the sequential turn was activated, I trust that the commercial version allows also the traditional or smooth turn.

In short, a game that, as long as it has a decent duration, is well worth it just for the magnificent setting… and more so at that price. Of course, for fans of the series it is a must-see experience.

A curious game, as you may have imagined. The first thing that catches your eye, for worse, is excessive pixelation. However, soon you realize that this due to the abundance of textures, Resident Evil 7 style. The game ran on a PlayStation 4 Slim and I’m afraid that this time the extra power that Pro provides will come in handy.

In the demo we find ourselves in front of a paradisiacal lake together with our friend Prompto, who will act as a photographer in our fishing session. And that’s what the game is about, fishing, something that apparently excites the Japanese (there are dozens of video games of this type there). With a kind of sonar we see where the fish can go, and then, rod in hand, we cast the line to see if there is any luck.

The control is executed with the PlayStation Move and is quite precise and, I must confess, rewarding. That of fishing a good piece has its point. The surprising thing has been to verify that, after catching three more or less small fish, suddenly a giant one appeared in the purest boss style and that’s when we took out… a crossbow! So, with a clean shot, we must stupefy the monstrous fish and then hunt it, well, or fish. At the end of the demo, Prompto has given me a photo where I saw myself holding one of the fish, which I found very original and funny.

Be careful with this game, because as always it could incur monotony and short duration, or try to be a complete game, in which case it has quite curious elements and, above all, different from what we have been seeing in the West. I liked it, at least I saw it.