This War of Mine: The Little Ones review 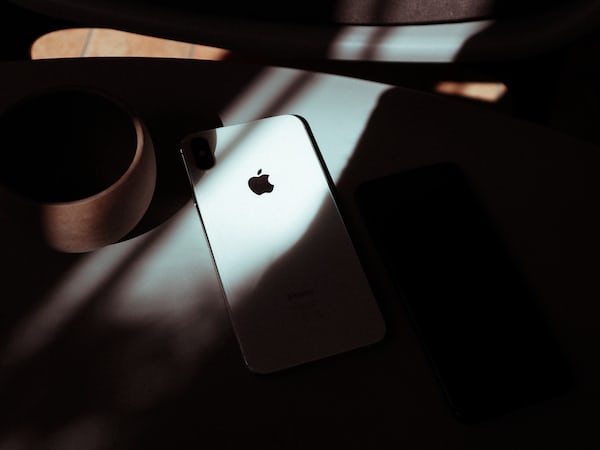 This War of Mine: The Little Ones review

WAR AS YOU HAVE NEVER SEEN AND EXPERIENCED IT

War is, to our great regret, the topic that most appears today in everyday speeches, including bombings and bombings, threats of nuclear conflicts and massacres in every part of the world. Reports from conflict-torn war zones such as Syria, just to name one, flock to the net as much as to TV, but too often we prefer to close our eyes to all this, simply by changing the channel; but then we are indignant when similar events affect us “a little” in a closer way.

The world of video games has often catapulted us into war contexts, letting us see and experience the war through the eyes of heroic soldiers loaded with ******** and adrenaline, sending us into the heart of shootings, explosions and conflicts that probably do not fit our real social status.

To give a new point of view on the conflict came, at the end of 2014, This War of Mine, title made by the Polish team 11 bit Studios, which has given the videogame universe a new, unusual point of view that makes us reflect on the war and its consequences, not so much on trained soldiers and armies, but on the population, on normal people who from one day to the next see their lives upset by the conflict, their loved ones die and the need to survive at all costs and make their way with supreme urgency in the their daily lives, often having to deal with choices every day that can damage their morals and their certainties.

11 bit Studios gives us what is probably the point of view on war closest to the vast majority of gamers, no gunfights and gunfights, only broken lives, sadness and the need to survive.

When a little more than a year ago the title landed on PC, it received a plebiscite of consensus, thanks to a new and well-developed idea, which gave a more human point of view on a tragic event like war, too often made “Hollywood” from the FPS. Now the title has also arrived on PlayStation 4 and Xbox One, giving an equally satisfying gaming experience.

THE GAME … AND THE “LITTLE”

This War of Mine catapults us into contexts of cities under siege devastated by war, giving us the task of guaranteeing the survival of a small number of survivors united in groups a little by chance and a little by necessity, each with their own, sad , history, but all with the common hope of surviving the conflict and resuming a regular daily life that perhaps too often is taken for granted.

The aim of the game is to survive, in the best possible way, hoping that the end of the conflict and the arrival of the peacekeepers will happen as quickly as possible, but as a rule we do not know if or when this will happen.

TWOM The Little Ones represents the landing of the title of 11 bit Studios on consoles and brings with it an important novelty: the presence of children. In addition to the normal mechanics that those who have played TWOM already know, we will also have the task of “managing” the little ones and making their war experience, however difficult, as livable as possible. It will therefore be up to retrieve toys to give them a smile, play with them and also build games for their peace of mind, as well as obviously taking care of their needs related to appetite and health.

The game manages to give you some thrills dictated by the identification in the context, when, for example, one of the runaway children that you have welcomed in your shelter will ask you questions that will be difficult to answer. The classic questions that big fans struggle to answer properly, but here everything is made more bitter by the war and the devastation that surrounds you.

Children will not have the manual skills of adults, but they will be able to learn if they are taught by an adult. They will have, as it should be, a much less stable and solid health and psyche than adults and therefore will often run the risk of falling ill or falling into depression. Unlike what will happen to adults, however (and fortunately) they will not die before our eyes, but if the situation becomes unbearable they will abandon your refuge by simply losing their tracks.

Beyond the emotional shock dictated by the presence of children, in TWOM your humanity will also be moved by the choices that you will have to face both during the day and during the night.

The gameplay of the game is divided into two distinct and opposing phases, day and night.
During the daytime game phases the focal point of the game is represented by the “management” component. In fact, we will find ourselves managing our refuge, expanding and improving it; we will have to take care of our group of survivors, build beds, cook food, play with the children, keep the mood of adults high with musical instruments or interesting readings, make useful objects necessary for survival, such as a stove to cook food, avoiding so to have to eat it raw, or stoves to fight the cold, a radio to get information, a little, on the state of the conflict or listen to music, an armchair …

In short, everything that could be used to make the situation in which your group of survivors find themselves living as much as possible.

In the nights of TWOM the gameplay of the game turns into stealth in 2.5D, engaging in advance missions in search of the necessary resources to the survival of our group. First of all we will have to choose the tasks of those who stay at the shelter and decide whether to send them all to bed, thus allowing a total recovery from fatigue to the group, or whether to set up guard shifts to defend our group of survivors from the nocturnal assaults of the marauders, always ready to raid food and medicine from the weakest and most defenseless survivors.

Then we will have to choose which character to venture into the night in search of resources of various kinds, choosing the character by virtue of its unique peculiarity; there will be those who will be a sprinter and therefore faster in their movements, as there will be those who will have more space in their backpack to store the resources found around, the choice is yours alone.

Here the game turns into a platformer with stealth sessions because, by virtue of the location we will decide to visit, choosing from a multitude of environments with as many “typical” resources, from abandoned houses full of food, to hospitals full of medicines but well guarded, passing through supermarkets and military outposts full of food and defense tools, we could run into armed men and marauders from whom we would do well to watch our backs, wisely avoiding firefights as much as possible and moving with caution between the various areas of the game. Even ordinary citizens could threaten you with a knife if they consider you a threat, after all it is mere survival, situations well representing the worm of mistrust that sneaks up on the human mind in these circumstances.

The atmosphere of the game (which on PlayStation 4 runs at 60 FPS with a resolution of 1080p) has maintained the level of anguish and sadness that had been reached with the first edition of TWOM, thanks to a dark and exciting soundtrack and environments from the cold and sometimes very dark colors that well represent the emotional state of your characters, who will hardly tend to “warm up” for the events at stake.

However, the transition from PC to console has lost its rhythm, basically dictated by the use of the pad rather than the mouse. We thus move from point and click mechanics of the PC version, certainly faster and suitable for such a game, to direct control of individual characters on the console, to be physically moved with the left analog stick to the position of the object with which to interact. , which significantly slows down the game and the ability to make the characters do more things in short spans of time, with sometimes too (TOO!) cumbersome and imprecise controls, which call into question both the L1 and R1 triggers to change selection from one character to another as much as the R3 and L3 analog sticks to zoom the view, with the “classic” buttons used for interaction with the other characters or the choice of one of several solutions proposed by the game interface that will appear on the screen in particular situations.

The random creation of events, seasons, characters, stories, settings and duration of the conflict gives that the right amount of longevity to a game that if not interpreted in the correct way could be quickly pointed out as repetitive by the most superficial gamers.

AUTHOR’S COMMENT This War of Mine: The Little Ones, the console transposition of the title released just over a year ago on PC, is a small video gem. The game is committed to telling the horrors of war seen from a point of view from which we are not used to seeing them, thrilling with the stories and music and inviting us to reflect on a topic on which we are, in recent years and by virtue of modern history, too often become indifferent (until it touches us from more or less close).
The sadness given is amplified in this new episode by the presence of children, a presence that could however be used more wisely to create something even more unique, rather than just touching the tip of an important emotional iceberg represented by the binomial “children / war ”, Developing a storyline that was missed a year ago.
Everything good is lost a bit because of the controls that could perhaps have been designed in a better way and that at the first gaming experiences could make you lose your temper several times, but the gaming experience is still very enjoyable, albeit not at par. than the one on PC last year.