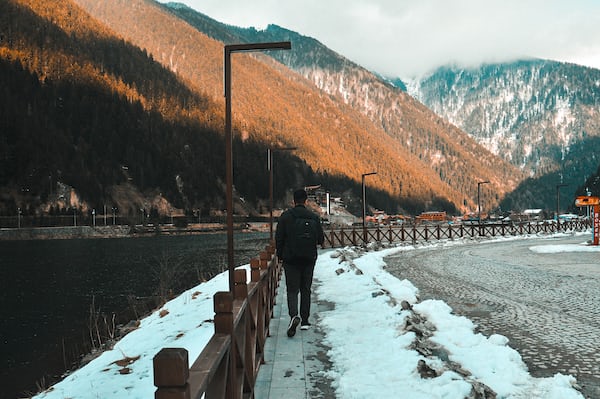 If someone asked me about the most modern city in the world, my first association would be the capital of Japan. That’s why I’m not surprised that SMAC Games chose Tokyo as the setting for their futuristic game. It was enough to use the stereotype that everything with the made in Japan label must be “strange” and we have the base for the game ready.

The story in Tokyo 42 begins with the fact that we get tipped off and escape our apartment. During the escape, we are shot at by the police. It quickly becomes apparent that we are accused of murder. Wanting to find out who’s trying to set us up, we become… ironically, a hit man. By carrying out subsequent missions and cooperating with the criminal underworld of Tokyo, we gain the necessary reputation and contacts. It is not without significance that the immortality pills are in common use. I hope that SMAC Games has Nostradamus genes in it and we will see this technology in 2042. The plot of the game is not too complex, so it is not electrifying. We focus more on who to kill, and thus push the main plot forward. In addition, Tokyo 42 offers a number of side activities that resemble a mix of various mini-games.

How much and how?

Thrown into the deep end, we learn the trade quickly. Our main assignments are based on the elimination of the target. Sometimes we receive instructions on how to execute the sentence. This could be shooting someone off with a sniper rifle or sneaking up in ninja style with a katana in hand. In other cases, we make our choice depending on our preferences. The stealth mechanics are much simpler than fighting a group of enemies, so I used this option more often. Unfortunately, both options pale in practice and get bored quickly. As already mentioned, side missions are often mini-games. Among them we have a kind of parkour, the goal is to reach the finish line within a certain time and collect pills along the way. In the next side mission, we drive a motorbike, which is not only extremely irritating in mechanics, but has not been fully tested yet. During the race on the track, instead of tearing your guts out, just back off a bit, run through the start and the lap is completed.

What kind of trade, such tools

We unlock new weapons for the money earned. It’s not spectacularly much, but enough. In addition, there are gadgets, such as clothes of certain factions, which will allow us to remain unnoticed or kittens, which when released into the field, detect a potential threat. I didn’t need the above-mentioned options, that’s why I didn’t use them. In practice, everything is much more simplified than it may appear in descriptions, gameplays or screens. Fans of finds in Tokyo 42 will have a lot to do, because there is a lot of it, and the way the world was created encourages them to search.

The biggest advantage of Tokyo 42 is … Tokyo and how it was designed. As befits a futuristic metropolis, it is diverse, and each subsequent district is a separate world. We will visit temples and a nudist park, who, next to punks and suits, are one of the factions. All this at the tops of skyscrapers. Despite the specific graphics, the world created by SMAC Games looks really nice. Unfortunately, gameplay cannot keep us at the monitor for a long time, so all the charm is quickly lost.

We observe what is happening in Tokyo 42 from the perspective of the isometric projection. We can rotate the camera by 90 degrees with one click, which gives us the ability to look from four angles. Of course, without this option, it would be a completely different game, but it does not change the fact that it will irritate us many times. We happen to die or fall from a height, because after changing the angle, it turns out that we can’t see anything. In places, it is difficult to determine the difference in height or distance. This is best seen in the physics of grenades, sometimes it’s hard to predict how it will bounce and where it will hit.

We got a nice-looking, open world, the activities of which do not necessarily encourage us to act. We have a deathmatch multiplayer mode, but (in my geographic location) the servers are empty. The characteristic soundtrack, which is not much cheaper on Steam than the game itself, somehow did not appeal to me, but rather forced me to breaks. In the case of Tokyo 42, it’s hard to talk about unused potential, because I have no idea for any changes that could make the game more enjoyable. In my eyes, Tokyo 42 does not stand out enough to be a discovery among indie games, and the mechanics is more like a collection of mini-games that bring to mind online games from free sites.