Where The Heart Leads 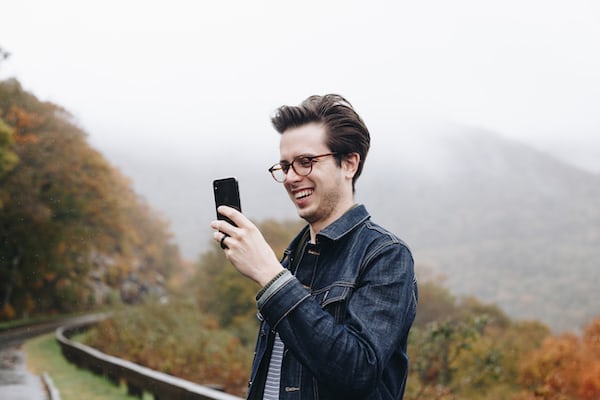 Where The Heart Leads

Life is Strange, The Dark Pictures, nowadays you see more and more narrative games in which the story is determined by the player. Where The Heart Leads is such a new game in which you experience a story and determine how it ends. It is a slightly different perspective than that of, for example, Life is Strange, but nevertheless this is an interesting game.

One stormy evening, husband and father Whit Andersen descends into a massive sinkhole to rescue the family’s dog that has fallen into a created ravine. After falling into the deep end, Whit finds himself in a realm beyond his imagination, where moments from his past, present and future reveal themselves like dreams. As his life story unfolds before him, he gains the ability to change it. You lead a life full of choices, blame and you choose who to protect and who not to, and then determine the fate of yourself and others.

This is a new top-down adventure game. It should be clear that the game revolves around the story. In the various environments, starting at your family’s farm, you can move yourself (in some cases also climb) and talk to other characters, and that you can talk is clear. With speech bubbles the conversations go back and forth, and I can say that they are not frugal and too short. So if you don’t feel like reading a lengthy conversation, it’s better to let this game pass you by right away. The speech bubbles are also quite small (UPDATE: This has now been improved with an update) when you sit further away from your screen, and cannot be enlarged, making it a tiresome reading. It is therefore advisable to get started with this game well equipped, and to follow it well, because soon you will notice that it becomes a long stretch, where you can put people in a good or bad light. Do you keep characters’ secrets, or do you betray them in front of them? It’s up to you to give it a spin. During the conversations you are put on the spot with important choices. Do you reassure someone, do you tell a secret, do you trust someone? It’s all up to you and it has consequences.

In the game you can review ‘thoughts’, including objects you encounter in the game. However, in terms of gameplay, the game doesn’t offer much. You can interact with objects and characters, or you can do nothing. It is in fact not a platformer or anything like that, but you can simply move and have conversations and read back where desired. That makes the game quite simplistic, but goes deep, very deep. It is not for nothing that the script contains more than half a million words and hundreds of outcomes. Personally, I found the beginning very interesting, but after a few hours the game gets a bit more complicated, and you have to find your way around the environments a bit more. Sometimes you have to search and collect objects, and sometimes you simply have to carry out an assignment for someone, before you can make further progress. I personally liked it especially in the first part, but after a while, if the story grabs you a little less, you quickly lose your way, and with it the game.

As soon as what is mentioned in the previous paragraph happens, it is better to put the game away. If you start skipping conversations, you lose control over the story and you don’t really know what you’re doing anymore. Sometimes you don’t know what your assignment is now, while you have been clearly told that you have to look for some objects, for example tools to build something in the city. Following the story is therefore essential, no matter how boring it can get at times, and how fascinating it is at times. The gameplay doesn’t always help with that either. This one has little depth and is sometimes even difficult to read. You have to stand just right if you want to interact with a character or interact with an object, and that can be quite frustrating at times. Furthermore, the game has an artwork-like style in terms of graphics, something that appealed to me, but never really looks very special. Especially the graphics in cities are messy and in my opinion not really well developed. In addition, it is sometimes also a struggle with the camera to see your character well in the picture, without it hiding behind a building or a tree full of leaves. In terms of audio, the game is calm and dreamy, which is good in itself, as concentration is important in the game. In addition, the loading times are also very long, although you only have to wait once until you are in-game, and you can actually continue working with the game after about 30 seconds.

Where The Heart Leads has its pros and cons, but will either appeal to you incredibly or dislike it incredibly. Don’t like a lot of reading, and a rather flat way of interacting? Then this is definitely a game you should skip. But do you like a story with an incredible amount of depth, which probably also has some boring moments here and there for you as a player, but where choices have consequences, and where you get to know characters deep down? Then this might be a very interesting game for you. I’ll leave the judgment aside for now, but this consideration will undoubtedly determine for you whether this is a winner or an incredible loser of a game. However, will you be replaying this game again? I don’t think so, but hopefully you can live with the end result of what your heart has brought you to.