Yoko Taro talks about the success of ‘NieR: Automata’ and her plans to continue working with Platinum Games 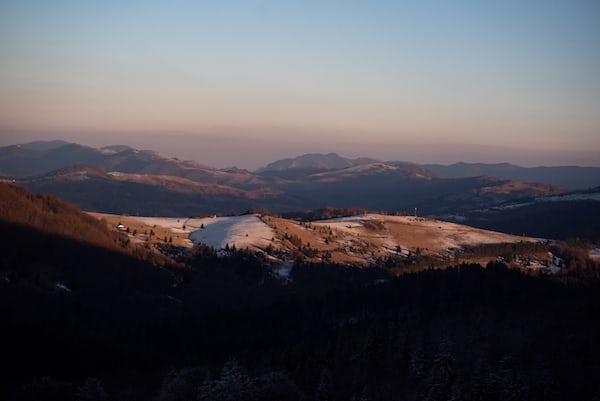 Yoko Taro talks about the success of ‘NieR: Automata’ and her plans to continue working with Platinum Games

NieR: Automata has been one of the great surprises of this 2017 and its eccentric and always fun Director Yoko Tarō has always been at the center of all conversations about it. In a recent interview with Game Informer, Yoko Taro has opened up a bit more and talked about her reaction to the success of NieR: Automata as well as telling more about her relationship with Platinum Games going forward.

To get started, Yoko Taro talked about how NieR: Automata came true after Cavia, the team that developed the original NieR, disbanded:

After Drakengard 3 was released, I think everyone was tired of the games I was making back then, and I really didn’t want to work anymore. I was thinking that I would probably go hide in the mountains and live there for the rest of my life as a hermit or something. It just so happens that at that time in Lord Yosuke Saito, who was obviously a bit tired after working on Dragon Quest and was not thinking straight, decided to give me another chance with something like NieR. This is how he wears a new NieR; I’m still not sure how it happened.

Yoko Taro went on to talk about the success of Automata considering the seven years that have passed since the release of the original and its predecessor.

Certainly from my perspective and from a fan perspective, I think everyone thought NieR was a dead IP at the time, so I was really surprised when they started talking about doing another one. I thought it might be very interesting when I heard that Platinum would be developing another one. Although I never thought it would be a success; I thought it would probably be a nice game. But no, there was certainly potential there. Looking back, I think the kind of games that Platinum makes are much more for those action game maniacs, and it’s a very closed area, but it seemed like an excellent fit with the kind of really geek worlds that Square Enix makes. I think overall, they made a good match together.

Platinum Games co-founder Hideki Kamiya thanked Yoko Taro for “saving” Platinum thanks to NieR: Automata, and Yoko Taro has given her humble opinion on these statements:

What I think of Platinum is that they are very talented, a unique type of studio with their own path. There are many passionate and capable young directors. And of course they go outside the line, they give their opinion on what they want to do and how to take the games to the top, and then it’s these guys at the top that make it happen. It’s a great company.

The other part of the question is about Lord Kamiya’s announcement that NieR: Automata has saved Platinum. I think part of it is just him being nice to us and talking to us. I think we have a lot to thank him for; certainly all of the youth development staff that I’ve already talked about. It really is a great opportunity for them to show what they have and it makes them grow two or three levels. And overall, I think it’s something the entire NieR team, myself included, have to thank for. I think they have done a brilliant job with it.

Talking about whether or not she would like to continue working with Platinum Games in the future, Yoko Taro has expressed her interest although she is currently not working on anything.

Not that we have anything planned immediately, but certainly. I discussed a lot with the young staff of the Platinum team and it would be really great to work with them again in the future. I also talked with our producer at Square Enix, Mr. Yosuke Saito, about what to do in the future. Of course, the other part is that if Square Enix provides the money, I will always do whatever is asked of me.

Yoko Taro continues in the interview talking about his passion for drinking as well as getting a little philosophical giving his opinion on the purpose of life, a theme that is prevalent in NieR: Automata. While some know Taro because of the strange moon mask she wears, her thoughts are deeper and more interesting than one might expect. If you want to know all this and more, you can read the full interview here.

What is the next thing you would like to see from this great Director?