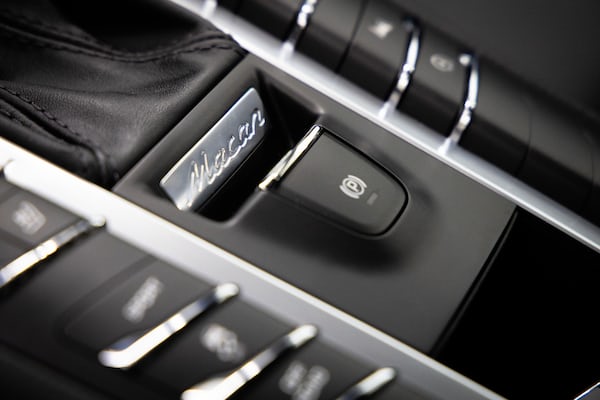 With the launch of the Nintendo 3DS, the Nintendo 3DS mainly had to rely on third party publishers. The group had virtually no titles of its own, so it was dependent on external publishers. SEGA is such a publisher. They came up with Super Monkey Ball 3D. An old concept, but this time cast in a 3D jacket. Whether that leads to a successful evolution of the franchise, however, is the big question that everyone will want to see answered.

While my personal Nintendo 3DS crashes for the first time and shows a Black Screen of Death, I’m writing this review about a game that has kept me busy for several hours on the Nintendo Wii. Super Monkey Ball was already an evolving series back then. Because what better way to direct a ball with a monkey as content than by using motion controls. People have also asked themselves that question with this 3D version of the game on the handheld. For the first time, Super Monkey Ball can also be played on the handheld in combination with motion controls. Let’s start at the beginning.

First of all, Super Monkey Ball 3D has more game modes than the previously released Wii version, which in short actually consisted of only 1 actual gameplay component, rolling with our monkey friend. The added content actually played a forgotten supporting role. This time the game starts with a selection of three game modes, which are completely different from each other. It concerns the standard rollebol mode, which is specific to the series, a race mode and a platform mode, the Monkey Fight mode. In the race mode you can simply race on several different tracks, in the well-known Mario Kart way. Of course the gameplay is somewhat simplified, but power-ups can also be used, with which you can spend quite a few hours on this extra mode. The Monkey Fight is just such a mode, not really addictive, or extensive, but undoubtedly an added value, which makes the game extra valuable. In the Monkey Fight game mode you can collect bananas in different series (Basic, Countdown, Bomb Rush and for example Super Fight) by knocking them out of your opponents with your boxing gloves and of course characteristic strength. You can hold other monkeys, hit with a powerful attack, or perform a charge attack. In addition, you can jump from platform to platform, and you can dash. Sounds extensive, but is simpler than it looks. This mode will undoubtedly not keep you busy for days, but can be fun for in between.

And then of course there’s the Monkey Ball mode, which is what it’s all about. In this mode you can use the Challenge mode, in which you can start rolling balls in different worlds. Controlling can go the way you want it, so an extra dimension has been added, not only in the graphical area. You can use the new thumbstick on the left side of your 3DS, but you can also use the motion sensing feature of the handheld. This option works surprisingly well. In the Circle Pad mode you can use the left stick, in which it is especially noticeable that the overview in the game is a bit clumsy. The camera works depending on the movements of the thumbstick, and that regularly causes a lack of overview. If you go forward, the camera will largely position itself behind the ball, not an ideal way of playing. The sensitivity level that has been integrated into the game is high, so you have to be careful. The controls therefore react sensitively, but they are so functional and correct. In the approximately 70 levels that the game has to offer, one of course more difficult than the other, the other bigger than the other, you will spend the necessary hours working on all kinds of challenging balance problems. The gameplay is the same as before, and the levels are very similar to the Wii version that appeared a while back. Still, you’ll undoubtedly have a lot of fun with this game in between, especially if you’ve never encountered Super Monkey Ball before. If the 3 game modes don’t offer enough entertainment, you can also go online in the US mode, although for most it will be a chore to find a session to join.

And then the 3D aspect. Graphically, the game looks very decent, both in 3D and 2D. While I personally really like the 3D visuals of the handheld’s standard 3D interface, this game is sickening in 3D at times. It starts with the start screen, where you don’t know how to look at your screen. The backgrounds seem to fool your brain and eyes blur, and sometimes even double. In my opinion it is not recommended to play the game in 3D, especially in the Monkey Race and the Monkey Ball race. The optical illusion makes you quickly start to get a headache from the game. This mainly depends on how you should look at the screen. The difference between depth images and images in the foreground has not been fully worked out as it should be. This creates optical illusions, and therefore headaches that can arise. Although it’s not that bad in the Monkey Ball mode, it’s a really sickening flaw in the race mode. Especially in that mode 2D got my priority. All in all, the 3D effects look good. Playing with 3D is therefore a successful move.

The soundtracks in this game have to keep the atmosphere cheerful, and they succeed in a positive way. Although you sometimes get a bit tired of all those happy tunes, everything sounds crystal clear, atmospheric and clear. Apart from the music and the fairly standard sound effects, there is not much that can be said about the audiovisual side of Monkey Ball 3D. This is just as expected, well put together, but will undoubtedly not give you nostalgic memories.

Super Monkey Ball 3D doesn’t do much in terms of concept and is actually more of a demonstration of what the 3DS can do in the 3D and tilt area. Both supported features stand out well, and the extra game modes, including racing and boxing in platform gameplay, are good additions, although they are not really unique or addictive. The standard Monkey Ball gameplay also works very well, and actually resembles the Wii version that launched a while back. This game does not do much new on the handheld, but it is simply a very solid, very acceptable game in content, which does not want to stand out too much.